Christkindlmarkt No.2: the sinister figures and snowcapped mountains of Austria, Innsbruck 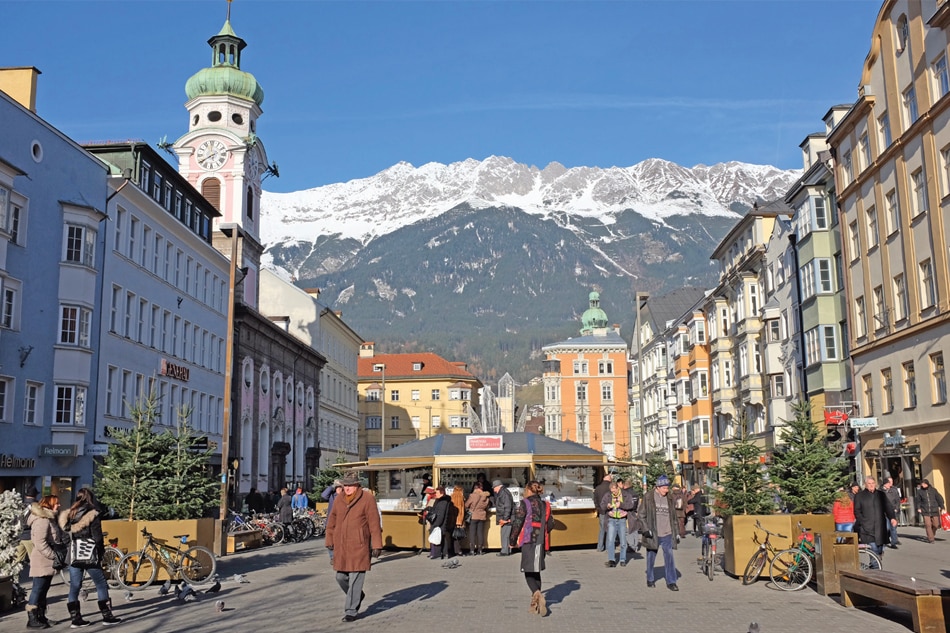 Christkindlmarkt No.2: the sinister figures and snowcapped mountains of Austria, Innsbruck

What it lacks in size and variety, it more than makes up with the most scenic backdrop possible for a Christkindlmarkt: snowcapped mountains. In our second of a series on Christmas markets in Europe, we focus on Austria, Innsbruck
David Celdran | Dec 14 2018
facebook twitter

Austria and Germany share more than a common border and single language; racially speaking, the two are also identical. But while most of Germany was swept up by the Protestant Reformation, a large part of Austria managed to remain Catholic, Innsbruck in the Tyrolean Alps included.

Despite the difference in religious traditions, Christmas markets are just as popular on this side of the Alps. In Innsbruck, in fact, you can hardly tell you've left Germany as the Christkindlmarkts that occupy the center of the Old Town and nearby Marktplatz are celebrated just as enthusiastically.

Common features abound: stands selling gliihein, grilled sausages, and handcrafted Christmas toys and ornaments. But while their German counterparts adorn their homes with cheerful symbols of yuletide, the Tyrolean Austrians tend to do the reverse with sinister giant figures and spooky fairy tale tableaux. I never figured out why, though it could be their odd way of interpreting Santa's warning about knowing if you've been "naughty, not nice."

With only a few hundred stands scattered across the whole city, Innsbruck's market may seem underwhelming compared to the big cities of Germany. But what it lacks in size and variety, it more than makes up with the most scenic backdrop possible for a Christkindlmarkt. Few things are as Christmassy as the sight of snowcapped mountains. At the Marktplatz, the rows of market stalls are perfectly framed by the Tyrolean Alps, which seem as if they were put there just in time for the holidays. It's a scene worthy of a Christmas card and, along with the puppet show, pony ride, and petting zoo on site, it's a yuletide moment that's guaranteed to make you feel like a child again.