Growing up, the Beetle was a member of the family 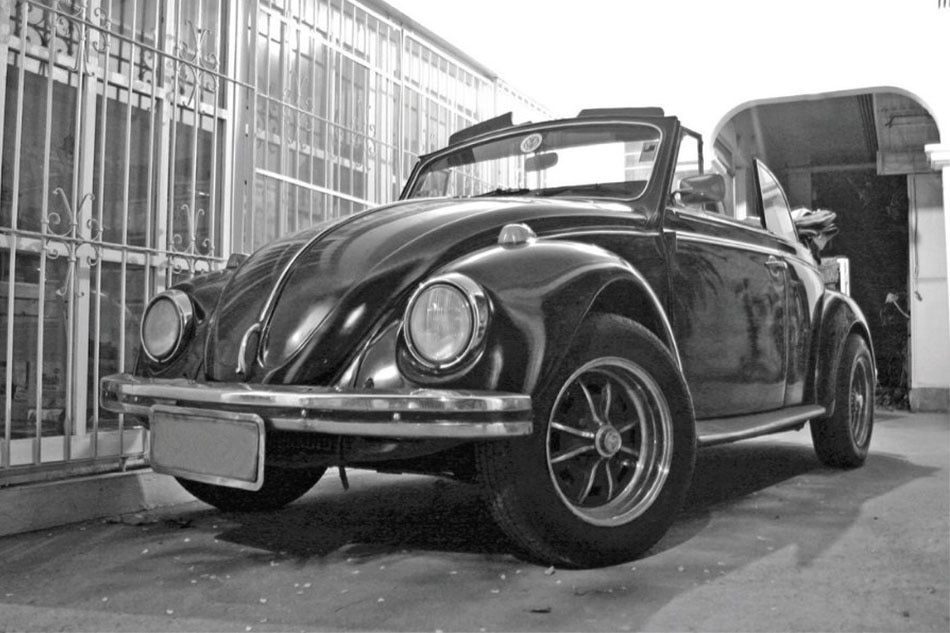 Growing up, the Beetle was a member of the family

Designed to be a commuter vehicle for the masses, the classic Volkswagen was never the boy-racer dream car any other brand could easily transform into. But it's got charm and romance
Iñigo S. Roces | Dec 25 2018
facebook twitter

Drive a classic Beetle around for a few minutes and a curious ritual occurs every time you pass another. The other Beetle will sound a brief beep, prompting you to beep yourself and wave as you pass each other. Neither of you may know the other, yet this little greeting is extended nonetheless. It's just one of the simple joys of owning a Beetle, and, by extension, being in the Beetle drivers' "club."

Growing up "bitten by the bug," as impassioned owners say, it's an act that's almost too easy to take for granted, as if it were a custom passed from generation to generation. I only noticed how unique it was when a friend rode along and asked what it was about.

My dad would often tell friends that, after speaking "Mama" and "Papa" as an infant, the third word I uttered was "goong-goong." It's what I called any Beetle, so named after the eponymous sound of the air-cooled, flat-four cylinder layout.

I've been riding bugs for as long as I can recall. Though the family had a regular Japanese sedan for most commutes and errands, it was Dad's black '69 Beetle convertible that I always enjoyed riding. It was different—in many joyous and memorable ways. It had a certain vibration to it, with a soothing, stare-drawing hum when cruising. And, owing to a lack of air-conditioning, it was always driven with the windows down.

Air conditioner-free vehicles always presented a greater sense of freedom about them. Perhaps, it was the air that blew in, thanks to the twisting quarter window that directed air straight into the cabin. The feature had been phased out as the 90s rolled in, and air conditioning became a standard in most cars instead of an option.

Open windows also meant a noisier journey but, back then, traffic was hardly an issue, noisy exhaust systems had yet to come into vogue, and hearing kids utter, 'Tendon?' (a variation of the "punch buggy" game) as the bug drove by never failed to coax a smile.

The trips we enjoyed the most were the day trips out of town. These were organized by the members of the Volkswagen Club. They would be short trips to places like the picnic grove in Tagaytay, one of the member's farms in Bulacan, or to a much talked-about restaurant out of town. On these trips, there would be a whole convoy of Beetles and other Volkswagens in a variety of shapes and forms. You can imagine the hurt awaiting the poor kid whose friend spots the convoy first.

Best of all, my sister and I would team up and chant, "Top down!" repeatedly. My dad would have little recourse but to fold the roof down to placate us. This made it seem like the whole world was traveling with us. There were no pillars to block our view. The wind blew in from everywhere and into everything. We would stand up, while my father was not looking, arms raised high into the air, mouths open, and take in all the road had to offer. Sure, our hair would be messy, a thin layer of dirt would have built up on our faces, but we were easily the happiest children around. The lack of a roof, ironically, was first class travel, as far as we were concerned.

As expected, the car was a loved member of the family. So much so that it became the subject of many arguments between my sister and I. After all, the time would come when we'd be old enough to drive and both of us wouldn't have any other car but the Beetle.

My clever father knew it would happen, and had already begun restoring another vehicle, a Karmann Ghia cabriolet. It came down to a simple coin toss, the winner of which would get to call which car they would keep. My sister called heads, picked the Beetle and left me bitter for the better part of the week. The Karmann Ghia was a long way from being restored, much less something to show off. The five-year plan my dad had seemed like forever to an eager kid.

Fortune would smile on me much later in life. My sister, much more concerned then about college, friends, and fashion, outgrew her love of Volkswagens. While she learned to drive with the Beetle, she knew she could pull on my father's heartstrings and borrow the other car, an automatic. Concerning herself with shifting gears and depressing the clutch seemed like a plebeian affair. I couldn't be happier to realize I'd have both Volkswagens to choose from.

As I grew up, so did the Volkswagen Club. What started as the Karmann Registry, a small group of VWs finished by German coach builder Karmann, grew to become the Volkswagen Club of the Philippines, a national auto club with members in the hundreds of thousands, spanning chapters all across the archipelago. The annual car show on the first Sunday of December, intended as a fundraiser, has become a Mecca for all things VW in the country, attended by members and enthusiasts from all over the Philippines. It has even gotten its name in the Guinness Book of World Records for the longest convoy of same make vehicles, spanning several kilometers and made up more than 1,000 vehicles.

By this time, I had already learned to drive on the Beetle, just like my sister had. My Dad had remarked that I drove it with the top down more times in one week than he had the entire time he owned it. Needless to say, I was enjoying my car.

Though I was happy with my Volkswagen, I couldn't help but look on with envy over the speed, power, and technology in my peers' cars. New features like fuel injection, ABS, traction control, and independent suspension are best appreciated by those that don't have it. And so I turned to modifying my car in an effort to keep up with the Joneses. Out with the conservative color and in with a louder paint scheme, flashy wheels, and, of course, more power.

Yet, the Beetle, designed to be a commuter vehicle for the masses, would never be the boy-racer dream machine any Honda could easily transform into. There would always be a little play in the steering, some wandering within the lane on the highway, and acceleration no better than a diesel pickup. The micro-chipped modern aids could never be installed. Despite my dogged persistence, the Beetle would never be anything more than a Beetle.

Instead, I learned my enthusiasm for cars would pay dividends as a career. A fledgling car magazine hired me as a writer. Part of the perks included borrowing some of the latest vehicles to test drive and critique. I would finally get behind the wheels of cars I always dreamed about, if only for a few days.

Yet, as pleasurable as the Mercedes-Benzes, BMWs, and Porsches were, all that technology can dampen the driving experience the Beetle offered so effortlessly. They're stable, safe, and fast, yet also boring in some sense.

Nothing got the heart pumping like fighting with a steering wheel unburdened by power assist. Tempering the throttle so as not to flood the carbureted engine is now a dying art. The dogleg H-gate transmission can still occasionally challenge seasoned owners. And, indeed, nothing forces smoother steering input quite like the threat of a spin out, easily caused by a rear-heavy, rear-wheel drive vehicle.

Like first girlfriends, first cars are something not easily forgotten. There could be no more iconic car to start with than a Beetle. And, for those that never had the chance, the Beetle offers the best way to detox from the disconnected modern driving experience.