Malaysia from a Mazda: the flavors and sights of a city not exactly unlike ours Ipoh is a very old town with residents of Chinese descent. Photograph by Mikko David
Drive Cars and Bikes

Malaysia from a Mazda: the flavors and sights of a city not exactly unlike ours

Admit it: if there's one thing we look forward to with any drive far and away, it's where we're going to stop to eat.

Some people like to travel to see natural wonders, visit museums, shop for souvenirs and get their photos taken at monuments. For most of us, however, we prefer to experience the food.

We like sitting at small tapas bars in places like Madrid, sit in cramped ramen shops in Hokkaido, or sweat it out in line while waiting at hawker centers in Singapore. Why? Because you're literally taking in the culture in ways that pictures or languages simply cannot simulate. For the most part, this experience is best accomplished with a road trip.

Malaysia is one such place.

Normally, when we visit this country, we typically stay in one place: Kuala Lumpur, or KL. That's fair. Personally, my experiences visiting Malaysia has been restricted to the airport hotel, as the events I go to for my job happen at the Sepang Formula One circuit just adjacent to it.

Despite the airport hotel’s 5-star rating, I knew I was missing out on the Malaysian dining experience. There was one time that a good buddy of mine, a Malaysian local, came by and picked me up, and we drove down to Klang Valley in KL, sampling a dish known as Bak Kut Teh. I was hooked on this pork bone stew, which is literally made from special spiced teabags.

And then came the realization: if their food at an ordinary roadside cafe is that good, what about the rest of the country? So when the guys over at Mazda Philippines sent a message about a drive in Malaysia, the answer was a resounding yes.

As always, we landed in KL. It's a maze just like Manila. People walking to wherever they need to go without a care for signs, heavy traffic, and lots of tall buildings—the greatest of which are the Petronas Twin Towers.

We weren't going to stay long in KL, but that doesn't mean we won't get to try the incredible food there. Our hosts decided to bring us to the South Sea Seafood Restaurant, right next to the old primary airport that served Kuala Lumpur in Subang.

This place is where you go if you want live seafood, judging by the assortment of fish tanks and aquariums that house a variety of bounty with either a shell, a set of fins, or a pair of pincers. And their chefs prepare them properly to bring out the flavor, or add a sauce that works fantastic as a dip for fried Mantou bread. If you feel like burning a hole in your pocket, you can even opt for live king crab.

The next day, we picked up our rides from Mazda: the CX-5 and the new CX-9. The CX-5 is the compact crossover of Mazda, but the CX-9 is undeniably the flagship: a midsize crossover from a company that's best known for driving thrills, performance, and motorsport. But don't let the size fool you: this may be a fairly big SUV, but it's got that same DNA that wants to deliver driving thrills whenever the road opens up.

We sliced our way through mid-morning Kuala Lumpur traffic, which wasn't easy. The driving is similar to ours in Manila, albeit faster given their road network. We made a stop at another training center, then headed out into car parts central; their version of our city’s “Banawe”. We're car guys after all.

Afterwards, we got a little hungry. And this time, we decided to go for something that's a far cry from last night's exceptional but expensive meal. We wanted something more local. More egalitarian, even. That's how we ended up in a local cafe.

Ask any working class hero here where to eat and chances are they'll point you to their favorite roadside cafe. There are many of these cafes catering to local tastes on strip malls, and with Malaysia's cultural diversity, you won't be left wanting for choice. Malay, Chinese, Indian, Halal; the challenge won't be so much finding a good place to eat, but picking which one to eat at. We preferred the Chinese variety, so we went for a place that served chicken rice; yes, the same chicken rice they have in Singapore, but I'd argue that Malaysia's is better... and cheaper.

We hopped on our cars again and drove further north. This time, we were headed for Ipoh. The drive is fairly long, just about 205 kilometers. It sounds like a lot of distance to cover, but given their expressways, we could drive for even longer. And the closer we got to Ipoh, the road became a bit twistier, a great place to enjoy a vehicle, even with crossovers like the Mazda CX-5 and CX-9.

The acceleration of that 2.5-liter turbo in the CX-9 isn't to be taken lightly, and if you're a bit nuts with the throttle pedal, you will have to react to the torque steer. The CX-5 is a bit more balanced, but the version we were driving was already the previous generation so it felt a little dated. That didn't matter though, the fun factor was still there.

We pulled into Ipoh and it seems like we had arrived in a land that's from a different time. A lot of the buildings look like they were built in the 1920s and 1930s, and the roads between them are noticeably narrower.

Ipoh actually is where a lot of Chinese immigrants settled back in the day, and was once a boom town due to tin mining. Of course they've already stopped production, but Ipoh still retains that old world charm; something akin to walking places like Vigan or Binondo. There's even a road called Concubine Lane; that's where the wealthier men of Ipoh housed their, uh, other significant others. Ipoh is also the origin of Old Town; a famous Malaysian chain known for their white coffee.

We stayed in a place called the Happy 8. Our host, Steven Tan, actually knows the town very well, and this hotel was a trading shop for bird's nest; yes, the ingredient for the eponymous soup. Now it seems like a woodworker's dream home, what with many live-edged wood and walls decorated with art. We were told it became a furniture shop before becoming a hotel.

If there's one thing that's unique about Ipoh beyond the feel of the town and the many interesting bits you can see here and there, it's the breakfast. Steven actually said we should forego the complimentary hotel breakfast and go to a place called Ming Court.

If you've been to a Hong Kong dimsum place for breakfast, you know how tricky it can be. And I'm talking about simply getting a table... there's nothing simple about it. You stand behind the chairs of a group that's finished their meal (or just about finished), hoping that they get uncomfortable enough to bill out and head out, and then you take their place. And you don't exactly order food from a menu; they just keep coming in trays carried by the staff, and you pick from whatever is on them. Mind you, the dimsum -siomai, tausi ribs, hargow, etc.- was exceptional and deceptively filling.

With full bellies and plenty of interesting stories, we hopped back into our Mazdas and continued on our way. Ipoh, interesting as it was, is just our halfway point. We were going to George Town in Penang, and that's another 150 kilometers north.

The roads from Ipoh to Penang are indeed fun. You get a mix of windy tollway driving, as well as some long straights were you can really stretch the legs of these big Mazdas. Towards the end, we approached what appears to be a bridge, and a long one at that. I actually hadn't consulted a map before coming, so I didn't know we were going to Penang Island.

We crossed the long bridge (named the Penang Second Bridge), driving past another island that was a leper colony, so I've been told, and then into George Town, the capital of Penang. This historic city was founded by Captain Francis Light of the British East India Company. It was the British Empire's first foray into South East Asia, and takes its name from King George III.

The colony became a major trading hub for the British thanks to its easy access to the sea. The grounds our hotel stood on was integral to the trading post status of Penang; fishermen actually brought in their catch through the tunnel to be weighed. More importantly, Penang preserved much of its architectural heritage—from colonial buildings to private houses and other structures—so much so that UNESCO declared George Town as a World Heritage Site. 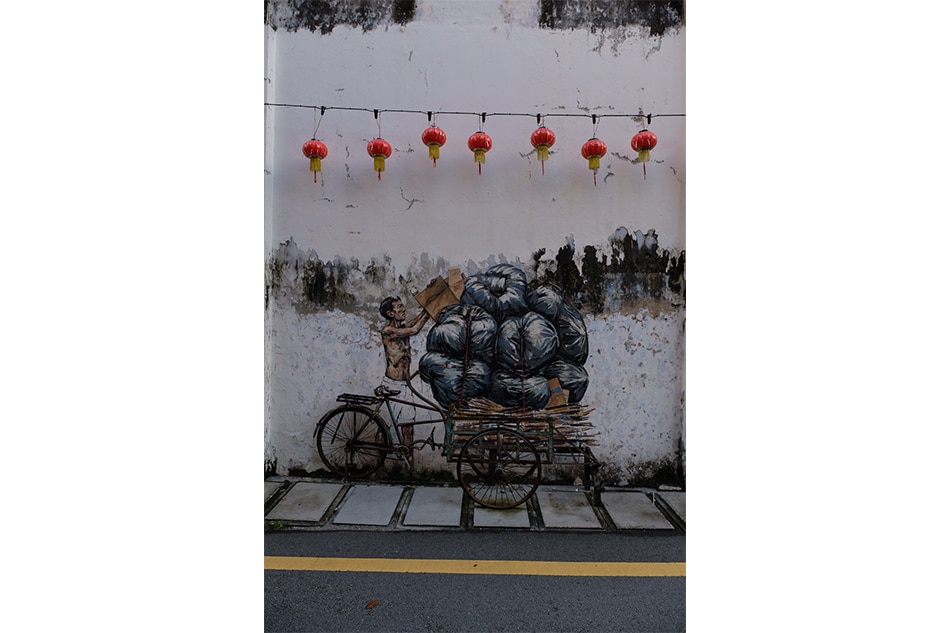 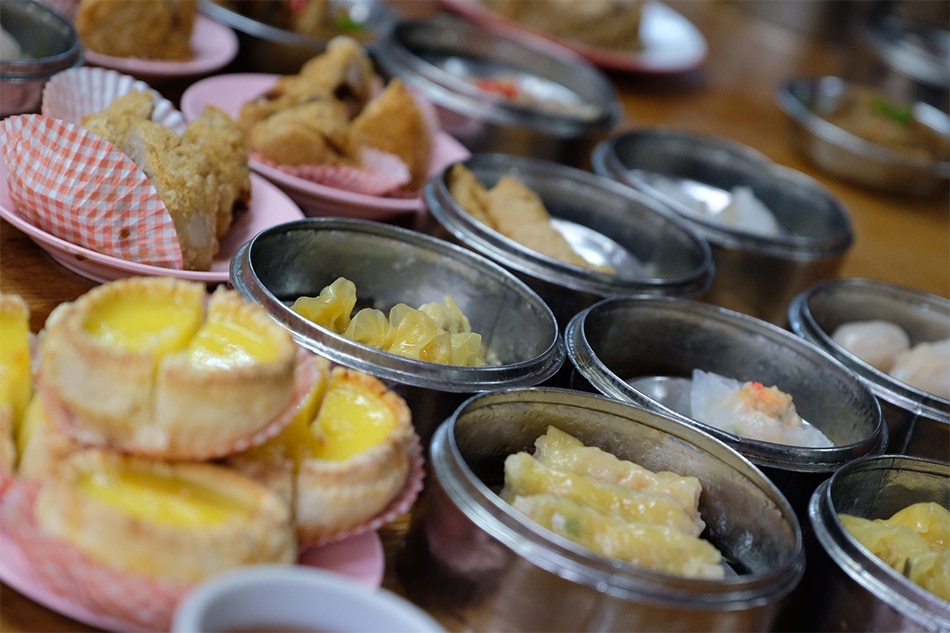 George town from the jetty

Due to the Chinese population, Ipoh is a great place to enjoy their food

There's a temple dedicated to snakes near Penang Airport

Best of all, the eating in Penang is incredible. Yes, there's a significant ethnic Chinese population, making the food very diverse and interesting, but there's also the proximity to the border with Thailand, which also has an effect on the cuisine: there's a bit more spiciness, if that's your thing.

I'm glad I finally got the chance to enjoy what Malaysia has to offer: fun roads, interesting cities, great food, and good people. I'm sure there's plenty left to explore, but this is a good start, considering my previous visits were just within KL.

This would be the end of our time with the Mazdas that got us here; two of the most enjoyable crossovers in the market that we'd gladly volunteer to drive, no matter the length of the journey. And if that involved another food-driven adventure from KL to Ipoh to Penang, count me in.