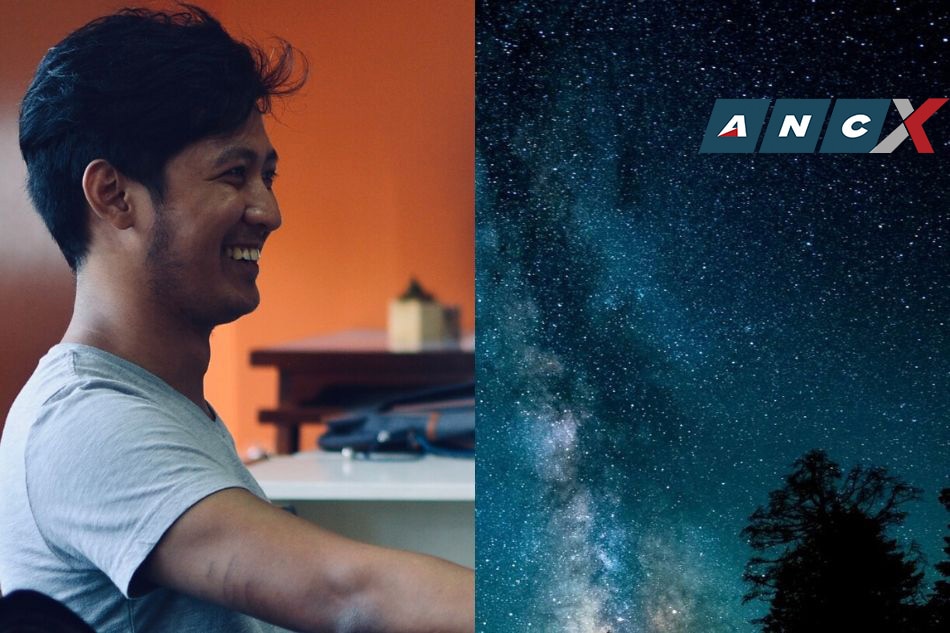 Reggie Bernardo says we have many globally-competitive scientists in the country, but they need to be supported properly. Photo by Casey Horner on Unsplash
Culture Spotlight

A former seminarian, Reggie Bernardo was able to achieve something no one else in the country has. In his own words, the 28-year-old shares the challenges that local scientists face and how his field of study can help the nation. AS TOLD TO NANA CARAGAY
ANCX | Jun 21 2020
facebook twitter

Why is the earth the third planet from the sun? What keeps the sun shining? Will we ever be able to harness its energy?

Among all the subjects in elementary and high school, science has always been my favorite. There’s just something fascinating about the solar system and the universe that keeps me hooked. But, unlike many of my colleagues in the University of the Philippines, I don’t think I have a natural scientific ability. I definitely didn’t have the best grades and even flunked a majority of my subjects in first year high school at Don Bosco College, Canlubang. But this doesn’t really matter; I continue to love science, no matter what.

My high school buddies and I spent our breaks talking about science when we weren’t trying to conjure up Naruto ninja jutsus. This spark did not diminish, not even when I entered the seminary, and actually burst into flame when I transferred into BS Physics at UP. It was here that I met non-fictional scientists for the first time. I worked hard after that. Like many of my classmates, I failed plenty of major exams in my first and second year. But I was able to keep up eventually, after receiving help from many genius professors and friends.

The theory of everything

After leaving the seminary, I needed to do something with my life. That’s when I decided to pursue physics. My family was supportive. The decision to continue grad school came after I realized a scientific career in physics starts only after getting a PhD. It takes a PhD, and even a post-doc, to contemplate whether one can really become a scientist.

Among theoretical physicists, Richard Feynman is someone I will always look up to. His lecture series, The Feynman Lectures, borders between popular science and the usual textbooks. Reading them changed the way I think about solving problems; it also helped that there were a lot of copies lying around the College of Science library. I also admire Eric Galapon, Perry Esguerra, and Ian Vega, the big three supervisors of the Theoretical Physics Group at UP’s National Institute of Physics. I learned what it means to be a theoretical physicist from them, and would consider myself very lucky to accomplish even half of what they’ve been able to do.

If I had to explain gravitational physics to the ordinary person, I would start with the UAAP. Gravity is the reason we enjoy watching basketball and volleyball. This same force shapes the rest of the universe; it’s why the earth is the third planet from the sun, why stars, black holes, and galaxies are formed. But we don’t completely understand it yet for cosmological distances—imagine, say, a ruler that is 10^20 times longer than EDSA. And this is where we should continue the work of Isaac Newton and Albert Einstein.

But why is it important? There are a lot of creative ways to use gravitational physics to improve our way of life. I’m sure everybody knows GPS wouldn’t work without Einstein’s theory of relativity. But look also at NASA’s Gravity Recovery and Climate Experiment, or GRACE mission. At its core is a spherical harmonics expansion of the gravitational field of earth, and we can do this just as well here in the Philippines. Most importantly, thanks to recent breakthroughs in gravitational wave astronomy and black hole imaging, we are in a golden age of gravitational physics. Scientists all over the world are actively participating in unlocking the mysteries of the dark universe, and gravity affects everybody. Why should we be left out of this quest when we are just as smart as they are?

A case for the Filipino scientist

There is a lot of room for growth in scientific research in the Philippines. We have many competitive scientists here. But there are not enough of them, and this is a serious problem. Because of this, most of them are flooded with admin and teaching duties aside from mentoring and research, which dampens scientific productivity. Many of them mentor at least 20 students, each of whom have to be given thesis problems and ideally demand many hours of research meetings per week. At the same time, they also have families and children and deserve to enjoy a life outside of research. This has been the case ever since I entered UP, and probably even long before.

Imagine if we could fully maximize scientific productivity in the country—with fully operational laboratories backed by many scientists, biologists, chemists, geologists, and physicists, practicing their professions and working together everywhere in the provinces and in Metro Manila. How proud would we all be if we could locally develop groundbreaking theories and technologies that would be admired by the whole world, for the rest of history? Suppose even any one among the likes of Albert Einstein, Werner Heisenberg, Paul Dirac, Stephen Hawking, or Kip Thorne was a Filipino? We should encourage and financially support local scientists and students in the basic sciences to turn this dream into reality.

The fact is, students in non-science high schools currently outnumber those from science high schools. Building a stronger scientific community requires that we encourage all interested students to take up degrees in the basic sciences. Students from science high schools are also friendly and helpful; they were some of my nicest classmates and indeed excel and deserve distinction. But at some point, every student will feel left behind and fail courses or exams. Just keep on being interested and explore your own ways of learning. Don’t be embarrassed to ask for help. As Charles Xavier said in X-Men: Days of Future Past: “Just because someone stumbles and loses their way, doesn't mean they're lost forever. Sometimes, we all need a little help.”

To infinity and beyond

It’s fun to try and understand the world’s physical laws—seeing a laser beam and imagining a stream of photons, or thinking about how the air molecules have accelerated when the temperature gets warm. You start seeing equations everywhere. I’ve always enjoyed movies, and it's nice to see one with a strong scientific foundation, like Interstellar. But movie-making is an art, and artistic touches could be just as enjoyable or possibly even more impactful than being scientifically accurate.

I will be taking my first post-doc at the Asia Pacific Center for Theoretical Physics in South Korea soon after graduating, then I intend to do one or two more post-docs to strengthen my expertise, but most importantly, to build collaborations. The endgame would be a tenure-track position here in the Philippines.

I would be very happy if I could establish my own research group and mentor local talents one day. I hope to see a time where there will be physicists in every corner of the country—they could teach only one lecture class per semester, and have an outstanding team composed of one or two post-docs, hired either locally or from abroad, two or three PhDs, and a few Master’s students and undergrads.

I wasn’t able to follow the recent SpaceX launch because I was working on my thesis. Though I admire the bravery of astronauts, I’d rather go to the beach. In the future, I hope to pay frequent visits to La Union or Boracay to relax, but also to collaborate on projects with fellow scientists, say, from the Rizal Institute of Physics based in La Union or Calamba.

To learn more about Reggie Bernardo’s work, log on to reggiebernardo.weebly.com.