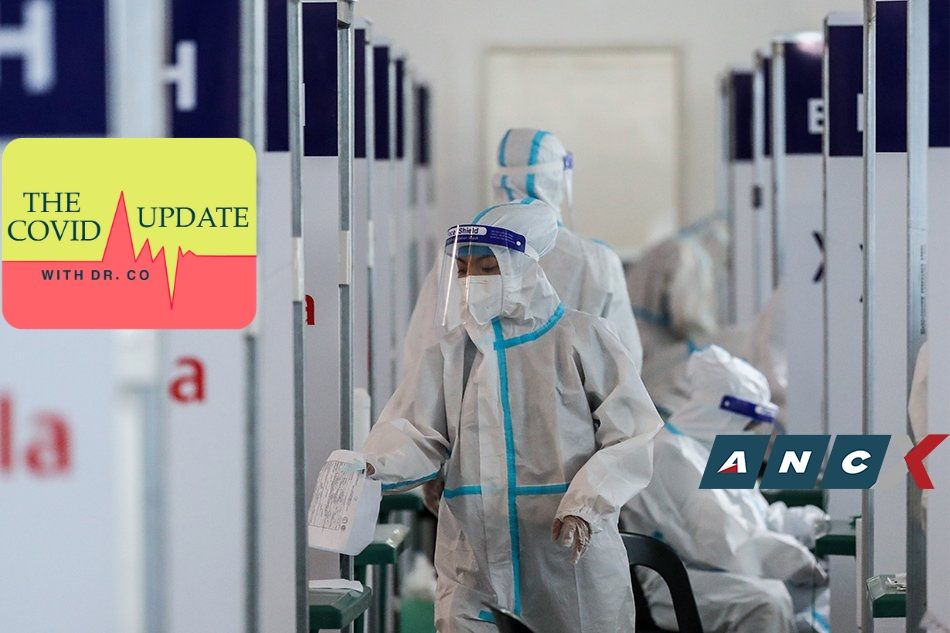 On Friday, the Health Agency started separating fresh cases with backlogged data that resulted to more questions than answers. Who can benefit from this bewilderment? No one, says our resident expert. BY BENJAMIN CO MD
ANCX | May 30 2020
facebook twitter

The other day, when the health agency reported that we had 539 new confirmed cases, 92 recoveries, and 17 new deaths, the public backlash was insane. Everyone wanted an explanation. We are moving into a less restrictive phase of community quarantine on June 1 and yet we bent the curve upward!

So the agency decided to release a statement at 10 P.M. to put out the fire.

Then the strangest thing happens.

The Department of Health announced at 5 P.M. yesterday that from the 539 reported COVID-19 cases last night, only 109 were “fresh cases” (cases released in the last 3 days), while the remaining 430 were “backlogs.” Apparently, these 430 cases had results released last week, but were submitted and validated by the Epidemiology Bureau yesterday. In terms of the 17 deaths, they explained that some of them had died last March or April. As to why they were only reported yesterday remains a mystery.

I’ve been saying all along that it is understandable to have latent data or backlogs. There are limitations on how the data are obtained, encoded, validated, and then reported. The system has its flaws. But even if it has, the agency should try to realize where these gaps are. I’ve been consistent from the get-go that we need to make sure these backlogs are not mixed with more recent data.

Backlogs in health data are not dealt the same way as business application backlogs. Health data have outcomes (i.e., they either recover or die). It becomes messy to just add latent data on top of recent ones. You will need a creative imagination to explain why the numbers are the way they are.

New data reporting method for the Department of Health.

The figure above shows the biggest surprise ever! They now split the cases into late cases and results released within three days with a dramatic total cases reported of 1,046 today!

I cannot understand why four days cut off was considered late cases. Perhaps that needs another explanation. All these numbers are confusing because the deaths are at 21 today. Higher than the number of deaths in the past days as well and the single digits last week. When did these 21 people die?

Why did the data get messier?

Of the 539 cases announced on Thursday, only 466 had tagged residential information. Of these 384 cases were reported in Luzon, 59 in Visayas, and 23 in Mindanao. Based on the post of the bulletin, 330 cases were from the NCR, 55 cases from Region VII, 99 cases from other regions while 55 cases were from expatriates.

Let’s dissect that data based from the Data Drop.

First NCR did not have 330 cases. It was 336. Of the 336 cases, 177 were for validation (again). The highest validated cities were from Quezon City (56 cases) followed by Manila (42 cases), Caloocan (16 cases), and Pasig (12 cases). The other cities had single digit numbers while Pateros, Las Piñas, and Parañaque supposedly reported zero cases. The fact that 177 were still for validation leaves everything up in the air.

Among the repatriates, 56 were for validation.

So presuming that 109 were “fresh cases,” what is now the breakdown based on each city, municipality, region and repatriate reported the previous day? If they bother to break down the total “fresh cases” then they should do the same all the way down to the local government units.

[Because they release all other information at 10AM the following day, we will analyze the Friday’s data later today and revise reporting system by region, city and municipality based on the time they update the Data Drop].

The figure below shows a summary of the testing capacity (number conducted, tested individuals, positive and negative results) from May 21-27, 2020. More than 8,000 were tested the other day with 460 positive results for May 27 alone. [Note: the data provided below is cumulative summary. The ones in parenthesis indicate the increase in number of tests conducted, tested individuals, and those who tested positive or negative for the day.]

Testing capacity as reported by the Department of Health from May 21 to 27.

It just doesn’t make sense. And when the data presented is this bad, the reporting system needs a major overhaul.

The figure above shows the latency of report for recoveries and deaths. Only the data points with published actual dates of death or recovery were included. Of the 921 deaths (as of yesterday), 739 had actual dates of death recorded. Of the 739, 495 died before they were announced to have positive RT-PCR results. Because of this time frame, the latency in death reporting was based on the remaining 244 cases. On the average, it takes almost 12 days before a death from COVID-19 is publicly announced.

At a single point on a future date after all the data have been reconciled, validated and verified, all backlog data can be announced separately. This way, the agency will not have to continuously confuse themselves and the public on the variable numbers being announced daily.

The reporting system has now been one confusing mess. How do you now reconcile all the information we’ve been providing to the global community and how did that impact on the decisions of the government?

The announced new cases, recoveries and deaths are tally of reported cases for the day.

With more confirmed cases, the case fatality rate is lower at  5.66 percent (vs 6.12 percent global average, vs. 2.44 percent ASEAN average) but this affects the recovery rate as well, which is now lower at 22.4 percent (vs. 43.8 percent world average, vs. 49 percent ASEAN average) because of the increase in number of cases for the day. What I still cannot understand is that if these are backlogs we are working at, why are the recoveries so few?

To say that the pandemic is under control will require fulfillment of two parameters. The number of confirmed cases and the number of deaths must have the same trajectory. The confusion is, which data do we use to determine the direction of the trajectory?

Data integrity and consistency is important not only in business but in health as well. Cherry picking the data to meet deadlines is simply window dressing. They are bad but we try to make the situation look good and impressive by changing reporting systems. No one benefits from confusion in the end.

(1) These three parameters (new confirmed cases, new recoveries, new deaths) are not real-time data. The data provided by the Department of Health is the date of public announcement. Even global data will vary in time of reporting, depending on the reporting capacity of that country. To date, the latency period of the Department of Health on reporting recoveries averages almost 10 days (with more than 50 percent reported after eight days and more) and deaths averaging almost 12 days (with more than 50 percent being reported after eight days or more).

(2) Depending on where testing is done, RT-PCR test results take an average of one to two days to process. Barring any delays, all tests done should ideally be released within 48 hours (the earlier the better). However, the test results released from government facilities range from three to 14 days, probably due to an overwhelming number of tests being conducted there compared to private hospitals.

Daily confirmed cases since December 31, 2019. The last time we looked back at the lowest numbers was on February 24, 2020. It has been an upward trajectory since and has plateaued at >80,000 confirmed cases per day since April 5.

The United States of America continues to lead globally in the number of total confirmed cases at 1,768,461 with a case fatality rate (CFR) of 5.84 percent with 103,330 total deaths recorded. The recovery rate for the US is up at 28.2 percent. Among the states, New York leads with 376,309 total confirmed cases and 29,653 total deaths, and remain steady with a 7.88 percent case fatality rate (CFR).

As several countries ramp up testing in various degrees, more new confirmed cases are being reported. With more testing and aggressive contact tracing, we are able to identify patients who may be asymptomatic or pre-symptomatic and are potentially infective to the vulnerable population. This explains why with more testing, we see a better picture of the extent of the pandemic. With more testing, the death rates go down.

The median average of case fatality rates worldwide has further declined to 6.12 percent (from 6.16 percent yesterday). For the past two to three months, around 80 to 90 percent of patients are either asymptomatic or have mild disease and recover unremarkably.

Recoveries far outnumber the deaths with a ratio of approximately 7.15:1. (The ratio of recoveries continues to increase, and will reassuringly do so, over deaths because of increased testing and better minimum healthcare standards.)