Community quarantine and the political nature of an epidemic 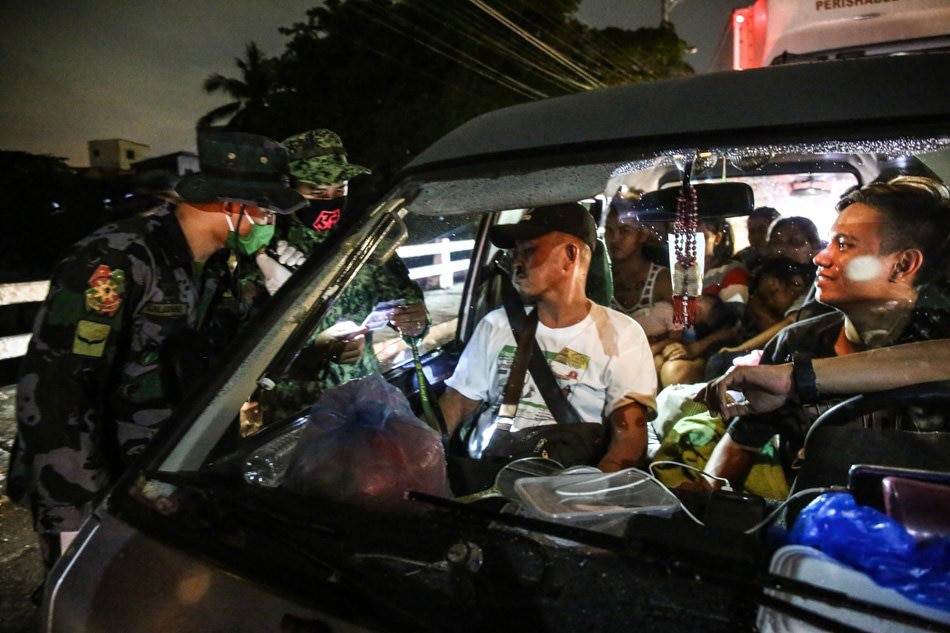 Military personnel are stationed at entry points to Metro Manila, and will continue to be so throughout the community quarantine. Photo by Jire Carreon, ABS-CBN News
Culture Spotlight

Community quarantine and the political nature of an epidemic

As Metro Manila is shut off from the rest of the Philippines because of COVID-19, what insights do we gain from it? BY GIDEON LASCO
| Mar 16 2020
facebook twitter

As Metro Manila goes on “community quarantine” and I try to make sense of the COVID-19 outbreak, one book comes to mind: The Plague by the French existentialist writer Albert Camus. I had read this novel as a teenager about to embark on my medical studies, and re-reading it over the past week reaffirmed my inkling that its themes speak to our time.

Set in the 1940s in Oran, Algeria, the book is a fictional, first-person chronicle of an epidemic of bubonic plague. Preceded by the deaths of thousands of rats that would lead to hysteria, the first cases would at first be taken lightly by authorities but a rising death toll would lead to desperate measures - and eventually, a total quarantine of the entire city that would last for several months and cause profound changes in the lives of the people.

The first of the book’s themes that struck me is the taken-for-granted uncertainty of our lives. Some of the characters were not even from Oran, like the journalist Raymond Rambert, and he tries to escape the quarantine—even paying smugglers to help him, but he eventually accepts Oran as his new reality.  We may be driven to think of our world as fairly stable, but COVID-19 makes us realize that, in the light of existential threats to our survival—imagined or real—our schedules, our travel plans, even our careers seem inconsequential, despite the value we attach to them.

Another theme is the frailty of our moral landscapes, reminding us that our rules of social conduct and even our laws are premised on the continuation of the status quo. Although Father Paneloux invokes the plague as a sign of divine justice and his message resonates with people looking to make sense of the “absurd,” many turn to looting, violence, and escapism. Cultural customs involving the dead are abandoned; vigils are forbidden and speedy cremations take the place of solemn funerals.

Meanwhile, others try their best to help, raising the possibility that medical crises can also bring out our higher and nobler virtues. Although he himself had to grapple with the plague, Dr. Bernard Rieux, who may have been speaking on behalf of the health workers dealing with COVID-19 today when he said the following lines: “I have no idea what’s awaiting me, or what will happen when this all ends. For the moment I know this: there are sick people and they need curing.”

The book also touches on the political nature of epidemics. At first, government authorities were quick to dismiss the gravity of the situation and only responded in the face of public outcry. The draconian nature of quarantine may be necessary, but the ensuing martial law, with police gunning down pets and burning down houses, reminds us that absolute power—even if initially justified—can lead to absurd violence. That public health is inherently utilitarian  (e.g. “for the greater good”) makes abuses during epidemics likely, given that draconian measures aimed at vulnerable groups or individuals will likely win support from a public that is more concerned about their survival than the rights of others.

We may not (yet) be seeing these today, but we have to be mindful that epidemics are political constructions and may be (mis)used by politicians for their own ends.

Ultimately, the epidemic subsides and people try to go back to normal lives, but what is “normalcy” if not an illusion—given the other “afflictions” of humankind—from tyranny and war to injustice and of course illness itself in its myriad other forms? Despite our lofty ideals and aspirations for ourselves, we are in fact vulnerable beings at the mercy of the twists of fate, and while our best efforts and knowledge can avert suffering, it may not be enough.

Such insights can also lead to heightened awareness of the value of each moment, the transcendental power of emotions, and a greater motivation to fight whatever affliction comes our way.

Such insights can lead to despair, but they can also lead to heightened awareness of the value of each moment, the transcendental power of emotions, and a greater motivation to fight whatever affliction comes our way. In The Plague, those caught in the quarantine may have sunk to the brink of stupor, but what kept them alive was the hope and memory of their loved ones—and perhaps this is the same hope that will keep humanity alive amid the looming crises of our time. As Camus wrote toward the end of the novel:

“If there is one thing one can always yearn for and sometimes attain, it is human love.”