Singapore PM assures its people that govt has their backs amid crisis, thanks its health workers 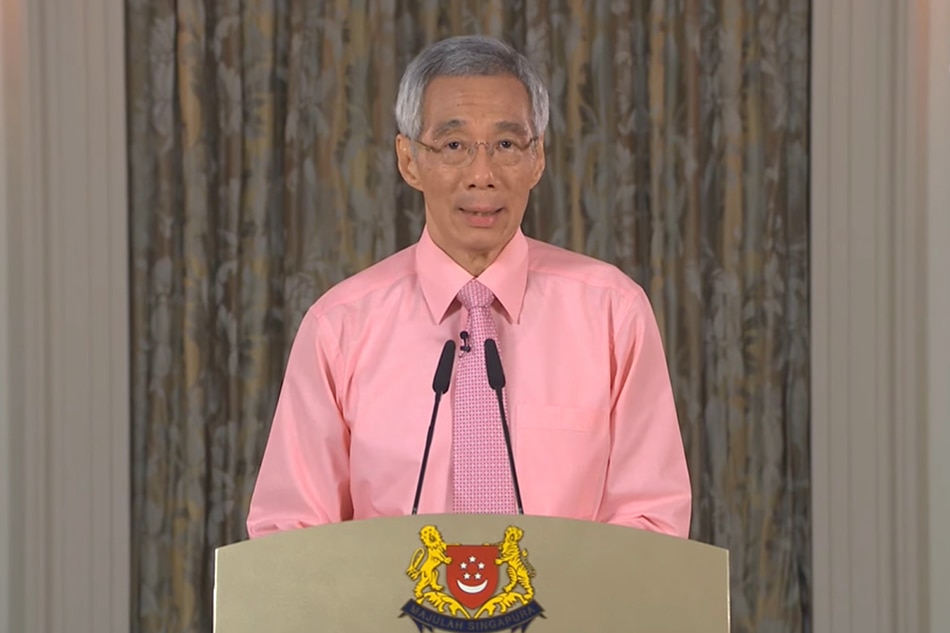 While reassuring his citizens that Singapore is still under control in his message, Lee Hsien Loong shared his government's plans should the situation escalates.
Culture Spotlight

Singapore PM assures its people that govt has their backs amid crisis, thanks its health workers

Singapore Prime Minister Lee Hsien Loong once again took to video streaming to deliver updates on his country’s handling of COVID-19, which has since been declared a pandemic by the World Health Organization. In his 11 and half minute message, he emphasized that a nation’s inaction will be a major contributor to the worsening global situation, as well as shared medical and economic plans in place in case of a spike in COVID-19 cases. The Prime Minister also thanked “frontline” citizens such as health and public transportation workers effusively for all their hard work.

It’s been five weeks since the 68-year-old leader sent a similar video address, a move that was admired by many for its succinct points and calm demeanor. Since then, more countries have reported cases of the virus, leading to major events being cancelled, and nations like South Korea and Italy have declared lockdowns.

In his report, Lee spoke on three aspects: medical, economic, and psychological.

On the medical front, the Prime Minister said there are new cases in Singapore, most of which have come from those who traveled overseas, or could be traced to imported cases. “Each time, we’ve been able to isolate them, do contact tracing, and quarantine the close contacts so our numbers have not blown up,” he says. “But neither have we been able to eradicate the virus despite our best efforts. At the same time, around us the number of cases is rising rapidly.”

Lee Hsien Loong says that while China’s situation is stabilizing, new cases are emerging all over the world, specifically in Europe, America, and the Middle East. “Globally, the number of cases is doubling every five to seven days,” he explains. “And unlike SARS, this outbreak will continue for some time, a year, or maybe longer.”

Lee brings up a WHO assessment that the key reason for the rapid spread of COVID-19 was a country’s “alarming levels of inaction.” He says that in Singapore, they have taken the virus with utmost seriousness, and that, in fact, WHO praised Singapore’s efforts, holding them up as an example to emulate.

But they too face a serious situation. “We expect more important cases and therefore new clusters and new waves of information. This time, coming from many countries rather one or two. We have already imposed some travel restrictions for example from China, Iran, South Korea, and Italy,” Lee says. “We will have to tighten up further, temporarily, though we cannot completely shut ourselves off from the world.”

The leader also encouraged religious organizations to cooperate in coming up with practical adjustments to their gatherings and ways of worship, such as shortening services, or reduced attendance.  “The issue of course is not religion itself but the virus can spread quickly to many people in crowded settings like religious gatherings and services,” he pointed out, while citing the Pope’s recent livestreamed sermon as an example.

The PM reassured his citizens that government is looking for ways to maximize medical facilities while encouraging those who are less at risk to check with their family doctor, stay at home and rest. Besides this, the government will be implementing other social distancing measures like school suspension, staggered work hours, and compulsory telecommuting.

Lee emphasized that the situation in Singapore remains under control. “We are not locking down our city like the Chinese, the South Koreans, or Italians have done,” he says. “What we are doing now is to plan ahead for some of these more stringent measures, try them out, and prepare Singaporeans for when we actually need to implement them.”

The prime minister also brought up the toll the virus is taking on the economy, and their plans in helping its businesses and markets.

“Our economy is taking a big hit. That’s why we did the four billion dollar support and stabilization in the package last month to help businesses, workers, and households, tied over the immediate period. This has helped. But with things still unfolding, we knew we might have to do more,” he says. Lee singled out the hospitality and aviation sectors as well as “freelancers in the gig economy” that have been hit. “But nobody has been spared. Everyone feels the impact to different degrees. So the government is working on a second package of measures.”

The Singaporean government will help companies with a cost and cash flow to keep them afloat as well as workers to keep their jobs and retrain during their downtime. “We will give those who are retrenched and unemployed as well as their families an extra helping hand to see through this difficult period,” Lee says.

The prime minister said he is sharing these plans to reassure his citizens the government is on top of things and thinking ahead. “We anticipated the medical and economic consequences. I’m confident that we can deal with them.”

Lee commended everyone who has been working extremely hard to keep Singapore running, especially those in the frontline. “Healthcare workers, immigration officers, civil servants, public transport workers, taxi drivers, cleaning staff. Singaporeans are cheering them on.”

He is grateful that most Singaporeans are responding calmly and responsibly. “Thank you for your trust and support,” Lee said at the end of his message. “In such a crisis, everyone has a part to play, I hope you’ll work with me and my colleagues to keep our families safe, keep Singapore secure, and move forward together.”