What Pinoy men really think of the divorce bill 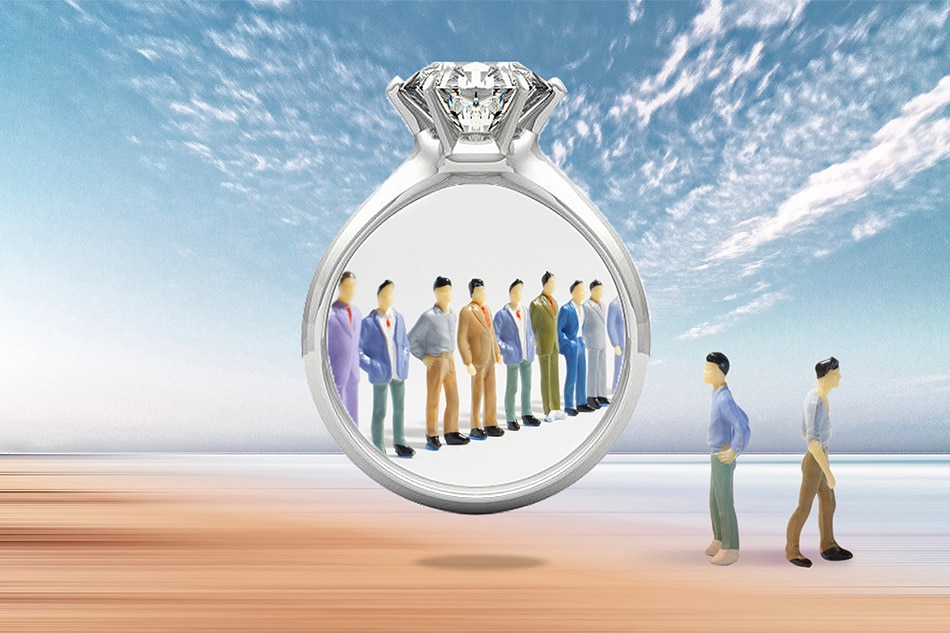 The Philippines is one of two countries in the world that does not currently grant divorce, the other being the Vatican. Art by Gica Tam
Culture Spotlight

What Pinoy men really think of the divorce bill

The Philippines enters a historic time as divorce is finally on its way to becoming legal. But what do the men have to say?
Frances Sales | Mar 11 2020
facebook twitter

Quite a lot has been happening these first few weeks of 2020 so you may not know that the Philippines is a major step closer to granting divorce to its unhappily married citizens. On February 5, the House Committee on Population and Family Relations approved House Bill No. 100, or the Absolute Divorce Bill of 2019, which was authored by Albay 5th District Rep. Edcel Lagman. The congressman will head the technical working group that will combine HB 100 with other divorce bills authored by Gabriela Partylist Rep. Arlene Brosas, and Davao del Norte 1st District Rep. Pantaleon Alvarez.

The Philippines is one of two countries that do not grant a divorce. The other is the Vatican. Since most of Vatican’s residents are celibate, then technically that would make our country the only one that doesn’t grant a divorce to couples that would like to break free from their marital misery.

We asked a few Pinoy men what they think of our divorce-less state and the opinion is overwhelmingly pro-divorce. Writer Ome Itum says, “Marriage, in general, could be associated with bliss—but you only get to deal with the monsters of sharing everything together with another person when you, well, are physically together. Why do we have to let them suffer when they’ve already realized they are not really meant for each other?”

Photographer Kai Huang agrees. “I think for those marriages not working out, they should have a way out. For both [parties] to pursue better lives rather than living in misery. I mean, it’s not like there isn’t a way around it [because we have] annulments. But the process is long and expensive. Not everyone could afford it. So if an annulment is actually okay, why not then divorce?”

"How many have we seen that have gone through an annulment, twisting truths because it's the only legal course available?"

“Too err is human. The choice to correct and pursue a happier life should be available to all,” Happily married and proud dad Patrick Tolentino, a consultant at AWB Management Consultancy, says. “Legally, why not allow it when It's already happening anyway? How many have we seen that have gone through an annulment, twisting truths because it's the only legal course available?”

Currently, marriage in the Philippines can only end when psychological incapacity is cited as the reason for annulment. Unfortunately, psychological incapacity, or the inability of one spouse to fulfill the obligations of marriage, is difficult to prove. An annulment means canceling a marriage, meaning you must prove that there was no marriage to begin with and that the contract entered was invalid. What makes a marriage invalid? If you married someone already married, if you were forced into marriage, if you were a minor, if you were mentally incapacitated at the time of marriage (drunk or high), if your marriage is unconsummated, and others.

Divorce, meanwhile, ends a valid marriage. And to many Filipinos trapped in marriages that started well yet turned into a till-death-do-us-part nightmare, divorce is their legal way out. Since 1999, our lawmakers have tried to make divorce a reality but conservative Christian values have prevented any proposed bills from advancing.

This year seems to indicate that times have changed as a final divorce bill will be crafted from the approved House version and the approved Senate Bill 2134, or the Divorce Act of 2018, authored by Senator Risa Hontiveros.

Both the Senate and the House versions of the divorce bill include the grounds for annulment, for annulment under psychological incapacity, and for legal separation (sexual infidelity or perversion; attempt against the life of the spouse; abandonment without justifiable cause for more than one year).

The following new grounds have also been added:

As you can see, the divorce bill doesn’t make it easy for anyone who’s fallen out of love to get a divorce. In fact, it means to protect the family by preventing violence and sexual abuse from harming women and children.

Category Head of Cole Haan Philippines Abe Aberquez, and also a happy husband and father, is pro-divorce for this very reason. “Abused women can leave their abusive (if medically and legally proven) husbands and have a chance to live a normal and happy life. I believe the husband can benefit from it, too. If the wife has very bad habits like gambling, drug abuse, cheating, that the husband can medically and legally prove, he too may have a chance to correct his life, especially if they have children.”

The divorce bill doesn’t make it easy for anyone who’s fallen out of love to get a divorce. In fact, it means to protect the family by preventing violence and sexual abuse from harming women and children​.

Marketing professional Miggy Frianeza points out that there are couples who are with abusive partners so he wants them to have a choice to find happiness elsewhere. "I think it has to be documented and proven in court through a counselor or psychologist. I think the divorce process should include mandatory counseling if possible for non-abusive partners.”

Not all of the men we asked about divorce are supportive, however. Andrew Taruc, a husband, father, and a Fintech professional, says that he sees why divorce is necessary in some cases but ultimately he is not in favor of it. “I am against divorce since people will most likely use it similar to the get-out-of-jail card when things are bad instead of working things out. Though I am also pro-divorce as I have seen deserving individuals getting milked by people from the government for getting an annulment. Overall, I am still against divorce.”

Jerome B. Smooth, proud husband and father and Managing Director of www.bigpicture.asia, says, “I am against divorce as it already creates a mindset where there is a way out of marriage. It's like setting up oneself for failure. Decades ago, the concept of divorce was far more taboo and as such the divorce rate was much lower. Now that divorce on a global scale is much more common, people enter marriages thinking that rather than improving their relationship, they can just move on. Marriage is a serious commitment and whether it be from a church or civil perspective, the intent of the bond between a married couple is one that should be permanent.”

New father Ednardo Capati, however, says divorce won’t ruin marriages. “I believe anyone who has a healthy and solid family, and faithful couples need not worry about [divorce]. Just because it gets approved doesn't mean one should be pressured about it. A lot of laws are in existence that we don't even have to be bothered with. For example, voting. You need to be a registered voter in order to exercise your right to suffrage. But if don't want to vote, you don't have to get yourself registered. And even if you get yourself registered, if you don't want to vote, you don't have to. [The same goes] if the divorce bill pushes through. As a couple, you don't have to even mind it if you have no plan of availing it. It does your relationship no harm but helps those relationships that need it.”