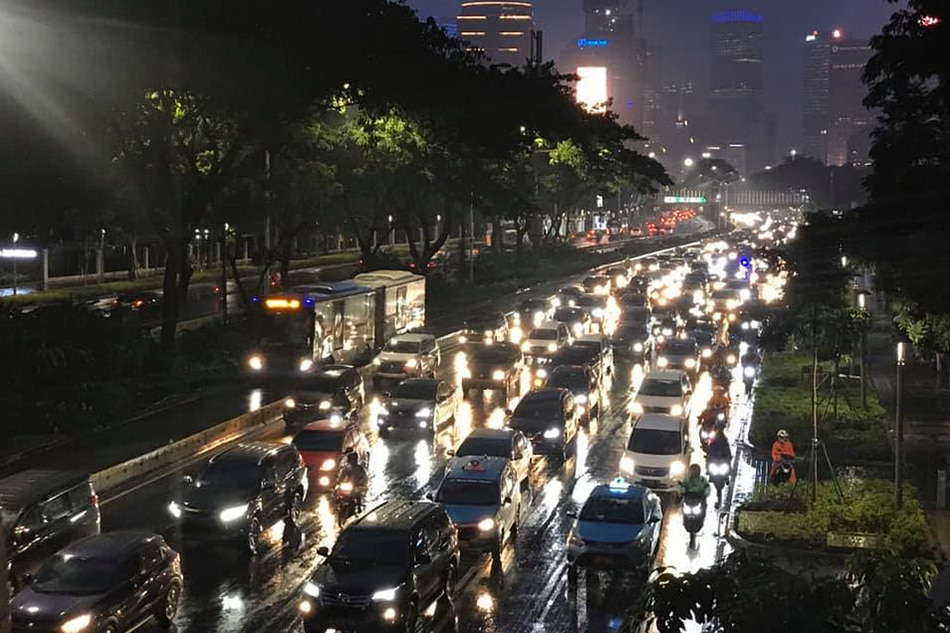 TransJakarta vehicles stick strictly to one lane, and is able to service a million passengers a day.
Culture Spotlight

Indonesian capital’s bus rapid transit system services around a million people a day, and is a good model to fix the chaos out in our roads.
France Pinzon | Feb 27 2020
facebook twitter

For my birthday, I decided to take a trip to Jakarta, a city that, admittedly, isn’t at the top of my list of places to visit. But I’m glad I did as I took away a plethora of insights—particularly on Transjakarta, the Indonesian capital’s bus system—learnings that I think we can apply to our own busy metropolis.

Having stayed in Central Jakarta for more than 10 days, I can conclude that its entire metropolitan area is quite similar to Metro Manila. To start, MM has 24 million people, and is the world’s third most populated urban area. Meanwhile, the Indonesia geographic portmanteau of Jabodetabekpunjur is just a notch above Metro Manila on that list. Both mega cities are notorious for their respective horrendous traffic, flooding, and overall lack of urban planning.

With 6,343 square kilometers of land area, Jabodetabekpunjur wastes an average of 22 days in traffic a year according to a Boston Consulting Group in 2017. The 619.57-square-meter Metro Manila, on the other hand, wastes 16 days annually. Of course, both mega cities also display the same quirks: illegal street vendors, trivial implementation of traffic rules, too many motorcycles, and corruption at all levels.

Last year, Jakarta integrated all of its rail systems (commuter line, MRT, and LRT) so a majority of its citizens are just starting to embrace it as their main commuting option. As it was reported last year, only 24 percent of their population commuted, and the government wanted to bump that number up to 60 percent with the recent upgrades.

Those that do commute in Jakarta rely on buses, and, up to this day, they are their cheapest, main mode of transportation.

So what makes TransJakarta more efficient, and why having our own version of it in Metro Manila will be a step to solving our perpetual road congestions? TransJakarta is a publicly-owned BRT system, the first in Southeast Asia, and the largest in the world. It started out as an association of five bus companies when it inaugurated in 2004, and was conceived to alleviate rush hour traffic in Jakarta.

TransJakarta has over 900 buses, around 240 stations, and over 150 routes that cover the capital and the Greater Jakarta area. Key routes offer 24-hour services, while the rest open from 5am to 11pm. They will be initiating more routes and other improvements, including adding electric buses by 2020 and going all-electric by 2030.

Servicing around one million Indonesians every day, this BRT system has a strict “one lane only” policy for their buses, and enforces this through barricades to avoid overtaking and cutting. These barricades break only for intersections. No other vehicle is allowed on this lane. In comparison, EDSA has two bus lanes and is not fully barricaded.

TransJakarta buses have GPS info shared with Google Maps for accurate ETAs. Like our P2P buses, the bus stations make use of reloadable tap cards, but only charges passengers a flat rate of IDR3,500 per trip (roughly PHP 12).

Looking to the future

Given that buses will always be on our main roads until at least the next generation or two, we have to start looking at working with them, not treating them as an enemy. I understand that virtually all Manila buses are private-owned and they follow a flawed “boundary” system, but if we come up with a better structure that helps all parties, they would have no choice but to comply.

The great thing about this period is we have the new MRT/LRT lines coming up. However, that is at least a five year wait, and every year, traffic in our main cities get worse. What we have in front of us is only a possible, partial solution; the BRT system alone can not solve our brand of traffic. Other factors must be considered:

- Implementing the BRT system does not equate to putting more buses on the road, but rather works with existing bus companies such as P2P buses.
- Old, dangerous, smoke-belching buses and colorums must be retired.

- A way to regulate ownership of multiple cars in Metro Manila must be put in place—maybe not as extreme as Singapore, where they tax a new car at 100%, then impose a surcharge if you’ll buy a second, third, and so on.

- We need to continuously observe the no-parking rule even on inner-city streets.

- Number coding should still be carried out.
- Transitioning fully from jeepneys—assuming BRT system would cover all national roads in the metro, which would understandably be an unpopular opinion.

- More sidewalks need to be cleared or widened to encourage more Filipinos to walk.

- There should be proper bicycle or motorcycle lanes even on secondary roads.

There’s a big caveat to opinions written lengthily such as this one and that it tends to miss the whole message toward the end. So to drive my point home again: while we patiently wait for our new MRTs/LRTs, we might want to instead turn our attention and learn from the BRTs of the world. I doubt Indonesia has the best one out there, but if Jabodetabekpunjur could surpass their own set of third-world problems and build something this progressive, why can’t we do the same? Like everyone on their birthday, Filipino commuters deserve nice things too