Alice Reyes at the Friday show that almost didn’t happen: “My plan? To keep the company dancing” 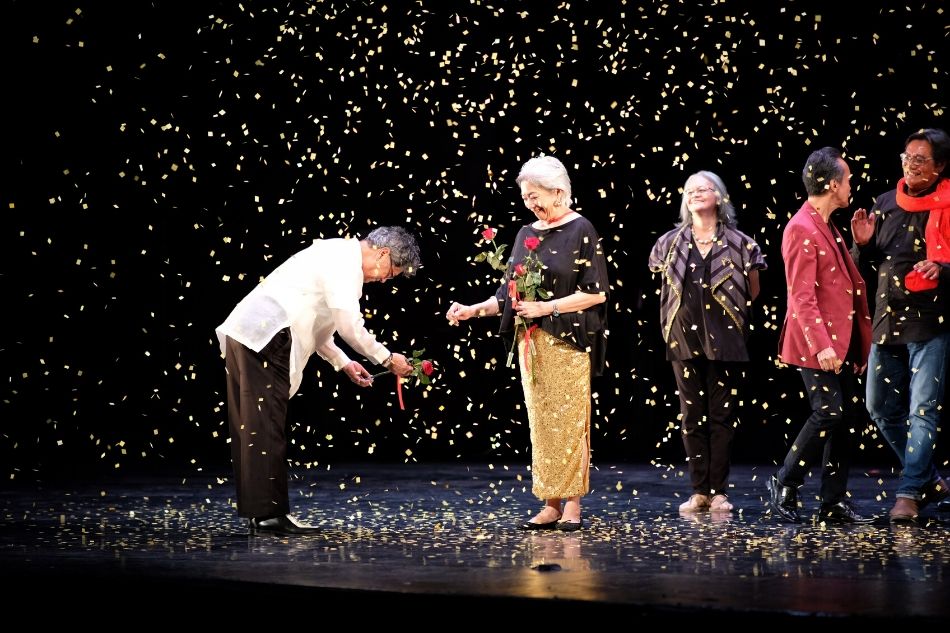 Last Friday night, against all odds, Alice Reyes came out to offer us a show 50 years in the making. Photograph by Chris Clemente
Culture Spotlight

Alice Reyes at the Friday show that almost didn’t happen: “My plan? To keep the company dancing”

Friends, fans and collaborators showed up for one of the most important nights of the country’s National Artist for Dance
Totel V. de Jesus | Feb 23 2020
facebook twitter

It was like a protest rally organized in secrecy, as if aimed to topple a despot or shake the status quo. Invites were sent to participants and audience members via private messaging apps, emails, SMS and other means that would have been undetected by the "Establishment."

The go-signal from the powers-that-be was made on Tuesday, the assembly of participants held Wednesday, and the reheasals done Thursday and a few hours before the final performance on Friday night. All for the one-night-only tribute show for the founder of the Philippines’ premier ballet company.

"My plan? To keep the company dancing!"

Alice Reyes, National Artist for Dance, outgoing Artistic Director of Ballet Philippines (BP), told ANCX after emerging from Tanghalang Nicanor Abelardo greeted by applause. She's not going to the US yet, she added, before she was swarmed by well-wishers, supporters and admirers.

Getting an interview would be impossible. After a few more hellos and air kisses, she was ushered to a table at the lobby for autograph seekers. The prepared ones had copies of her biography, "Alice Reyes & Ballet Philippines: A 50-Year Legacy in Dance," which were being sold for P1,800+ each that night. As for the few less liquid attendees already afflicted with pecha de peligro, they joined the line armed with program notes which were printed in limited numbers.

A person at the Front-Of-House Department of the CCP, who requested not to be named, told us the initial audience head count was around 1,600. That’s still 200 short of the building’s full Main Theater capacity of 1,815. But viewed from inside, the place looked jampacked.

There was a crowd outside, too. Chairs were provided for those unable to snag tickets for the open-to-the-public, first-come-first-served performance. A big screen was set up on the left side of the lobby where the action on the Main Theater stage played in real time.

The dance concert was, as young people would say, “Epic.” Or as avid theater goers and columnists Ricky Toledo and Chito Vijandre said in their Instagram post, “glorious” and “pure joy,” with the BP dancers in “top form.” The show was initially intended for the usual BP full-weekend performance, with a matinee and gala night. The title "Alice & Friends: A Tapestry of Dances Featuring Itim Asu" was a replacement of the original tribute performance titled, "Itim Asu and Other Dances”—a production based on a Virginia Moreno play, and which Reyes herself choreographed and starred in in 1970, the year after the CCP was established.

The planned restaging of “Itim Asu” was to mark the 50th year since Reyes’s show, “Alice Reyes & Dance Company in a Modern Dance Concert,” made its public debut at the CCP. Last February 12, however, Ballet Philippines, which Reyes co-founded, announced on it’s social media accounts that the show “Itim Asu and Other Dances” had been cancelled. The NCOVID-19 outbreak was the given reason for the cancellation.

This decision by the Ballet Philippines Board of Trustees is said to have something to do with the current controversy surrounding the appointment of the Russian dancer Mikhail Martynyuk as new artistic director of BP. He will be replacing Reyes, whose term as artistic director will end on March 31, 2020. Reyes had recommended another name to replace her: the American Adam Sage who is BP’s associate artistic director and who has performed for BP many times in the past.

"We were only given the go-signal last Tuesday that we're going to have this tribute," our source said, citing the CCP Board of Trustee's decision. The Board is chaired by Margie Moran-Floirendo, who was president of BP for nine years.

"We were on stage yesterday (Thursday) lang po. We set up in the morning, had our blocking in the afternoon until evening, from 1pm to 11 pm," Jai Avila, "Alice & Friends" stage manager, told ANCX.

He added dress tech rehearsal had to be done on performance day itself. "We start at 3pm and had our break at 6pm, two hours before the 8pm performance," Avila said.

In a follow-up interview, Ronelson Yadao told ANCX that it was less difficult for the dancers to rehearse "Bungkos Suite" and "Afterwhom" because they were part of BP's nationwide tour in August last year. The toughest one was "Negro Spirituals," learned and rehearsed by BP company member Eloisa Jessa Tangalin two days before tribute night. “She watched the video files sa (BP) office then she was coached by Miss Alice kaninang umaga," Avila added. Hence, Tangalin got a special mention from Reyes during curtain call, thanking her for learning the piece at the 11th hour.

"Alice and Friends" was divided into two parts. The first half began with the world premiere of "Glinka's Valse," with original choreograpy by Adam Sage. The piece was inspired by George Balanchine's "Valse Fantaise".

The other person Alice recommended, this time for the post of co-artistic director, Ronelson Yadao, performed in the second piece, "Man Pointe" initially staged in 2018. It was choreographed by Erl Sorilla using the music by Frederic Chopin. “Costumes for this production are courtesy of dancers from their personal wardrobe,” said the program notes.

In various social media posts of BP alumni, it says the original set for the Reyes opus “Itim Asu" was "confiscated" and locked in the BP stock room. Our Front-Of-House source said the sets used Friday night were assembled two days before the performance. "Even the one used in 'Itim Asu' was new.”

The original music for “Itim Asu” is by Alfredo Buenaventura. On its premiere performance in 1970, costume designer was Arturo Cruz and lighting design was by Teddy Hilado. The original set designer is visual artist Jaime de Guzman who, like Virginia Moreno, was in the audience Friday night. The two cultural titans sat beside each other. The reclusive, and now wheelchair-bound, De Guzman traveled all the way from his retirement home in Candelaria, Quezon. He seemed very happy to be in the audience. “This is what I was waiting for,” he told ANCX.

That night, Reyes revealed her other collaborators for "Itim Asu" when it was first staged. “It was a barebone production from 1970, composed of friends Ray Albano, Johnny Manahan, Roberto Chabet, and Lee Aguinaldo who came to me and poured all their ideas for designs, posters, productions sets, costumes and a whole world of joyful and youthful enthusiasm," Reyes said. “We were so young back then," she added, sparking warm laughter from the audience. She said "Itim Asu" was commissioned by the CCP and the League of Filipino Composers.

"On a side note, I hope one day we can present 'Itim Asu' as I originally produced," she said before thanking her friends "who came to the rescue." She said she gave them a ring only last Wednesday, these friends of hers. “I asked them to come and they did. I'm so inspired by their incredible passion for their art and incredible generosity of spirits."

After taking her final bow with the dancers, Reyes thought it was time to exit. She was in for another surprise. Friends and BP alumni starting with her sister, Denisa Reyes, appeared onstage. Nonoy Froilan, BenCab, among others, formed a line from stage left to each give Alice a rose, an embrace, and pecks on her cheeks. By the end of the line, Alice, with her glorious silver-gray hair, was holding a big bouquet enough for three vases.

Before the evening completely wrapped, artist BenCab held Alice’s hand and raised it for a final bow. "I enjoyed it and I hope for a repeat,” BenCab told us of his friend’s show when we happened to cross paths in, of all places, the main lobby restroom. “It's a must to have another night like this, he added, “For my dear friend Alice who's done so much for Philippine dance." 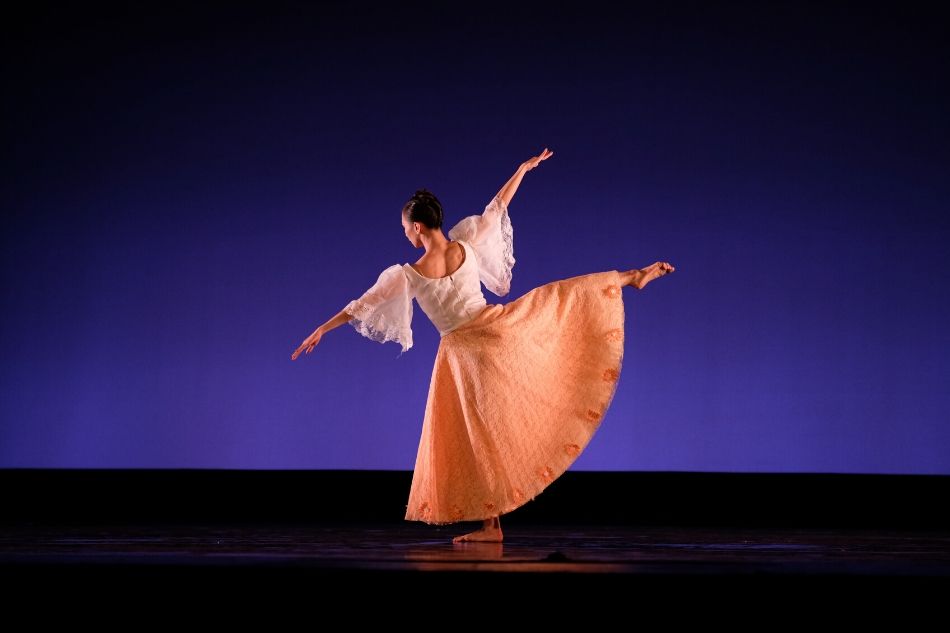 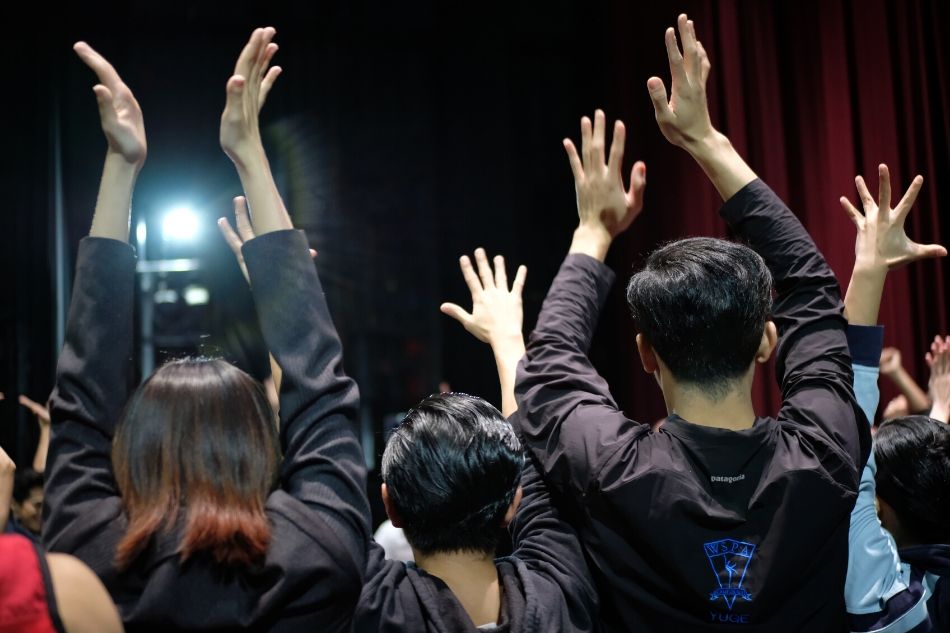 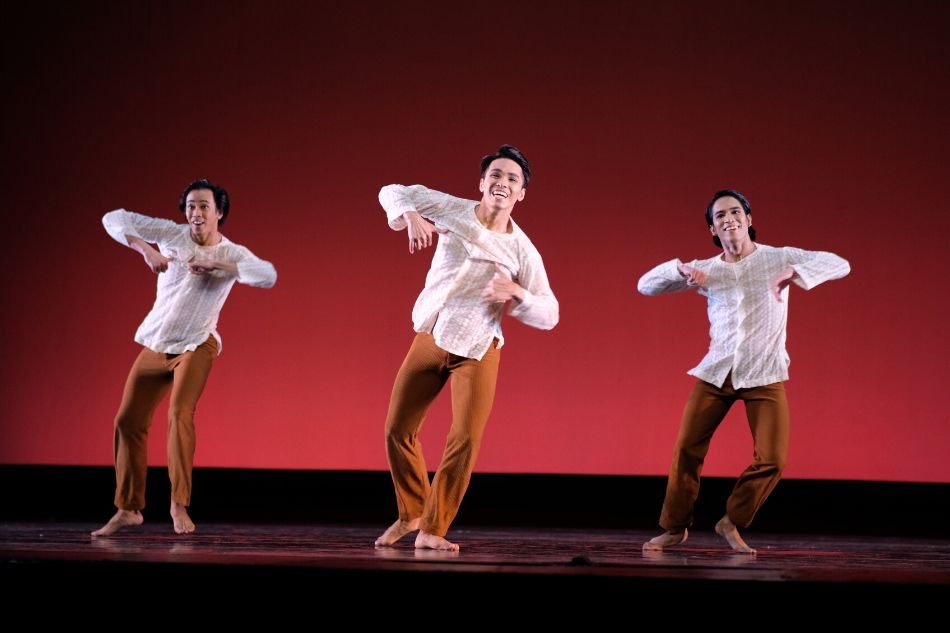 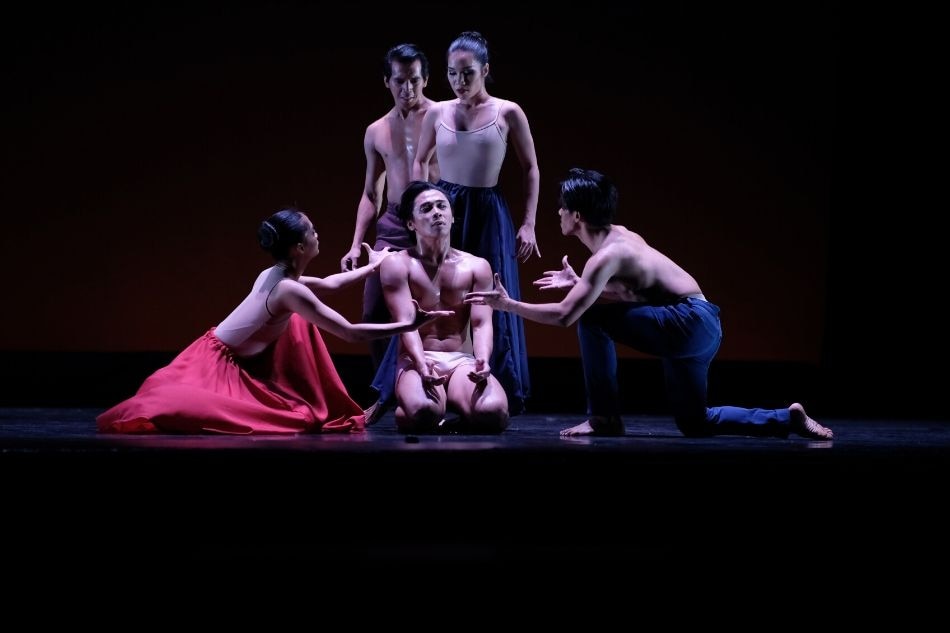 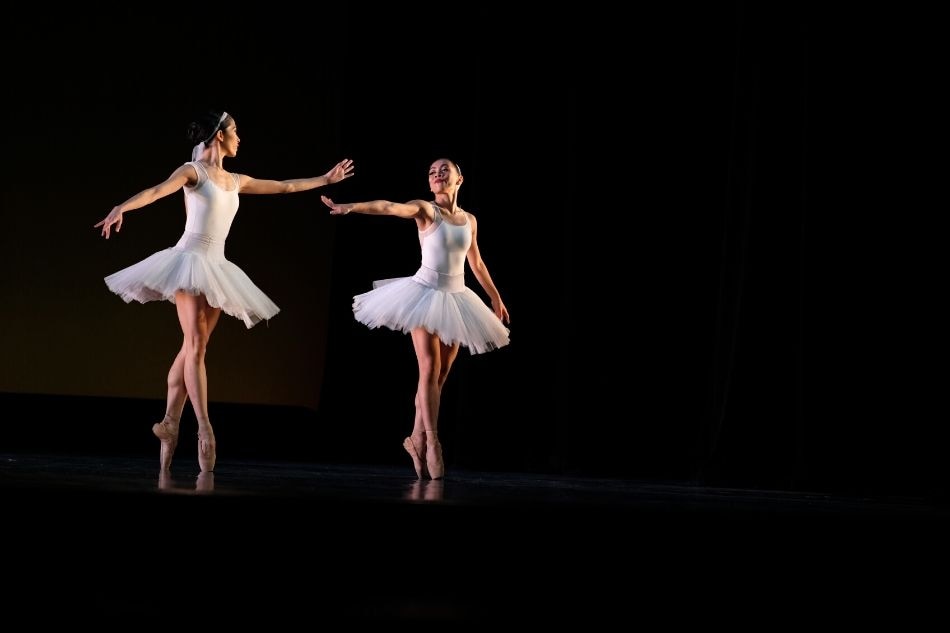 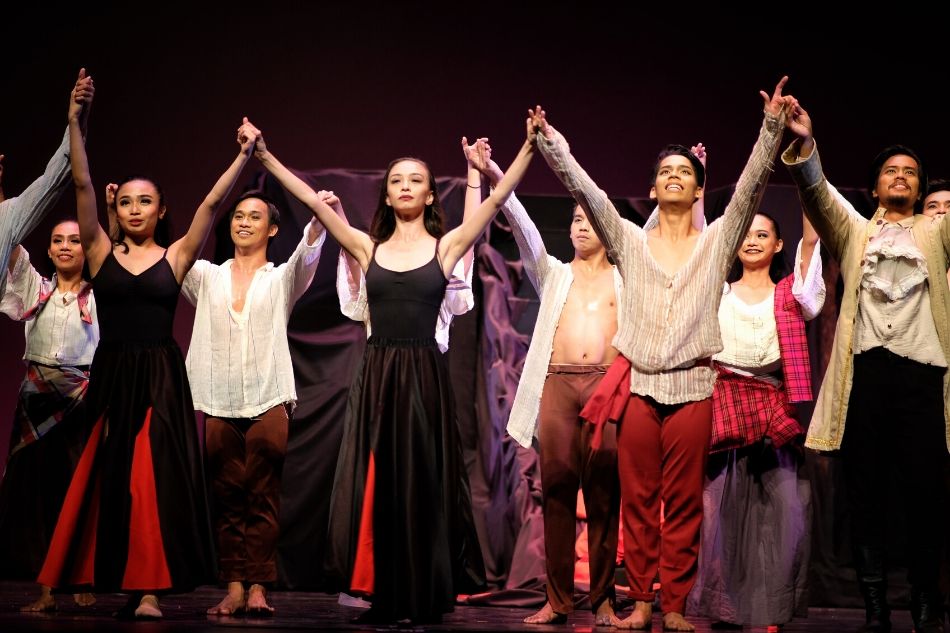 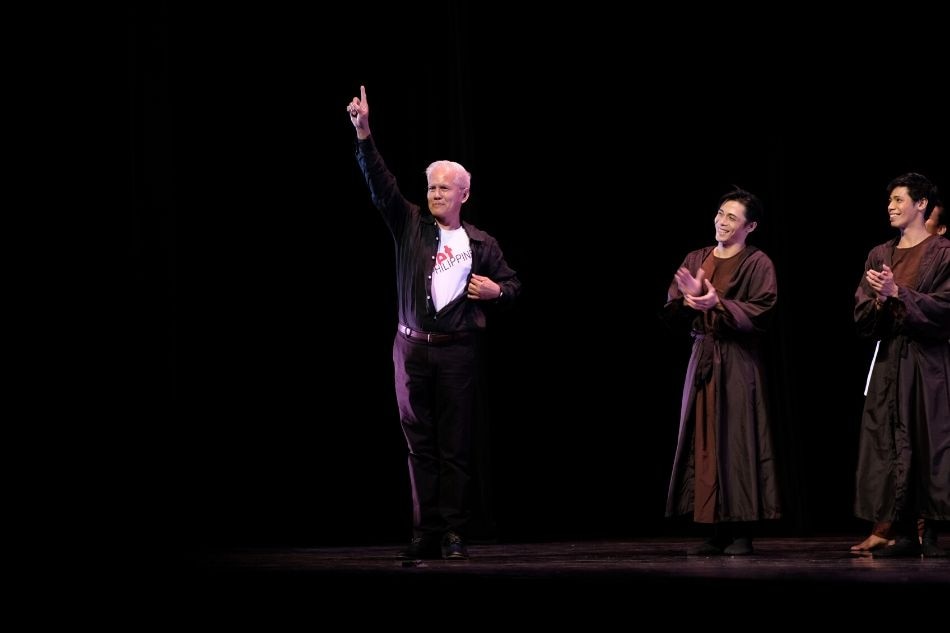 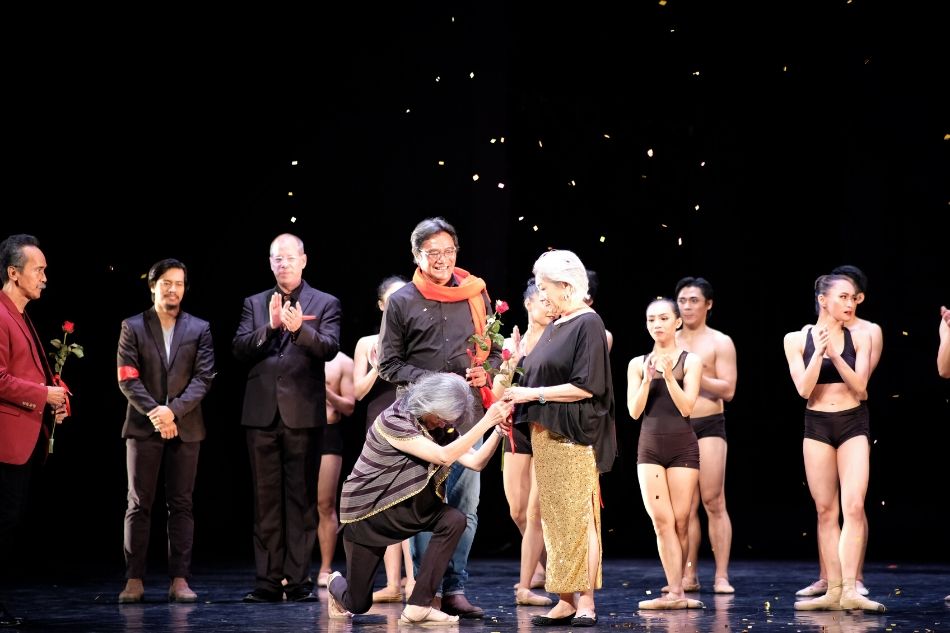 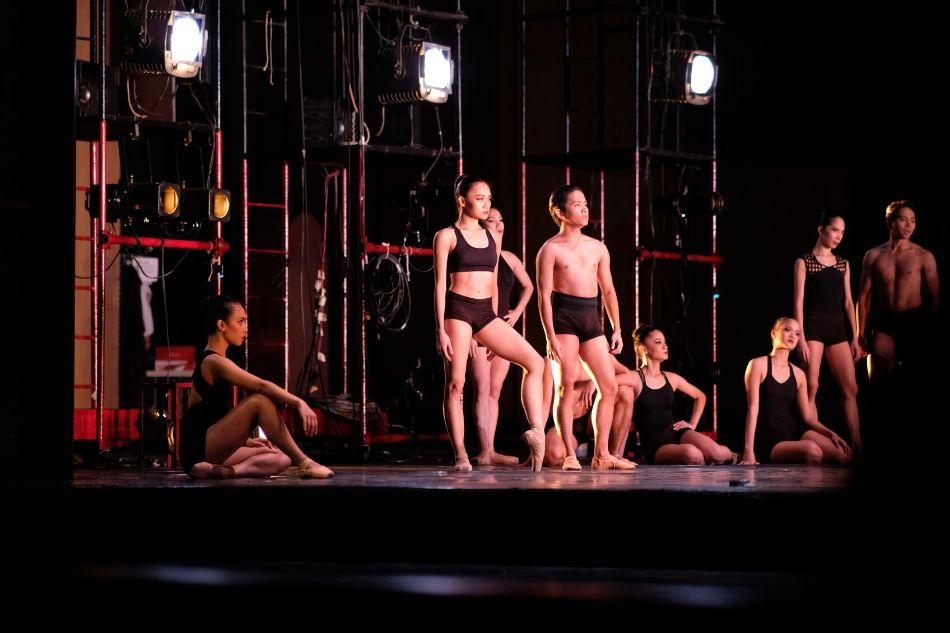 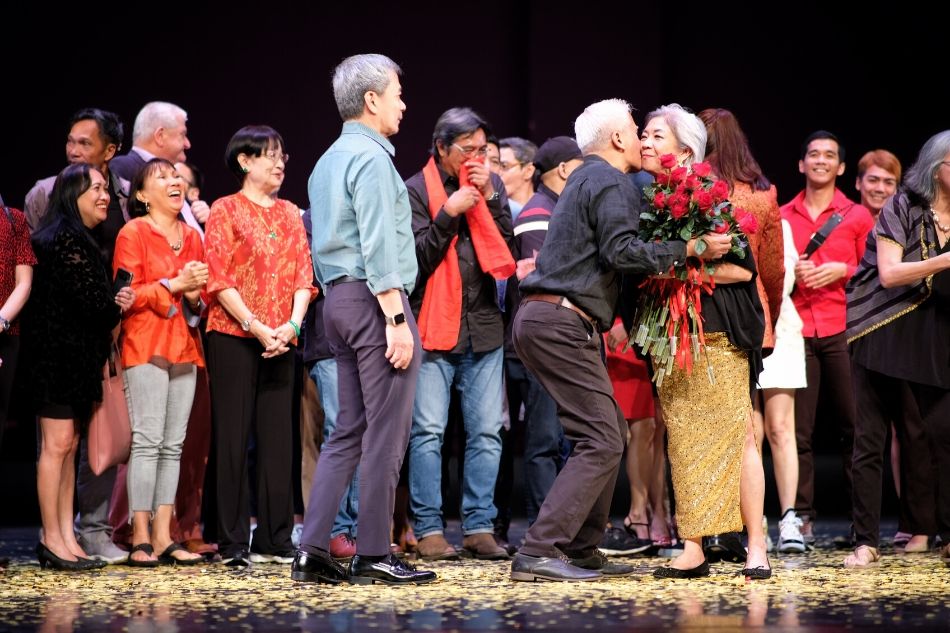 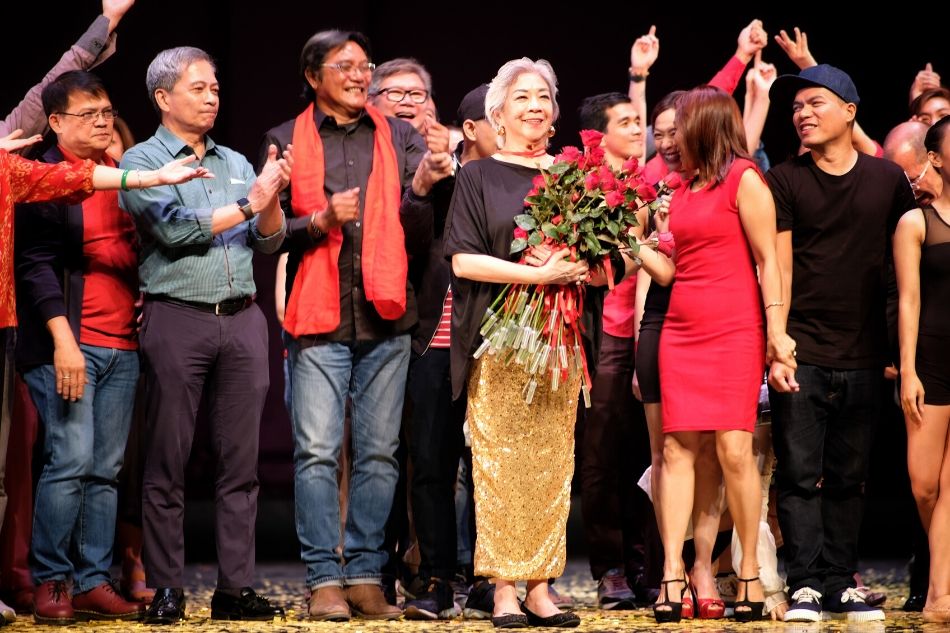 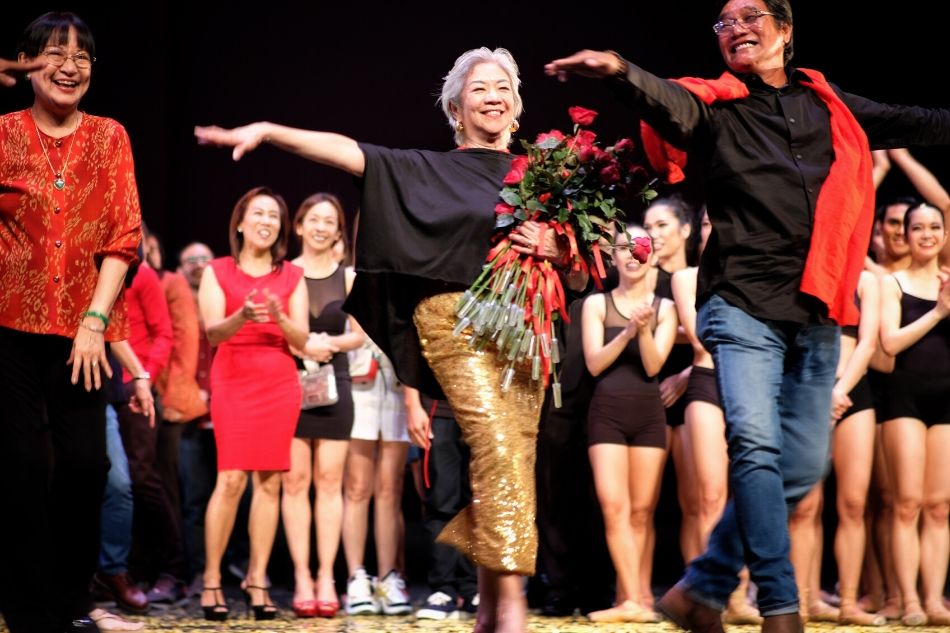 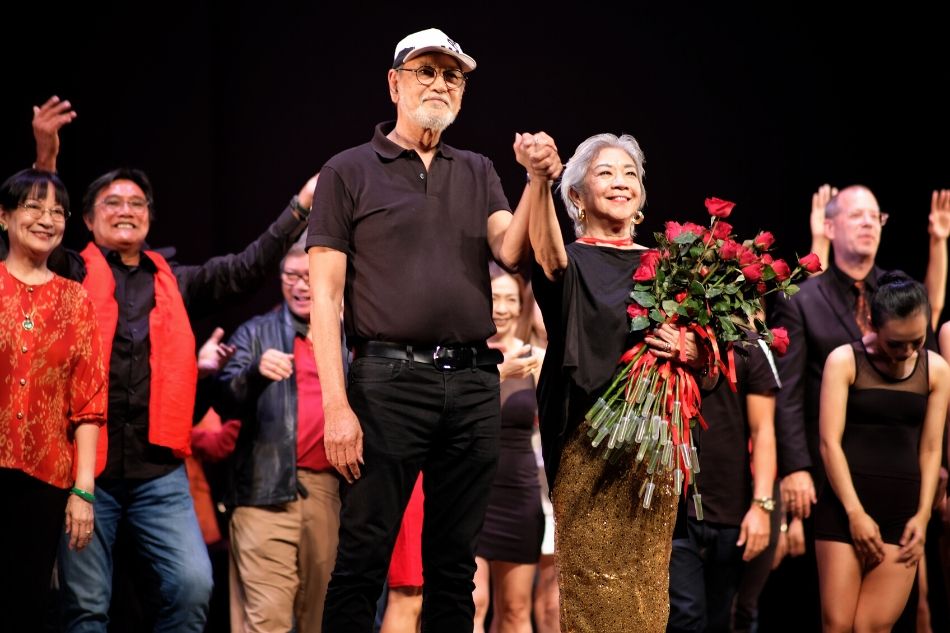 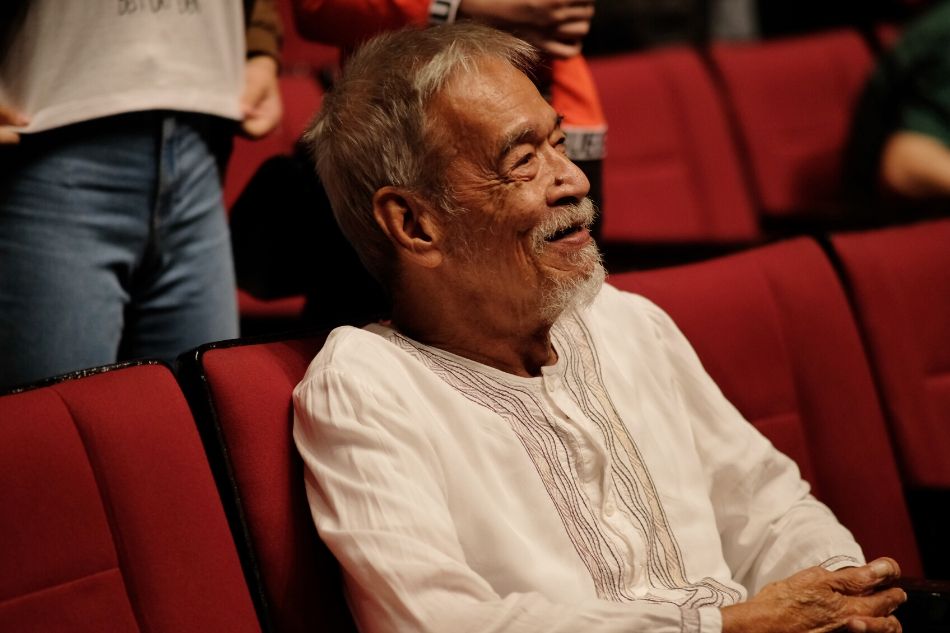 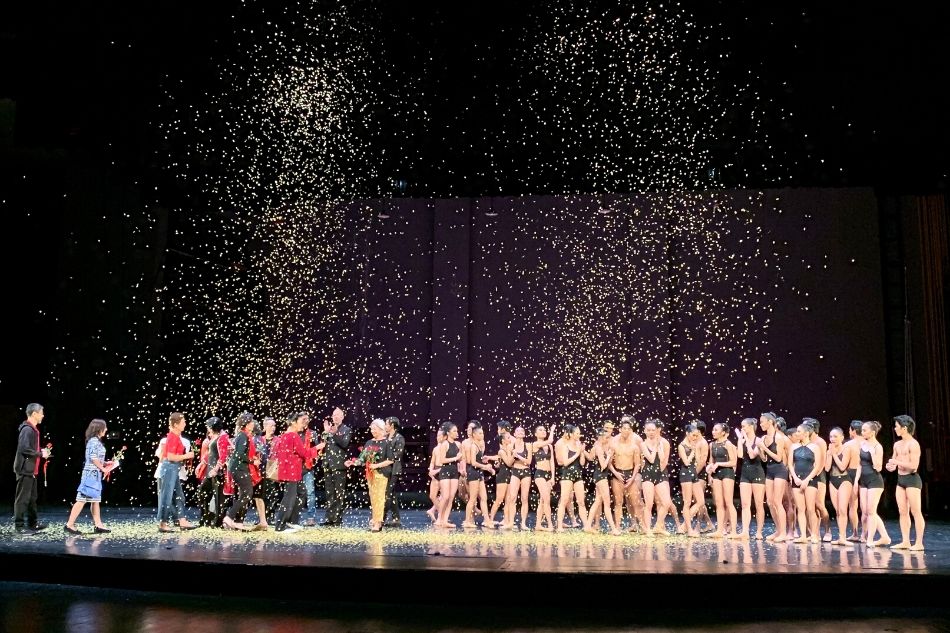 Backstage after the company huddle.

BP dancers had to learn their pieces in record time.

The show was initially intended for the usual BP full-weekend performance, with a matinee and gala night.

The dancers for “Itim Asu” take a bow.

Edna Vida kneels down to honor a pioneer.

Reyes basking in the applause.

She’s not leaving just yet, Alice told the crowd that greeted her.

Bencab takes a bow with the star of the tribute.

The audience gives Reyes, who was sitting in the middle of the room, a standing ovation.

A dream came true — despite the odds.