This photographer's images of Filipino resilience are winning acclaim in Europe Hoffman's photo of a kid horsing around while Mayon erupts just won first prize at the PR-BILD awards.
Culture Spotlight

This photographer's images of Filipino resilience are winning acclaim in Europe

Meet Per-Andre Hoffmann, the decorated photographer who has shot for 'Time' and 'National Geographic' and has met powerful men like Fidel Castro, but is more impressed by the Philippines and its people.
Fidel Feria | Feb 19 2020
facebook twitter

We are often told, particularly in these trying, virus-ridden times of our resilience of spirit. It is almost a jarring point of pride—how supposedly Filipinos can retain a neighborly smile even in the face of brutal calamity—considering the frequency of our run-ins with disaster.

Think of it as you will, but that so many derive an uplift from seeing our good humor withstand tragedy is a truth that persists.

One would be hard-pressed to produce a better encapsulation of this resilience than Per-Andre Hoffmann’s “It’s more fun in the Philippines” photograph. The photo, which bagged first prize in the Lifestyle category at the 2019 PR-Bild Awards, depicts a boy heedlessly leaping from a springboard into a bay all while an active Mayon Volcano looms largely in the backdrop.

The photographer, who has been published in TIME and National Geographic, among other publications, says the image communicates a message about “living life and love to the fullest.” Hoffmann, who is based now in Makati, adds that, due largely to Europeans’ unfamiliarity with volcanoes (there are but a few not located in Italy or Iceland), they are under the general impression that a volcano outbreak would strike a Hollywood-grade panic among the public.

In Hoffman's award-winning photo, we see the opposite. Its an image of children enjoying life and unimpressed with the threat of Mayon. "There’s the fisherman idly paddling by, going about his work as usual. And there’s the people on the Esplanade, casually strolling, holding hands,” says the photographer, who was raised in Brazil and Norway, describing the picture.

As arresting as the image is, the work of capturing it wasn't exactly a case of lightning in a bottle.

Hoffmann admits he had to observe and take numerous shots. “None was absolutely perfect and the light was fading,” he adds. “Without changing the original message, I requested one of the boys to jump in a certain way. After several attempts, the message was preserved and the perfect PR-shot was created. I left the kids with smiles on their faces and knew this image would fuel the imagination and touch the soul of people in the West.”

In addition to “It’s More Fun in the Philippines,” Hoffmann had another winner in his piece entitled “Ten Generations Under One Roof,” which bagged third prize in the Visual Stories and Campaigns category. It depicts two Filipinos sitting in a nipa hut containing bones of their ancestors.

It was the Department of Tourism (DOT) who submitted Hoffman's works to the PR-Bild Awards which the German press agency Deutsche Presse-Agentur (DPA) has been running since 2006. The awards honor achievements in public relations photography and visual communications.

Settling in the PH

So what drew Hoffman to this country?

In 1993, the DOT asked him—at that point he was already an established photojournalist in Germany—to promote the Philippines. (Germany was the world’s biggest outbound tourism market then.) In turn, his work featuring the country saw publication in renowned magazines and newspapers, which prompted the DOT to invite him back on multiple occasions.

During this time, Hoffmann would spend several months in a year working in the Philippines. Shortly thereafter, with the advent of the internet, the location of a “base” had become irrelevant to him. “After having been to over one hundred countries,” he says, “I chose my overall favorite place—the Philippines.” The photographer, who is unmarried, has since become an adoptive father to a girl from Bicol.

It should now require little imagination to see why Hoffmann, who studied visual communications and media design, should be so enamored with our islands. He describes the country as “an absolutely magical archipelago with enormous diversity, stunning scenery and natural beauty, diverse cultures and traditions, awesome fiestas and rituals…[all] waiting to be told.”

Electing to state the obvious, he adds: “The Philippines is a photographer's dream.”

Man behind the image

While Hoffmann took up photography “professionally” as a university man, he believes making images was in his DNA all along. “I found a photo of myself “shooting” with a self-made camera dummy when I was six or seven," he recalls.

Eventually, in university, he began offering both writing and photography of his global travels to different publications. With a dogged determination, he slowly but regularly got work published, gaining national recognition in the process.

He recalls how his first major recognition was “boosted” by stories he had published from war zones, particularly his work capturing the civil war in Sudan. An editor in GEO Magazine, in attesting to Hoffmann’s work ethic, says he “risks life and limb for a good shot.”

To see some of Hoffman's works, click on the slideshow: 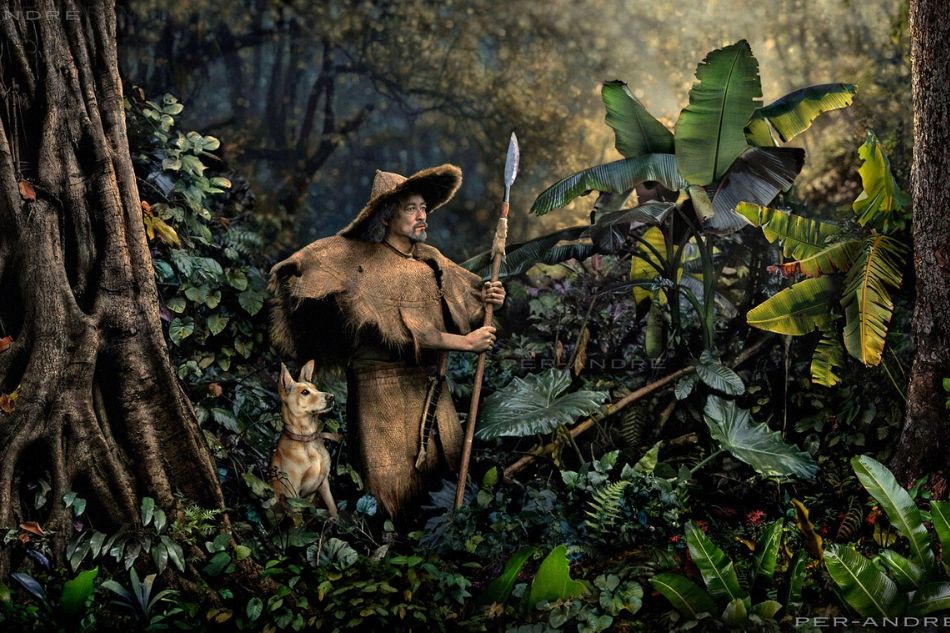 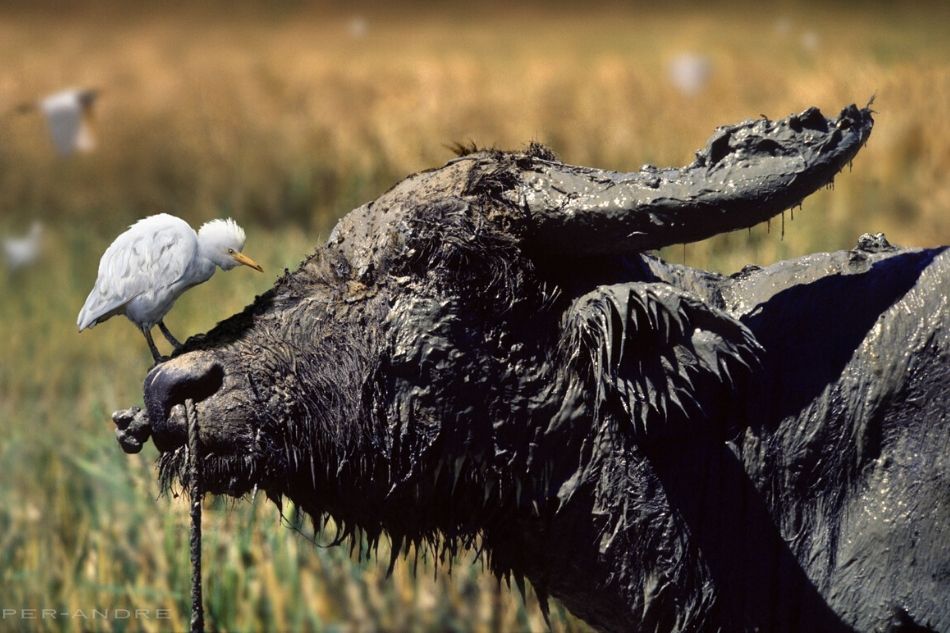 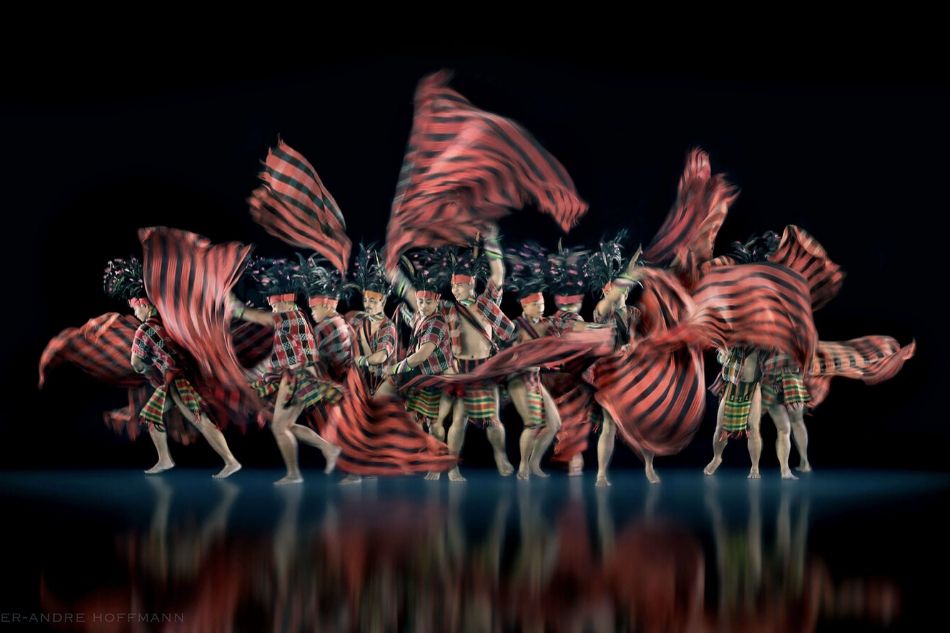 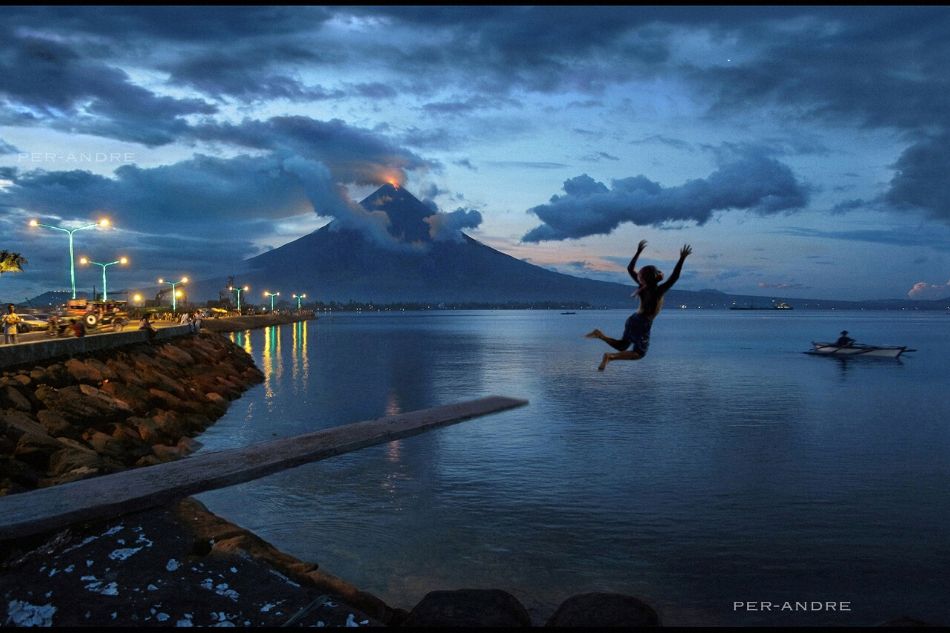 I prefer Hoffmann’s own, more cogent take: “Basically, he meant I was a young nutcase.”

In earnest, Hoffmann is simply of the belief that he has to see everything from a different lens. In his work, he wants nothing short of “clean compositions, easy-to-grasp messages, exquisite and unusual light, and a touch of my personal twist.”

Asked about what subjects might figure in his work in the future, Hoffmann chooses to illuminate what furthers along his artistic evolution. “[It] is not expressed in what I shoot, but how,” he explains. “My philosophy is always the attempt to see things differently, pursue new aesthetics, messages, and techniques.”

Not only is this a personal ambition, adds Hoffmmann. “It is a professional necessity.”

Portraits of Hoffman by Patrick Mateo