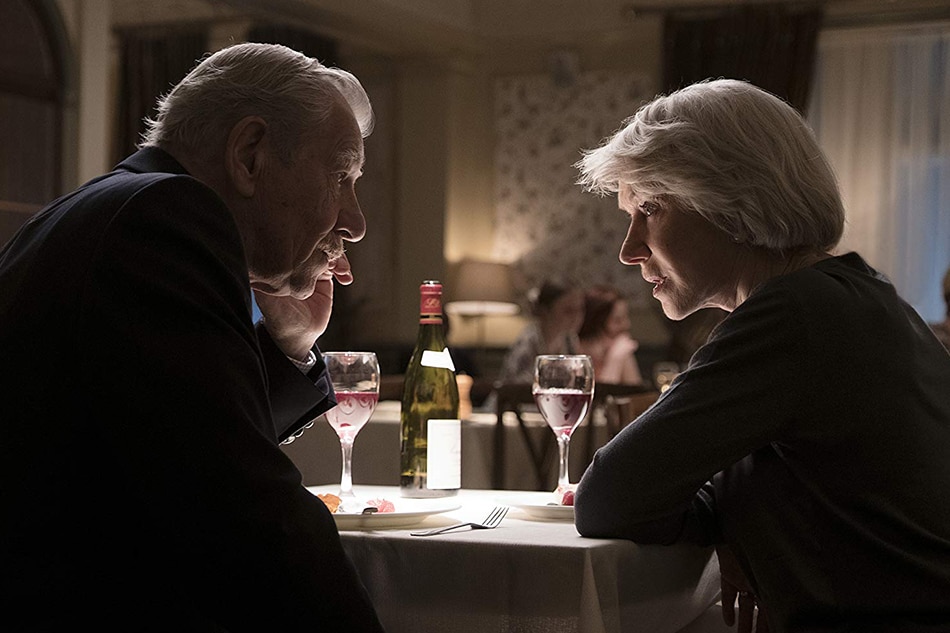 The pas de deux they do so well: McKellen and Mirren display their brilliance in The Good Liar. Photograph courtesy of Warner Bros. Pictures
Culture Movies

Ian McKellen and Helen Mirren get to do what they do best, and it’s a treat just to watch the sparks fly.
Andrew Paredes | Nov 27 2019
facebook twitter

There is padding your dating profile. And then there’s what predatory con man Roy Courtney (Ian McKellen) does in The Good Liar. A lifelong grifter, Roy makes his money bilking greedy businessmen out of their investments and, just to display his versatility at assuming identities, cheating widows out of their savings. Which is how he gets set up by a dating site with Betty McLeish (Helen Mirren), a widow and retired professor who is up for some fun companionship. But Betty’s grandson Steven (Russell Tovey), conveniently pursuing a postgraduate course on post-World War II history, disapproves of their budding fondness (a very British word the movie pokes fun at). And his insistent digging threatens to complicate Roy’s schemes.

That quick synopsis only scratches at the surface of the sleight-of-hand machinations you would expect from a movie like The Good Liar, adapted by screenwriter Jeffrey Hatcher from the 2016 novel by Nicholas Searle. It also shows director Bill Condon at the small-movie phase of his alternating big-tentpole/small-movie career pathing. Except there’s nothing small about the pas de deux between acting titans Helen Mirren and Ian McKellen, who display easy camaraderie and an instinctive shorthand when it comes to letting the other take the lead. McKellen hasn’t had a role that allows him to be a terrifying Patricia Highsmith-style villain since 1996’s Apt Pupil, and after broad turns in The Fast and the Furious franchise and RED, Mirren is once again afforded the chance to be subtle.

Elsewhere, exposition-laden flashbacks communicate the width and breath of the deception that lies at the heart of The Good Liar’s plot, and it is really here where the smooth, gliding dance between Mirren and McKellen transitions into something more leaden and earthbound. And at its heart the film is delightfully silly, involving a preposterous grift with so many moving parts that you can’t help but speculate how easily the whole thing would fall apart if attempted in real life. (By the way, where does one buy those ginormous handsets with big LED displays that tell you when bank funds have been transferred?)

But there’s a moment in the movie involving a still life painting of flowers when Mirren and McKellen must hint that the game is truly afoot, and every slight narrowing of their eyes and almost imperceptible furrowing of their brows feels like tectonic plates shifting. Sometimes loopy, sometimes capable of cheating with its narrative, The Good Liar is nonetheless replete with the pleasures of watching two giants at play.