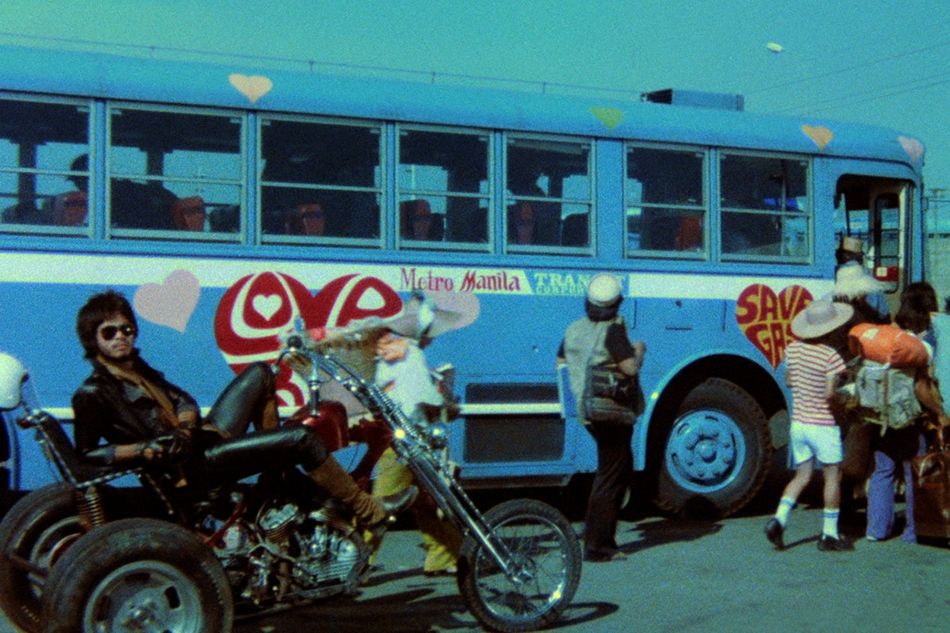 Groovy Boyet with the 70s' transport of choice.
Culture Movies

Treat yourself to a refresher course on Manila structures, icons and street names via these stills from the 1977 film, which is returning to the big screen this month via the QCinema Film Festival.
ANCX Staff | Oct 13 2019
facebook twitter

We love seeing photographs of Manila from the 70s, with its clean streets and promise of progress. Of course, the 70s was also the height of Martial Law. And behind the sheen of rising landmarks and cultural complexes were human rights abuses and the country’s coffers being plundered.

But there are days like today when pictures of wide open streets and decent spaces between cars provide a soothing, necessary balm to our tired commuter sensitivities (and asses). Well, there are a ton of those images—moving ones (unlike the cars in EDSA)—in the 1977 film Tisoy, a riot of a comedy directed by Ishmael Bernal, from the imagination of the great cartoonist Nonoy Marcelo, produced by Nora Aunor, and newly restored and remastered by ABS-CBN Film Restoration. ​

Tisoy was originally a 60s comic strip by Marcelo in The Manila Times. It was about the lifestyles of the youth of the era. In 1977, he adapted it for the big screen where Tisoy, played by Christopher de Leon, is the vest-and-bellbottoms-wearing, motorcycle-riding kid who just came back from the US after failing to find his father. In his return, his girlfriend Maribubut (a drop dead gorgeous Charo Santos) is nagtatampo and nagpapakipot—after being practically abandoned by Tisoy for a long time.

The two are joined by a company of comedic folks: from Tisoy’s BFF Boy Biglangyaman (Jay Ilagan) to Aling Otik the Metro Aide (a Marcos era icon, played by Moody Diaz), and Tikyo (played by Bert “Tawa” Marcelo), who turns out to be the servant of Tisoy’s dad. Together, they get into one rollicking sitch after another, all the while roaming the wide open streets of Marcos time Metro Manila, from Roxas Boulevard to Quezon Avenue. 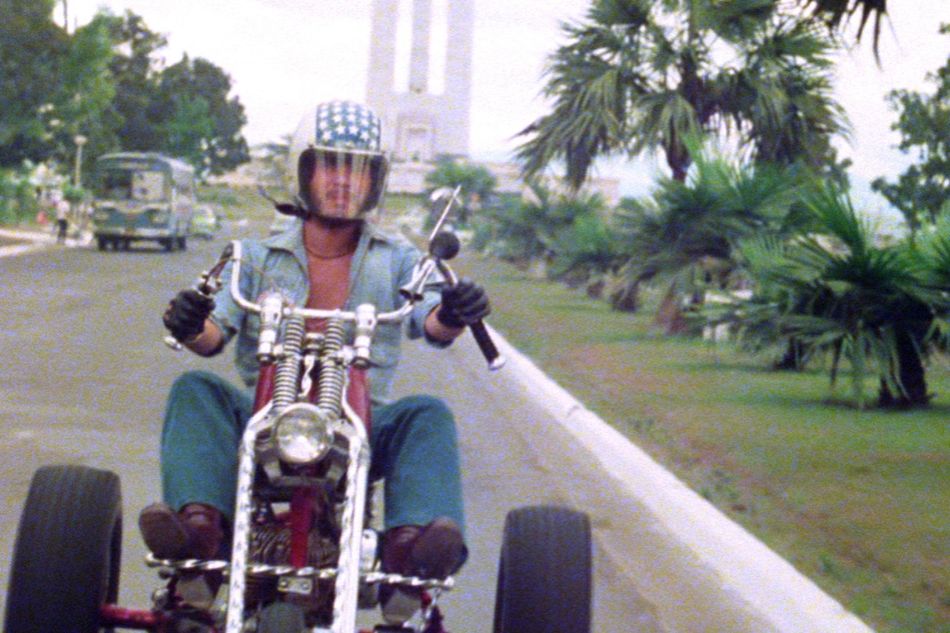 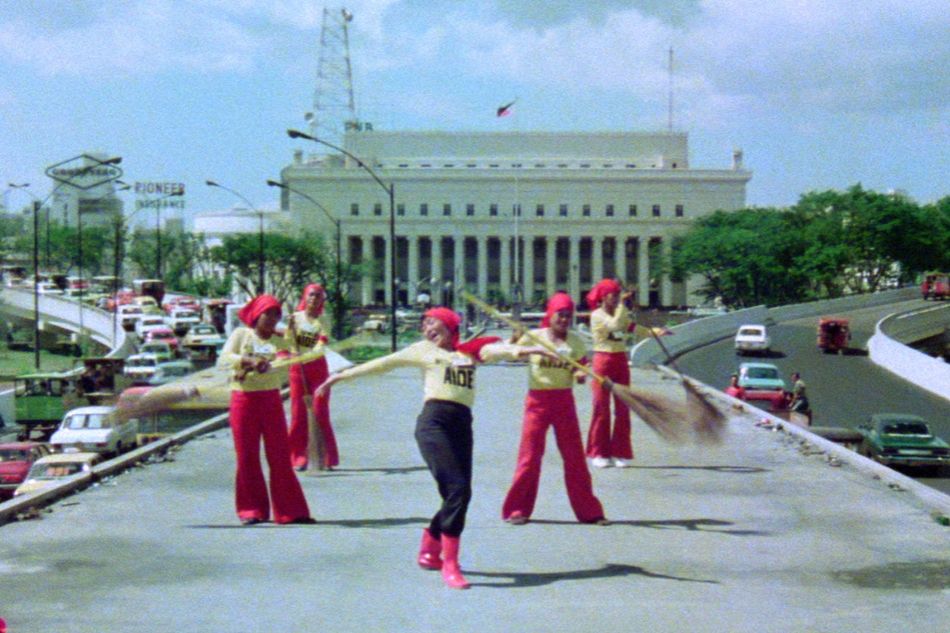 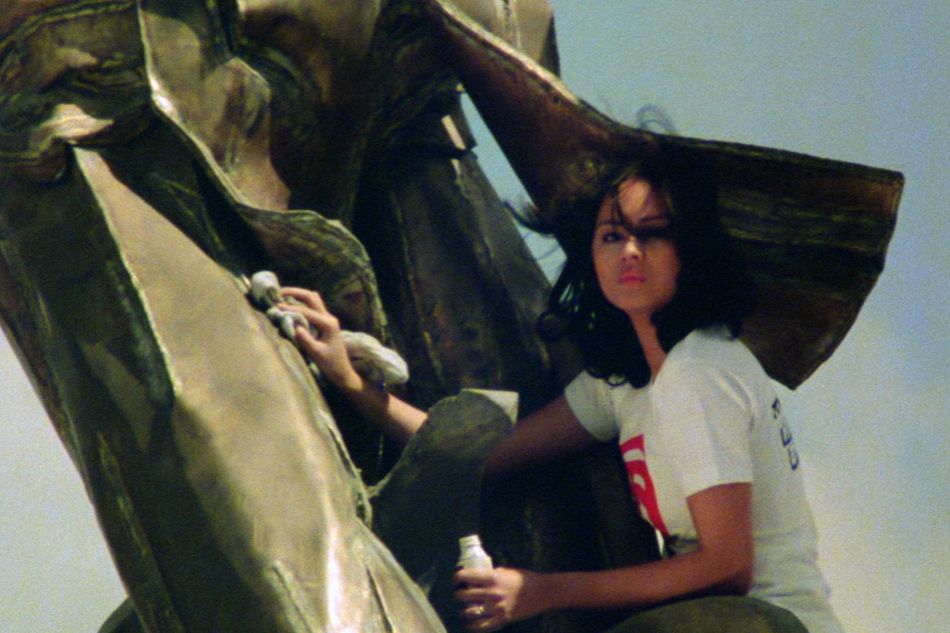 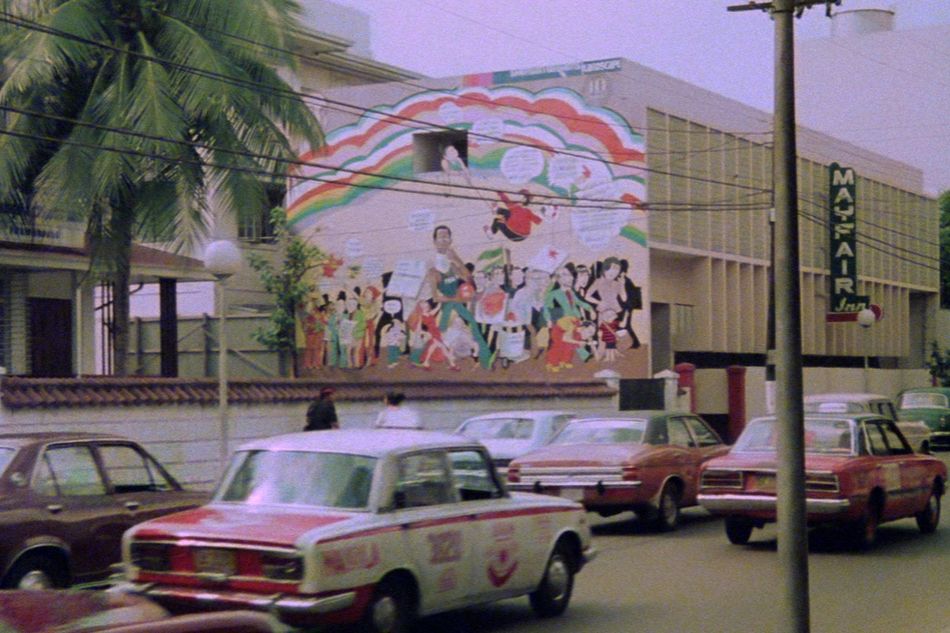 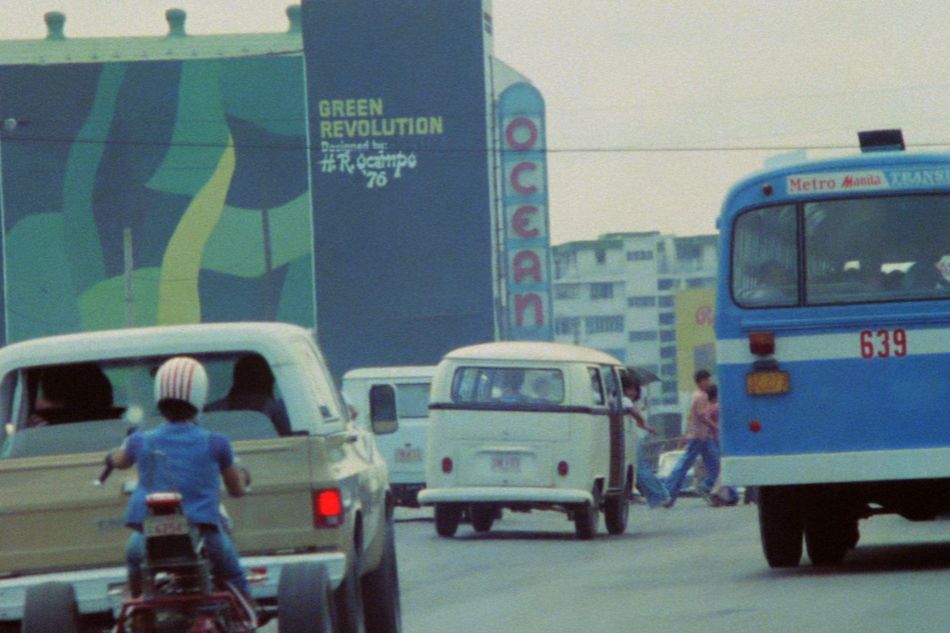 De Leon as Tisoy with Ruffy Mendoza, with the Manila Post Office as backdrop.

Tisoy driving away from the Quezon Memorial Circle.

Aling Otik and company dancing on the roof of the underpass, with the Manila City Hall on the background.

A bunch of Metro Aides, led by Aling Otik, dance on top of the underpass roof, with the Manila Post Office in the background.

Charo Santos as Maribubut, making punas the statue in Malate of Rajah Sulayman.

Tisoy reflecting on his life at the Manila Bay.

Alink Otik in Intramuros, with the Manila City Hall behind her.

The SM Shoemart in Makati. Beside it, the Hotel Intercontinental Manila.

Aling Otik at the golf course in Intramuros.

A busy Malate scene with the Mayfair Inn in the background.

EDSA Corner Aurora Boulevard with Ocean Theaters 1 and 2 in the background. On the wall is an H.R. Ocampo mural entitled Green Revolution (1976).

The Guadalupe Bridge in EDSA heading north. Dela Merced Building with the ABC Tri-Cinema in the background.

The Bayview Plaza in Roxas Boulevard.

Members of the Tisoy cast, with the then newly renovated (by Leandro Locsin) Manila Hotel in the background.

Catch Tisoy's big screen return this Thursday, October 21 in Trinoma, as part of the QCinema Film Festival. (The critic Mario Hernando once wrote, “It’s a little fun movie, a meandering madcap comedy that is partly corny, partly hysterically crazy, partly private with its jokes.”) Meanwhile, the above screengrabs from the movie are here to tide you over, and spark some much needed old Manila nostalgia before you take to the city’s cruel streets again early tomorrow.

Video grabs courtesy of the ABS-CBN Archives. Special thanks to Isidra Reyes for helping us identify the landmarks.