Review: ‘Godzilla: King of the Monsters’ is a tasty monster buffet 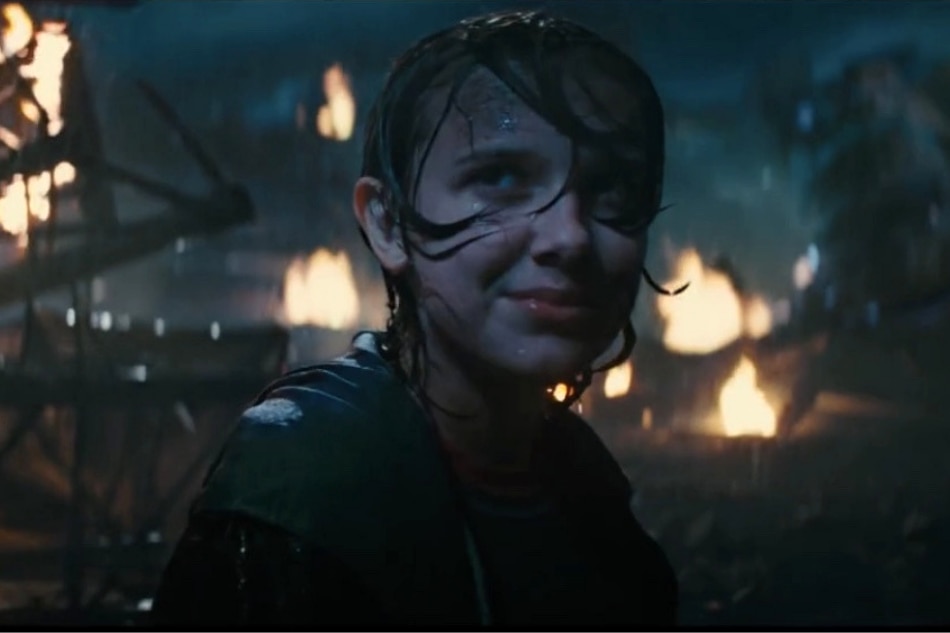 Review: ‘Godzilla: King of the Monsters’ is a tasty monster buffet

The production’s mandate is clearly to fulfill every fanboy’s dream of stuffing Godzilla along with other beloved monsters from the Toho playbox into one Hollywood blockbuster.
Andrew Paredes | May 29 2019
facebook twitter

It seems everybody has a cinematic universe these days. Whether you’re a superhero, a lightsaber-wielding warrior from a galaxy far, far away, or an evil doll in a glass case, chances are you will have a series of films with interconnected narratives built around you once you’ve established a brand. So it comes as no surprise that Godzilla, the reptilian titan that Japanese film company Toho dreamed up in a fever of nuclear paranoia in the ‘60s, would inevitably get the universe-building treatment from Hollywood. When reboot Godzilla (2014) and Kong: Skull Island (2017) both proved to be gargantuan hits, a Monsterverse franchise fell into Warner Bros’ lap, and Godzilla: King of the Monsters is its third entry.

Despite the pyrotechnics at his disposal, director Gareth Edwards (who would go on to helm Rogue One: A Star Wars Story) managed to make 2014’s Godzilla a relatively brooding monster movie, meditating on families ripped apart by tragedy while offering only one MUTO—or Massive Unidentified Terrestrial Organism, for you uninitiated—to battle his titular kaiju: a giant stapler remover with wings who, as it turned out, was just looking for some loving.

Godzilla: King of the Monsters does away with that contemplative mood, although it also uses tragedy as a jump-off point. The family at the center of Godzilla: KOTM happens to have intimate connections to Monarch, the crypto-zoological agency from the first two installments charged with finding, monitoring and, in some cases, gestating these long-dormant kaiju. After losing a son in the San Francisco showdown that capped the Godzilla reboot, zoologist spouses Mark (Kyle Chandler) and Emma Russell (Vera Farmiga) go their separate ways—with Mark espousing a kill-all-kaiju stance and Emma deep-diving into their study, devising a contraption that mimics MUTO calls and opens a line of communication with these giants. When an environmental terrorist group kidnaps Emma and her surviving daughter Madison (Millie Bobby Brown), Mark and the Monarch crew—including returning characters Dr. Ishiro Serizawa (Ken Watanabe) and Dr. Vivienne Graham (Sally Hawkins), and new scientists Ilene Chen (Ziyi Zhang) and Rick Stanton (a wry Bradley Whitford)—must track them down before they awaken other dormant kaiju and annihilate the rest of humanity.

Godzilla: KOTM’s express mandate is to fulfill every fanboy’s dream of stuffing Godzilla along with other beloved monsters from the Toho playbox into one Hollywood blockbuster. Godzilla is now facing off against sworn enemy Ghidorah, the three-headed dragon, with insectoid Mothra and pteranodon-like Rodan along for the ride. But director and co-screenwriter Michael Dougherty, a veteran of genre entries ranging from X-Men to slasher movies, manages to squeeze a debate between the sanctity of human life and man’s depredations on the planet into the middle of the mayhem. The character motivations that serve as legs for this debate might be a bit wobbly, and it might be a little hard to keep track of who goes where in the middle of all the CGI spectacle, but Godzilla: King of the Monsters is still a tasty monster buffet. And if you stay for a post-credits sequence, it even takes the time to leave a chocolate mint on your pillow once you switch your brain off.