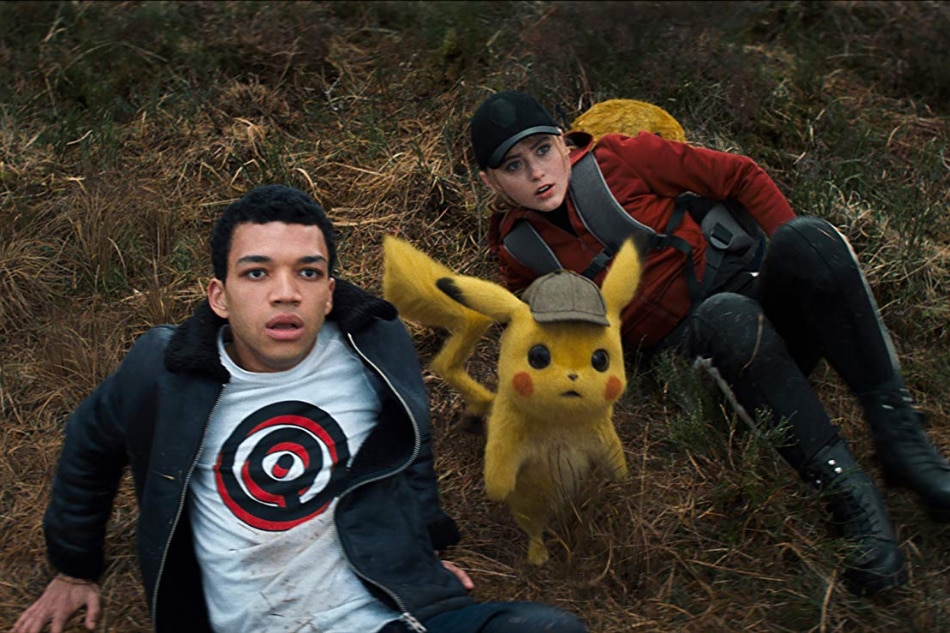 In the movie, Pikachu has been reincarnated into a wisecracking gumshoe with amnesia and an addiction to caffeine. Photograph from Warner Bros. Pictures
Culture Movies

More Scooby-Doo than noir satire, Rob Letterman goes for noisy, blockbuster elements instead of capitalizing on the film’s main strength: Ryan Reynolds and Justice Smith, and their delightful and lighthearted interactions.
Andrew Paredes | May 08 2019
facebook twitter

Fans of a certain age who watch Pokémon Detective Pikachu might flash back to another film of their youth: Who Framed Roger Rabbit, the 1988 live action/animation combo that also features toons coexisting with humans. Both are comedies, both revolve around a central mystery… but only one catches both adults and kids by embracing its essential nature as a spoof.

If Roger Rabbit makes loving fun of noirs like Chinatown, Pokémon Detective Pikachu is futuristic noir-lite, more Scooby-Doo than a satire of Blade Runner. For the uninitiated, Pikachu is a yellow creature with a tail shaped like a lightning bolt, capable of zapping people with a few jolts of electricity. In the cartoons, Pikachu is a pet whose vocabulary is limited to a squeaky “Pika Pika!” In this movie, he has been reincarnated into a wisecracking gumshoe with amnesia and an addiction to caffeine. And in this movie, he lives in a metropolis named Ryme City, where humans pair up with Pokémon in a convivial master-pet arrangement, even though they don’t understand each other. Which makes it all the more intriguing when Pikachu finds he can communicate with a sullen teenager/insurance agent-in-the-making named Tim (Justice Smith), who has come into town investigating the death of his policeman father. But is Tim’s father really dead? And is the enthusiastic cub reporter (Kathryn Newton) who befriends Tim really on to something when she insists that a local mega-corporation is up to no good?

Pokémon Detective Pikachu’s greatest strength lies in its casting of Ryan Reynolds as the voice of the furry yellow sleuth. He brings the same manic wit and emotional grounding he brings to the Deadpool movies, upping the comic hijinks when Pikachu and Tim encounter other peculiar creatures in the Pokémon canon (including Psyduck, a pseudo-bird with a tendency to emit explosive bolts of energy when stressed, and an antennaed critter who takes mime a bit too seriously) and lending a touch of sincerity to the character-building moments. The movie is at its best when it coasts along on the charming interactions of its two leads as they make their way through a surreal, half-recognizable world.

What ultimately undoes Pokémon Detective Pikachu is its insistence on the Hollywood blockbuster rule-of-thumb that an ending has to be built on some apocalyptic conceit. The third act is when the movie chucks its easygoing charms for noise and world-ending bombast…and is all the more diminished for it. Who Framed Roger Rabbit leaned into its noir spoofery by making the conspiracy revolve around something as inconsequential as a railroad running through a cartoon town, and became a true groundbreaker by doing so. Pokémon Detective Pikachu goes the other way, aiming for mega-budget spectacle and becoming more generic.