Review: ‘The Aftermath’ is a handsome drama that refuses to scratch its elegant surface 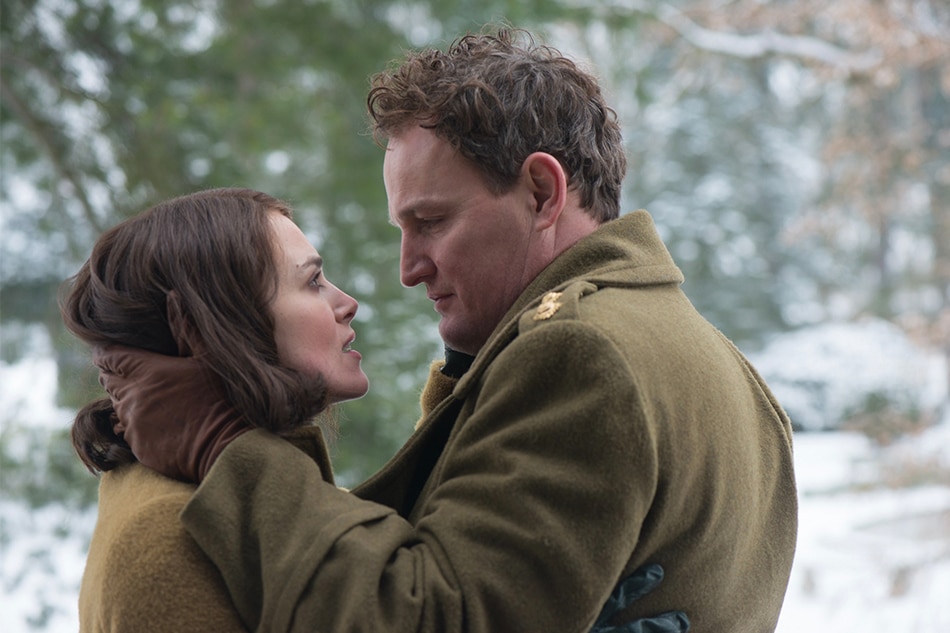 Knightley and Clarke in The Aftermath.
Culture Movies

Review: ‘The Aftermath’ is a handsome drama that refuses to scratch its elegant surface

It’s a little disappointing to be a critic who makes a fuss over a film’s costume design and art direction, but in The Aftermath the characters do it too.
Andrew Paredes | Mar 13 2019
facebook twitter

It’s a mixed blessing that I got to watch James Kent’s Testament of Youth (2015) before I got to watch his current film, The Aftermath. The two films share common traits: the horrifying cost of conflict (Testament occurs during World War I, Aftermath takes place immediately after World War II); the stiff British upper lip set nobly against the sweeping tragedy of war; the narratives centered around women. Most importantly, both movies found interesting new angles to these global conflicts. Testament of Youth, based on the memoir of pacifist Vera Brittain (played by Alicia Vikander), is a deep meditation on loss and coming of age during wartime as Brittain​ endures the staggering losses of first her fiancé (Kit Harington), then her brother (Taron Egerton), and then the man she could have started over with (Merlin’s Colin Morgan). The Aftermath, based on the 2013 novel by Rhidian Brook, uses as its milieu the British reconstruction effort in post-war Hamburg, a chapter that most WWII movies usually neglect. I’m grateful that I got to watch Testament of Youth’s quietly graceful take on sorrow; I am also miffed at it for exposing The Aftermath to be just the adequate drama that it is.

In The Aftermath, Keira Knightley plays Rachael Morgan, an army wife who travels to Hamburg to join her husband Lewis (Jason Clarke), a British colonel assisting in the reconstruction efforts. Lewis is a deeply compassionate man, advocating for ethical treatment of the subjugated Germans, and yet there is a wall between him and his wife—they have not begun to process their grief at the death of their son during the London blitz. The army requisitions a beautiful house for the Morgans to live in, and Lewis’ charitable nature leads him to invite the former occupants to stay, albeit in the attic: an architect named Stephen Lubert (Alexander Skarsgård) and his sullen daughter Freda (Flora Thiemann), both mourning the loss of a wife and mother during the bombing on Hamburg. Initially wary and standoffish, Rachael bonds with Stephen over their shared experience of repressed sorrow—and a love triangle soon develops.

I say The Aftermath is adequate not just because its material is considerably more gossamer than that of Testament of Youth, but because it settles so readily on the soap opera of fleeting touches and clandestine trysts. (There are two sex scenes, by the way: a frenzied one on top of a dining room table that just hosted a dinner party—you know, just for the subversive kink of it—and a more sensuous, languorous one in a sun-drenched corner of the attic. Both are quite hot.) The screenplay by Brook, Anna Waterhouse and the punnily named Joe Shrapnel make references to the queasy dynamic between the conquered Germans and their conquering British invaders, most apparent in a subplot involving Lubert’s daughter and a Hitler Youth resistance movement, but the movie refuses to make more of it.

Instead, the film doggedly piles all its focus on the three appealing leads. Knightley is back in the statuesque romantic heroine mode she perfected in such movies as Pride and Prejudice and Atonement—in fact, there’s a satin mustard gown she wears during the climax that is a direct descendant of the stunning emerald green number she wore in Atonement’s pivotal mistaken-tryst sequence. The leads all turn in heroic efforts, but it is Jason Clarke who acquits himself the best of the three, simply because as the aggrieved husband also juggling a population on the edge of murderous revolt, he is given the most to do. Although you might be forgiven for wondering how any husband could make the mistake of leaving his wife alone for hours in a house with a tall, gorgeous blonde who chops wood in rugged cowl-neck sweaters.

It’s a little disappointing to be a critic who makes a fuss over the costume design and art direction, but then the characters do it too. There’s a sequence where a living-room lounge launches a short discussion on Bauhaus philosophy, there is much ado about a missing portrait, and a Steinway piano plays a huge part in the drama. The Aftermath is frustrating that way: It looks handsome and elegant, but you get the sense that there might be more under that lacquered surface if only the filmmakers had taken the time and effort to scratch it.