REVIEW: Cold Pursuit is a startling neo-noir thriller with a dark sense of humor 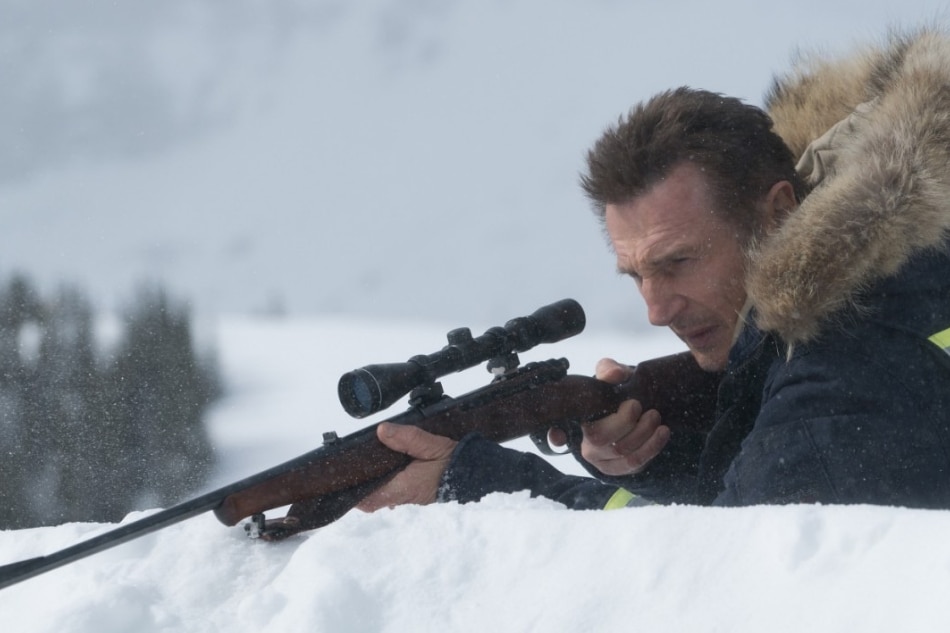 Liam Neeson plays a snowplow driver who takes revenge against the drug dealers he blames for his son's death.
Culture Movies

REVIEW: Cold Pursuit is a startling neo-noir thriller with a dark sense of humor

The conventional wisdom is that marketing works best as a single-proposition premise, because audiences only have room in their brains for one focused message. Such a principle has reduced the trailers for Cold Pursuit into either a run-of-the-mill revenge fantasy for Liam Neeson and his “particular set of skills,” or a swagger-filled misadventure into toxic masculinity in the vein of a Guy Ritchie gangster flick. The truth is, Cold Pursuit is a little bit of both…and so much more. It is its own peculiar, fascinating creation.

Cold Pursuit is a remake of Hans Petter Moland’s 2014 original Kraftidioten (released internationally under the title In Order of Disappearance), and the Norwegian director is back to helm this “revisit”. (A fellow critic friend of mine tells me this new version is almost a frame-for-frame remake.) Neeson plays Nels Coxman—a surname that will be a recurring gag—an upstanding family man and snow plow driver who wins a “Citizen of the Year” award, presumably because he efficiently keeps the roads of his Colorado skiing hamlet open and functioning for tourists. His quiet life is upended when his son Kyle (real-life offspring Micheál Richardson), a baggage handler at the community’s small airport, is murdered by a drug-running syndicate. As Coxman goes on his vigilante spree, he unwittingly incites a turf war between the syndicate’s leader, Trevor “Viking” Calcote (Tom Bateman, Amy Schumer’s misbegotten love interest in Snatched), and a local Native American drug cartel. The disappearances of Calcote’s henchmen (hence the international title of the original) also spark the interest of an idealistic policewoman (Emmy Rossum) and her world-weary partner (John Doman).

What is most startling about Cold Pursuitis that it isn’t really concerned with being a bone-crunching, choreographed-action vehicle for Neeson; it’s more of a neo-noir thriller shot through with the gallows humor—and blinding white snowscapes—of Fargo. It traffics in mining comedy from excruciatingly awkward pauses; in tallying up the body count with deadpan title cards; and in reveling in the quirks of its horrendous cast of criminals, whose outlandish nicknames get the meta treatment. For starters, there is the crime boss Viking, whose immaculately sleek home serves as a stark backdrop for his mercurial temperament and his henpecked dynamic with his ex-wife (Julia Jones). Viking’s crew is equally colorful, a motley assemblage of borderline sexual deviants, inopportune motormouths, and a latent genius of a son (Ryan Holmes). Oh, and the movie even manages to squeeze in a love story that’s a genuine surprise.

The criminals are so quirky that they threaten to steal the whole enterprise from Neeson, whose disintegrating marriage to his wife (Laura Dern) is given short shrift by Frank Baldwin’s script; Dern basically goes into resentful-wife mode and vanishes halfway into the movie. There might also be questions about the sensitivity with which the Native American contingent is portrayed, although my big beef in this regard is how less fleshed out they are than the Caucasian villains. And Cold Pursuit’s interest in subverting the tropes of the vigilante action thriller is a little undercut by the obligatory climactic shootout. All in all, though, Cold Pursuitis nothing like what you would expect, and it would be unfortunate if you let Liam Neeson’s misguided and unnecessary racial comments deter you from checking it out. Revenge may be a dish best served cold, but it goes pretty well with a dash of dark humor.