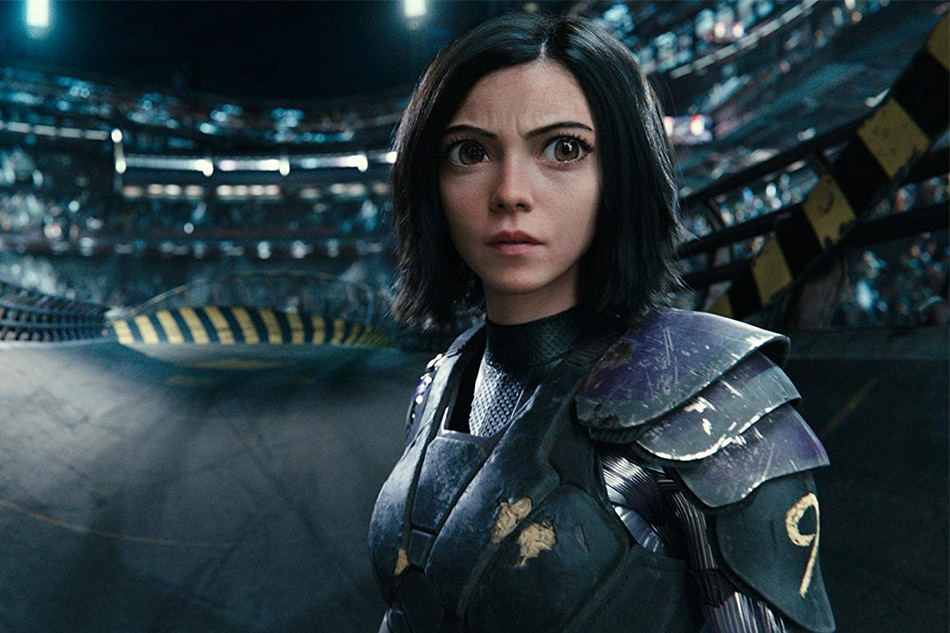 Its titular heroine, played by a magnetic Rosa Salazar, is a cyborg turned lovestruck gladiator. After Bird Box, it’s strange to think it would be a motion-capture performance that gave us an inkling of the range of Salazar's capabilities.
Andrew Paredes | Feb 05 2019
facebook twitter

Alita: Battle Angel is one of those CGI extravaganzas that, given our current appetite for instant brand name recognition, now seems like a box office long shot. The path to fiscal glory is littered with properties that were being built from the ground up but were razed before they could come to franchise fruition—Tomorrowland, Jupiter Ascending, Valerian and the City of a Thousand Planets, and Mortal Engines are just a few recent examples. Two of those (Tomorrowland and Jupiter Ascending) even had A-list headliners. On top of being a largely obscure material, Alita: Battle Angel can boast having three Oscar winners in its cast, but no big ticket draws. So how can this new sci-fi adventure co-written by the director of Titanic and directed by the screen adapter of Frank Miller’s noir graphic novel Sin City beat the odds?

The answer lies in its titular heroine, played by Rosa Salazar in motion capture. Alita is a cyborg rescued from the junk heap by a surgeon—really more of a mechanic, given the predominance of humans with robotic parts—named Ido (Christoph Waltz). She is reanimated in a dystopia named Iron City with no idea of who she is or where she came from. Alita is only told that it is three hundred years after the Fall (one of those apocalyptic battles that characters end up whispering as oral tradition in this genre), and she gloms on to the notion that a floating city in the sky named Zalem is the place to be. She gets this idea from a scavenger named Hugo (Keean Johnson), who makes money for his ticket to Zalem cannibalizing cyborgs like Alita for parts; of course he ends up falling in love with her. And as the title suggests, it doesn’t take long for Alita to realize that she has lethal warrior skills to go along with her oversized anime eyes.

Salazar was last seen hunkering down against unseen phantoms in Bird Box, and it’s strange to think that it would be a motion-capture performance that gave us an inkling of the depth and breadth of her capabilities. Alita: Battle Angel is essentially a coming-of-age tale, and the script demands that Salazar cycle through being a fish out of water to rebellious teenager to kick-ass bounty hunter to lovestruck gladiator over the space of two hours. Salazar does it all with aplomb, never overselling a moment or stomping on a beat. When she tells her hunky boyfriend that “It’s all or nothing with me. This is who I am”, her straightforward sincerity makes the moment even more intense. Salazar’s accessibility is the reason why Alita’s huge almond eyes, despite their Uncanny Valley creepiness, becomes easy to accept—they are the huge bay windows into her innocent soul.

Alita’s major drawback is that, even for a luxurious two-hour running time, it burns through too much story. Yukito Kishiro’s original Battle Angel Alita manga is dense, taking years to develop its most fundamental ideas. Yet the script by James Cameron and Laeta Kalogridis just gobbles up those concepts on its way to a final confrontation, often at the expense of coherence and the development of other characters. Christoph Waltz starts out as an overprotective surrogate father, then ends up merely being Alita’s dispatcher. Jennifer Connelly (as a brilliant cyborg surgeon-slash-moll) and Mahershala Ali (as the villain serving as the front for the ultimate Big Bad) do the best they can with their small parts, but ultimately get the scenes stolen from them by flamboyant cyborg baddies, among them Jackie Earle Haley as a bald behemoth with a vendetta and Deadpool’s Ed Skrein as a vain bounty hunter.

Maybe the filmmakers would have done better to chop the saga down into smaller chapters driven by smaller but compelling goals; after all, the ending hints at a sequel anyway (complete with the reveal of a surprise cameo). If franchise-building is the objective, then let Alita breathe and strut her stuff—Salazar is enough insurance that we will come back for more.