Review: ‘Just Mercy’ is an understated work of power and grace 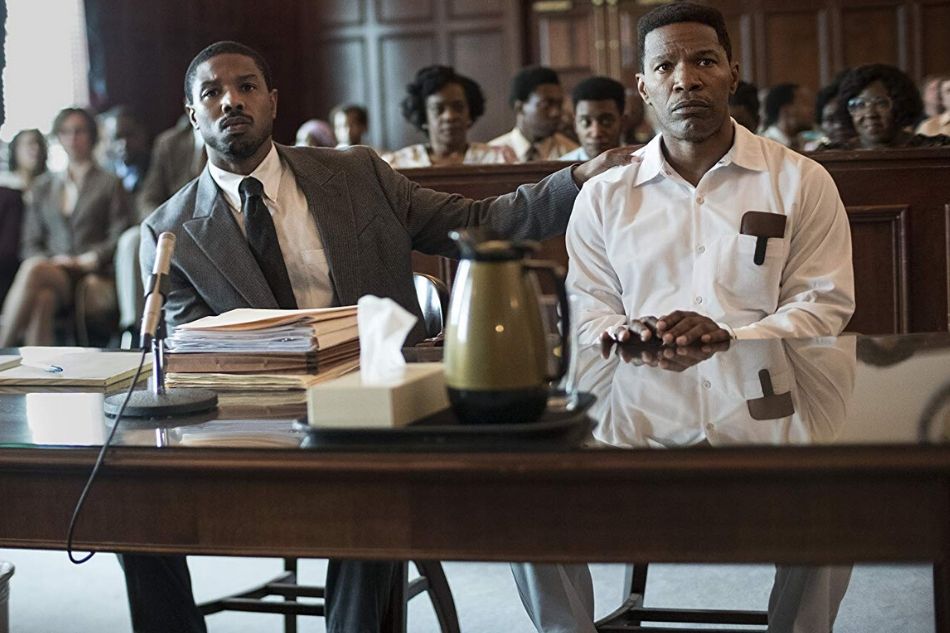 Review: ‘Just Mercy’ is an understated work of power and grace

By humbly staying true to the straightforward and anecdotal nature of the book it is based from, the film quietly earns its emotional moments.
Andrew Paredes | Jan 22 2020
facebook twitter

When you watch Just Mercy, the true-life account of activist lawyer Bryan Stevenson’s (Michael B. Jordan) early work re-evaluating and overturning death-row convictions in Alabama (which, in turn, is based on Stevenson’s 2014 memoir, subtitled A Story of Justice and Redemption), you might be struck by how quiet it is, how matter-of-fact. By all accounts, director and co-writer Destin Daniel Cretton took his cue from the straightforward and anecdotal style of the book. The result is an understated work of power and grace.

The film begins in 1987, in Monroeville, Alabama, where pulpwood contractor Walter “Johnny D” McMillian is accused of murdering a white teenager named Ronda Morrison. McMillian is played by an almost unrecognizable Jamie Foxx, hidden beneath a cap and springy beard, as if he were willfully making himself nondescript. Despite testimonies from his community providing him with an alibi and blatant disregard for procedure on the part of authorities, McMillian is convicted after a travesty of a trial. We then switch to Stevenson, whose advocacy is ignited by an internship visit to a death row facility, where prisoners grasp at every scrap of good news as if they were clinging to life rafts. By the time the Harvard-educated lawyer comes to Monroeville—much to the apprehensions of his family up in Delaware—to set up his pro bono practice, Just Mercy has set up its absorbing and infuriating underdog story with a few deft strokes.

Just Mercy plays out like a procedural, but it uses the McMillian case as a totemic example of the deeply ingrained bigotry and institutional racism of a place where the twin legacies of slavery and Jim Crow laws are never far from the surface. For the most part, it admirably resists the impulse to proselytize, relying instead on offhand details to shade in its points. “Check out the Mockingbird Museum,” drawls the district attorney played by Rafe Spall, referring to Monroeville’s vaunted place in literature as the setting of Harper Lee’s To Kill a Mockingbird. “It’s one of the great civil rights landmarks of the South.” It’s a starkly eloquent illustration of the hypocrisy of a region that’s only pretending to have moved into the 21st century with the rest of the world.

Because it uses the procedural structure as a cover for its message, Just Mercy stages its moments of suspense to great effect; nothing communicates the fear of an oppressed community quite like the paranoia of a black man driving down an Alabama back road. But through it all, the film displays a generosity of spirit that it spreads not only to McMillian’s fellow inmates—watch out for Rob Morgan as a PTSD-suffering Vietnam War veteran and O’Shea Jackson Jr. as a smart-mouth who occupies another neighboring cell—but also to its white characters. There is an obvious ally like Stevenson’s law firm associate Eva Ansley (played by Brie Larson with simmering righteousness), but the script even fills in the backstory of Ralph Myers (an affecting Tim Blake Nelson), the convicted felon who originally fingered McMillian for the murder. Even a fictional prison guard (Hayes Mercure) gets an arc that is carefully tracked.

If there is one regret that I have with Just Mercy, it is that the film never really gives itself the leeway to let us know its heroic crusader. The challenge for any actor playing such a straight arrow is that his convictions are so iron-clad, all that moral rectitude can feel constricting. Michael B. Jordan shines in the role of a real-life hero—a term Stevenson reportedly eschewed—but Just Mercy’s leading man could have used a little more light on his character’s inner life.

All that painstaking understatement earns the film its moments of peak emotion, especially its incredible climax, as Stevenson’s dogged investigations expose the cracks in the prosecution’s case. Even here, the film’s thesis that we all deserve the mercy of unwarranted grace is writ large. More than a rousing underdog story or an indictment of systemic injustice, Just Mercy stands as a testament to our flawed humanity—our cowardice coexisting beside our ability to stand up and make a difference. Go and watch it now.