Did the Golden Globes go overboard in its effort to advance inclusivity? 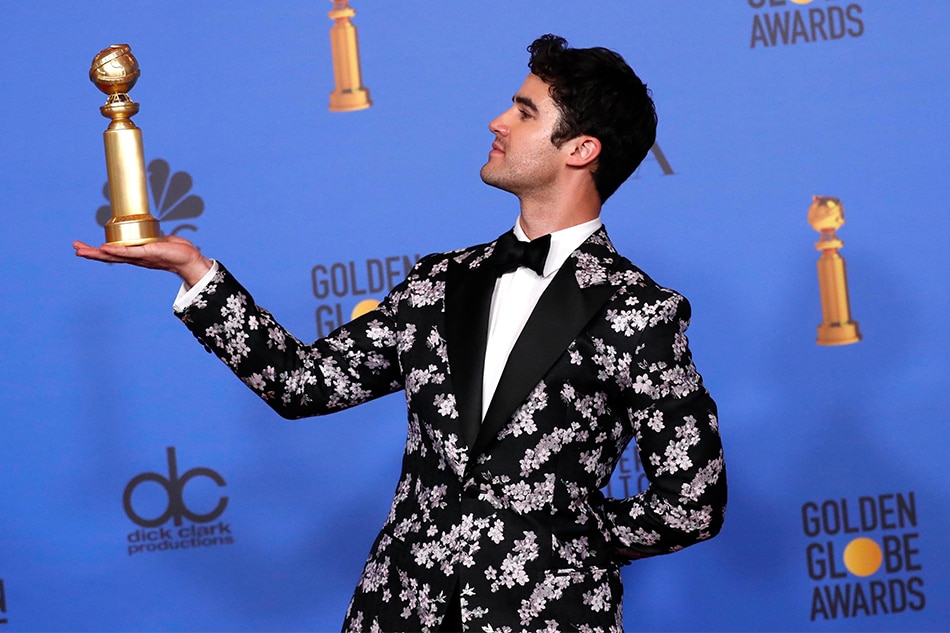 Darren Criss poses backstage with his award for Best Performance by an Actor in a Limited Series or a Motion Picture Made for Television for "The Assassination of Gianni Versace: American Crime Story"
Culture Movies

Did the Golden Globes go overboard in its effort to advance inclusivity?

By practically snubbing the celebrated A Star Is Born and favoring actors and pictures that represented inclusivity, did the Hollywood Foreign Press forget what the Globes is essentially about: recognizing the year’s most superior work?
Andrew Paredes | Jan 07 2019
facebook twitter

So, first things first. I had a dismal record for accuracy in my predictions for the Golden Globes this year: a pitiable four out of 12 categories (or 33 percent); six if you count the “should wins” (Glenn Close for Best Actress Drama Motion Picture and Olivia Colman for Best Actress Musical or Comedy Motion Picture), which brings my record this year to a mediocre 50 percent—the worst since I started indulging in this hobby.

Oddly enough—and I’m not saying this to put on a brave face—I love it when I get this stuff wrong. While predicting the outcome of awards shows isn’t an exact science, there is a methodology to it: Look at the quirks and track record of the body handing out the awards, look at the prevailing trends in other awards-giving bodies, look at the larger culture for context. Every Tom, Dick and Blogger will put out their predictions, but nobody will tell you that predictions are really a cynical business. “They’ve done that, so they might do it again.” And so, when prognostication after prognostication fell short, a part of me was delighted that the Globes could still surprise me. Whether those surprises were all pleasant is another matter altogether.

The first surprise came early last month, when the Hollywood Foreign Press Association (HFPA) announced that comedian Andy Samberg and Killing Eve actress Sandra Oh would be hosting the ceremony. Samberg is an old hand at hosting—the worst that could be said about him is that he can be too energetic, like a puppy that refuses to stop licking your face—but Sandra Oh? Anybody who’s seen her deadpan humor as the steamrolling Cristina Yang in Grey’s Anatomy might be persuaded into thinking that she has comic chops…but enough chops to keep a three-hour exercise in self-congratulation rolling?

True enough, Oh’s nerves kept her comic timing from functioning smoothly. The hosts’ routine of masking compliments as insults got mild laughs at best, and the topical jokes were softballs compared to, say, Tina Fey’s 2014 jab at Gravity’s George Clooney for preferring death in the vacuum of space to spending time with a woman his age. Christian Bale landed more effective punches in his acceptance speech for winning best actor in Vice, thanking Satan for the inspiration to play ex-Vice President Dick Cheney and saying, “I hope I can corner the market on charisma-free assholes from now on. What do you think—(Senate Majority Leader) Mitch McConnell next?” It was obvious Oh lacked the training of stand-up comedy, which hones the skill of making scripted material roll off the tongue, impromptu yet inevitable.

The tone of the evening varied wildly—as these things often do—from earnest (The Marvelous Mrs. Maisel’s Rachel Brosnahan gushing that her show’s set was “a matriarchy”) to hilarious (Olivia Colman giving a shoutout to “mah bitches Emma and Rachel” and saying she had a “f**kin’ blast” shooting The Favourite). What struck me was how awkward the transitions were. Sandra Oh once again set the tone: After passing off a quote from Lady Gaga’s A Star Is Born interviews as an off-the-cuff sentiment (“There could be a hundred people in a room and 99 don’t believe in you…”), she abruptly switched gears by remarking on “this moment of change.” Pausing dramatically, she turned to someone in the audience and said, “Because I see you”…and earned a laugh for her sincerity.

In the past two years, the Golden Globes generated headlines in their choice of recipient for the Cecil B. DeMille Award. In 2017, Meryl Streep faced down the POTUS in a voice hoarse from crying for her recently departed friend Carrie Fisher and became a hero of the Trump resistance. Last year, Oprah Winfrey delivered a fiery speech that ignited rumors of a presidential bid. This year, the Globes got savvy to the newsworthiness of their lifetime achievement awardee, and decided to give the Cecil B. DeMille Award to…Jeff Bridges? The 70-year-old actor decided to maintain his Big Lebowski dudeness all throughout his speech, rambling about living “in the moment” and “making a difference”, completely forgetting that Matthew McConaughey had beaten him to the mantle of White Hippie Dude.

No, leave the headlining speech to perennial Oscar bridesmaid Glenn Close, who declared: “Women, we are nurturers. That’s expected of us…But we have to find personal fulfillment. We have to follow our dreams. We can say, ‘I can do that. And I should be allowed to do that.’” Heartfelt. Extemporaneous. Brilliant. A standing ovation well-deserved.

Going back to the point of my dismal performance at predicting the Globes, I think my huge handicap lay in underestimating how far the HFPA would go to advance the narrative of inclusivity throughout the evening. Among the best picture nominees were films with an exclusive black cast and an exclusive Asian cast (although Black Panther and Crazy Rich Asians would ultimately go home empty-handed). And among the roster of winners are two African-Americans (Regina King for If Beale Street Could Talk and Mahershala Ali for Green Book), actors of Egyptian and Filipino descent (Rami Malek for Bohemian Rhapsody and Darren Criss for The Assassination of Gianni Versace), and a Mexican (Alfonso Cuarón for directing Roma). Sandra Oh herself became the first performer of Asian descent to win more than one Golden Globe.

The best picture winners also cover a wide ethnic spectrum in terms of their themes: from African (Green Book) to Latino (Roma) to Afro-Latino (Spider-Man: Into the Spider-Verse). You could almost say that the Globes handed out their film awards specifically to the detriment of the Caucasian contingent. Specifically, A Star Is Born, which was widely touted among prognosticators—and not just me!—to be the big winner of the night. After winning the inevitable theme song award for “Shallow,” A Star Is Born, Bradley Cooper, and Lady Gaga all came away without gold in the major categories.

So who wrested glory from A Star Is Born? This is the real head-scratcher. After making political statement after political statement in their film choices, in the midst of the second year of the #MeToo movement, and with Time’s Up bracelets being worn out in the red carpet, the Golden Globes decided to crown Bohemian Rhapsody as their best drama motion picture. Bohemian Rhapsody, which not only got pilloried by critics for treating Freddie Mercury’s conflicted sexuality like a Hallmark movie, but also got press for famously firing a director with accusations of sexual harassment hanging over his head.

True enough, Rami Malek and the filmmakers had to immediately contend with questions of why they avoided acknowledging Bryan Singer’s contributions during their wins. (Malek: “There was only one thing we needed to do, celebrate Freddie Mercury.” Producer Graham King: “That’s not something we should talk about tonight.”) Again, it’s hard to believe how the HFPA—90 people who are journalists themselves—could have thought that the press wouldn’t swarm all over this awkward choice. They could have given the top prize to If Beale Street Could Talk, a poetic indictment of color gumming up the wheels of justice. Or BlacKkKlansman, an outrageous take on racism in America.

But no, neither of these choices have the rose-tinted, kumbayah worldview that Green Book has. They’re too confrontational, too messy, too disturbing. So the Golden Globes decided to take the populist route…and ended up shooting itself in the foot. I hope the Oscars are paying attention.