This Vegas car show is all about wild custom rides 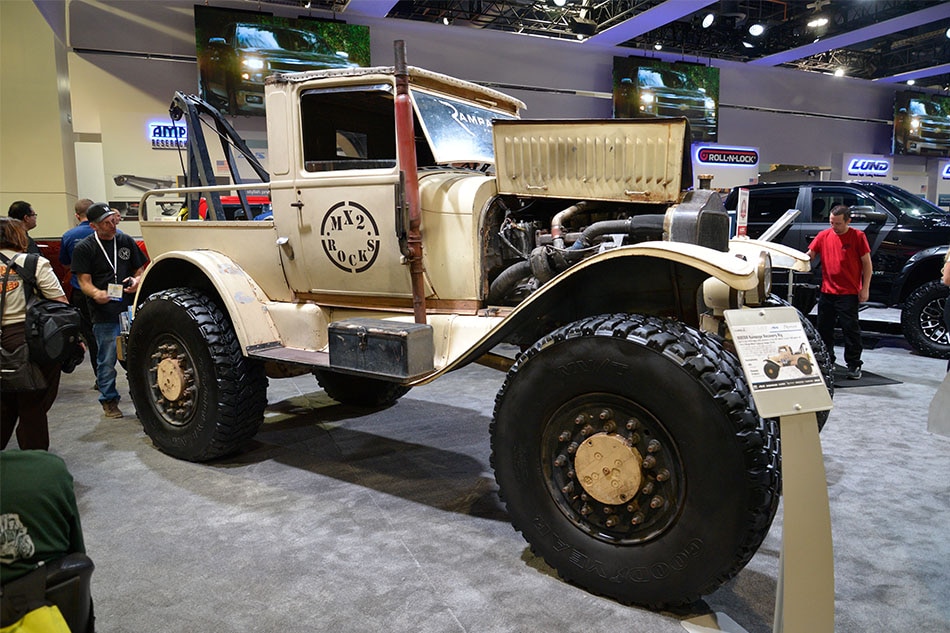 This tow rig from Rampage dates back to 1917.
Drive Cars and Bikes

This Vegas car show is all about wild custom rides

There is an event held every year in Las Vegas that brings together some of the wildest custom cars, trucks and SUVs under one roof. They call it the SEMA Show.

SEMA, which stands for the Specialty Equipment Market Association, is a group comprised of the very best in the automotive aftermarket industry, particularly in North America. In their annual flagship event, the SEMA Show, the member companies bring out their very best tricked out rides whether they're meant to tear up the race track or drop your jaw while sitting still in the parking lot.

This year's edition lived up to that promise, and since entries to the show are limited (and exclusive to the aftermarket industry and press), here's what you missed from what is easily one of the the world's greatest custom car shows.

We'll start with the biggest surprise: the Dodge Hellephant. No, that's not a production model; the name actually refers to the engine, not the car.

The engine is similar to the one found in the Dodge Demon and Hellcat, but has been customized by Mopar and is being offered for sale. The Hellephant is a 7.0-liter V8 that was built by the Fiat Chrysler group, and was tuned to produce 1000 horsepower.

At SEMA, the engine was installed in a custom (and vintage) Dodge Charger. The engine will be sold in crate form for about $20,000 (or about PhP 1.1 million).

The Ford Motor Company brought out something special for this edition of SEMA, and it's called the Ford GT Carbon Series; a special version of the 2019 Ford GT, the modern day successor to the legendary GT40 which won the 24 Hours of Le Mans four times in the late 60s.

The new model features special design touches and accents, but more importantly, it was built to be lighter through the liberal use of carbon fiber all around the car, particularly the wheels. Together with a polycarbonate engine cover, the GT Carbon was able to shed an extra 40 pounds (just under 20 kilos) of weight.

Move over Tesla, because Chevrolet wants to prove they didn't kill the electric car with this: the eCOPO Camaro.

For those unfamiliar with the term, the original Camaro COPO hails from the 60s; a high performance version of the Camaro that used a 7.0-liter V8. Vintage models are highly sought after given their performance and legendary status, but Chevrolet is reviving the name with a modern day interpretation, as well as an all-electric version called the eCOPO Camaro.

The electric version was a big hit at the show. Chevrolet says it has 700 horsepower from an 800-volt electric drive system. The result is an electric Camaro that can run a quarter mile (400 meter) dragstrip in under 10 seconds.

The Korean automaker likes to make good showing at SEMA, and 2018 was no exception. Headlining Hyundai's displays were a series of tuned versions of their turbocharged hatchback: the new Veloster​

The company came to the show with several Velosters that have been tuned for more horsepower, better handling, and overall better driving excitement. Parts such as a higher flow K&N filter, more “liberal” exhaust systems from Borla, short shifters, stiffer springs from Eibach, and more can be found on these Velosters.​

Kia wasn't to be outdone by bigger brother Hyundai at the SEMA Show, and so they came prepared... with style.

While Hyundai was focusing on improving performance, Kia worked with DUB to create two stylish versions of the Stinger and K900. The DUB K900 has a widebody kit, a trick custom interior, and a set of 24 inch rims that just fill up the wheelarches. DUB gave a similar treatment to the new Stinger saloon car; it comes with 22 inch wheels, carbon fiber parts including the hood, and a new interior as well. Both cars built by DUB have air suspension systems.

Kia also had another surprise at the show: they took a standard Kia Forte (essentially a small, Corolla-sized car) and teamed up with Red Bull and Race Service to shove a massive 3.3-liter V6 under the hood together a rear-wheel drivetrain. The result is a Kia that can well and truly drift, and looks good in Red Bull livery. 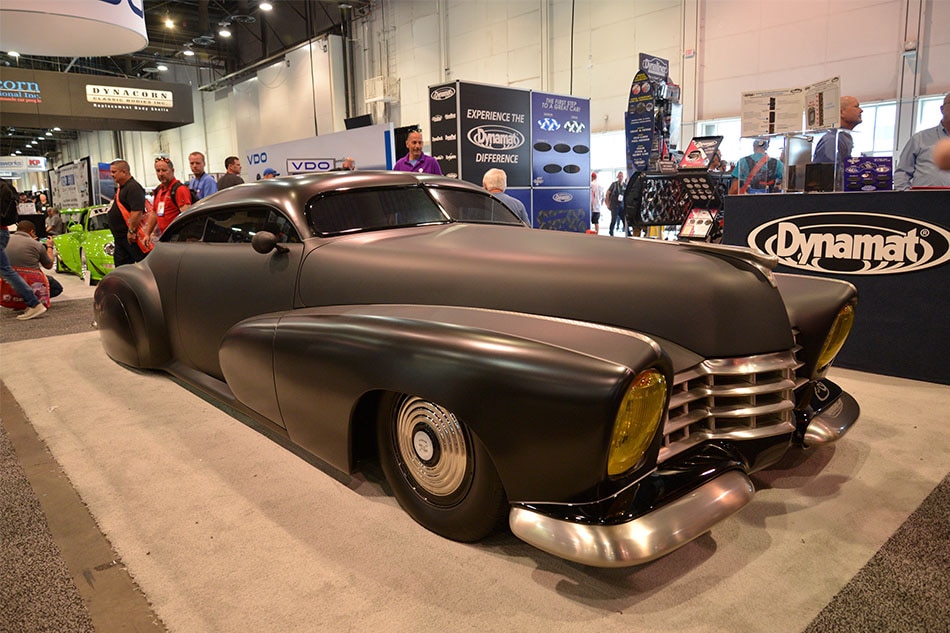 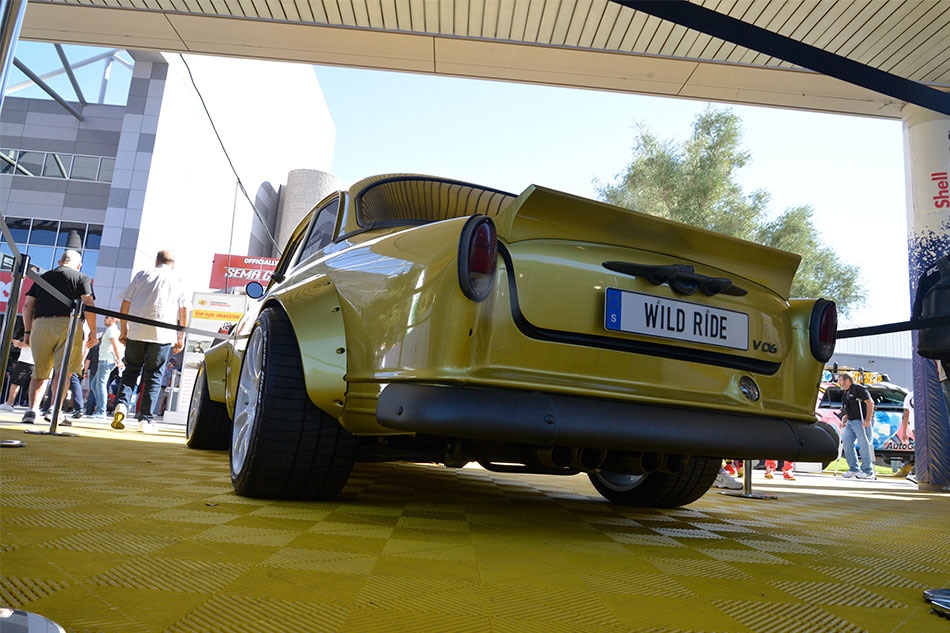 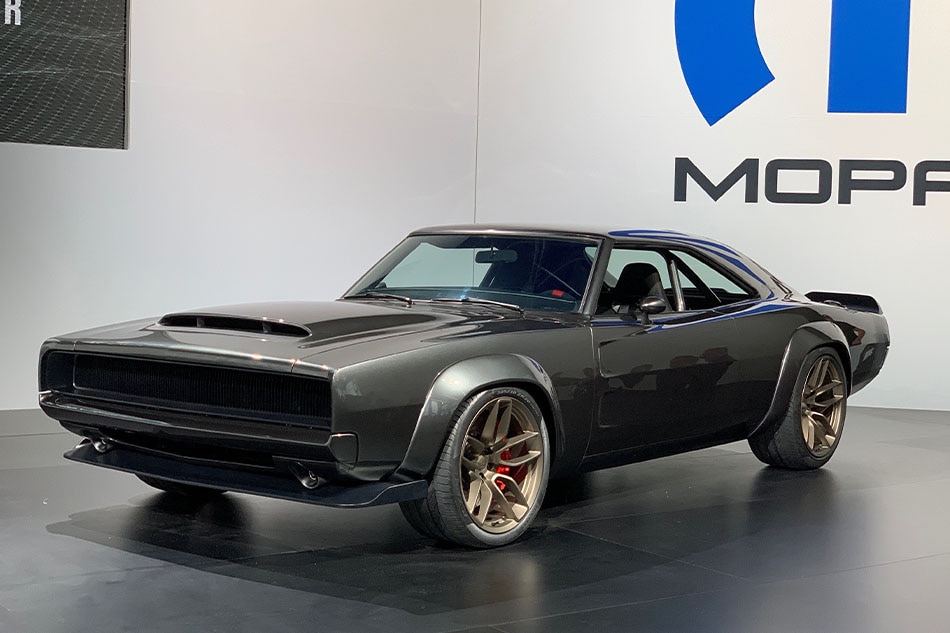 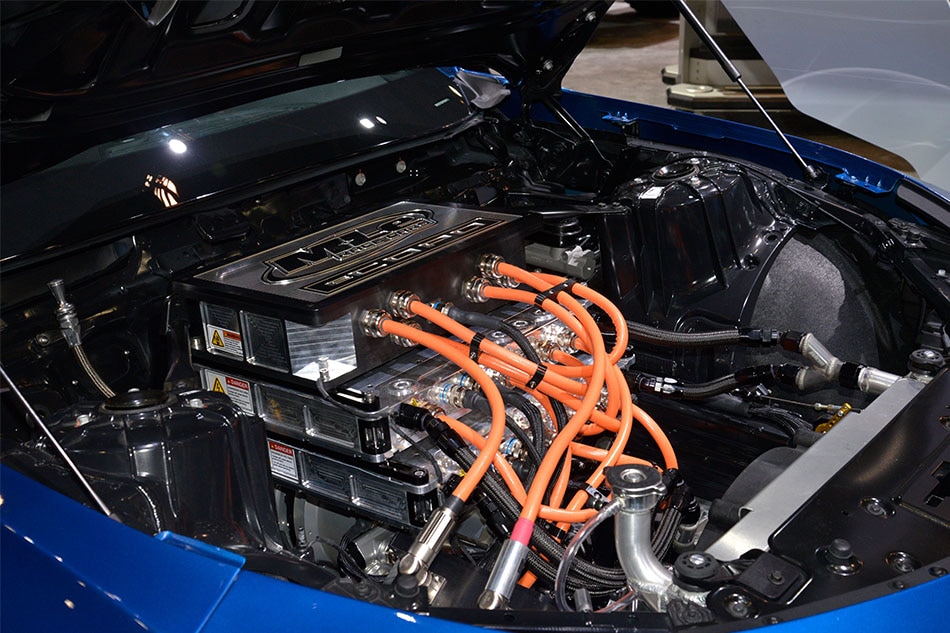 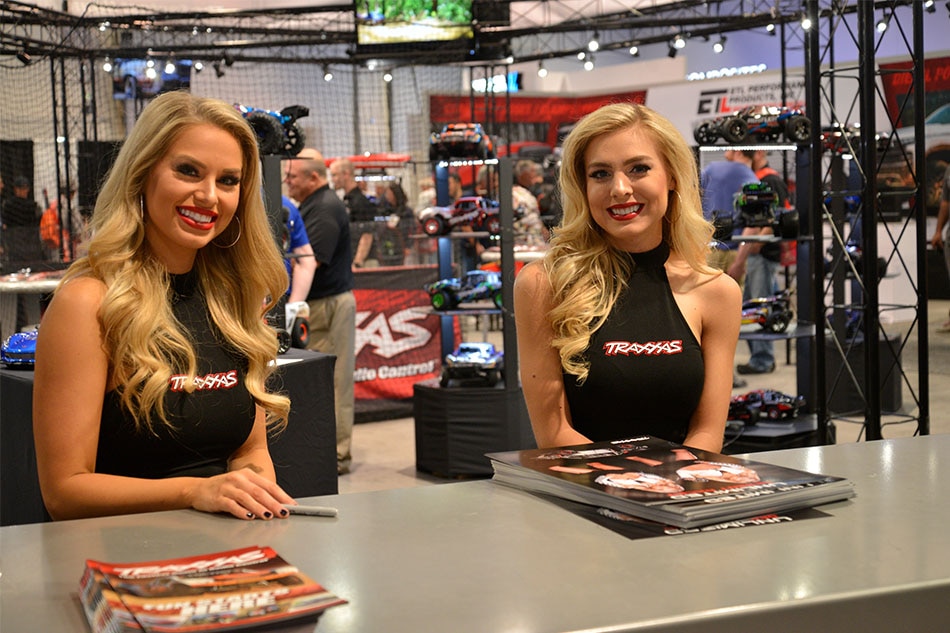 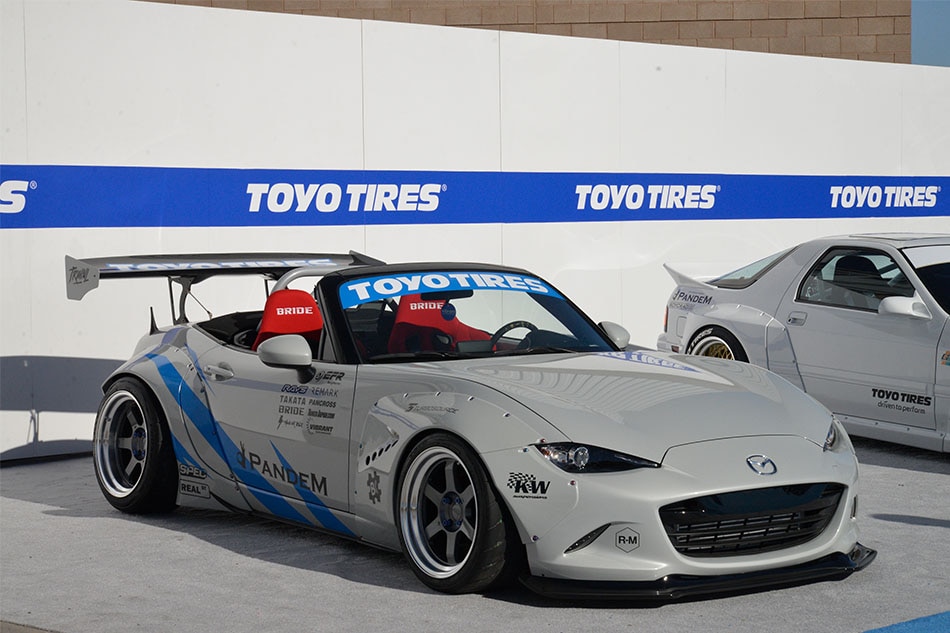 This almost looks like something from a Batman film.

This tow rig from Rampage dates back to 1917.

This vintage Volvo was given a modern day wide body makeover.

NISMO displayed a kitted out 370Z.

The Hellephant sure looks good.

The Dodge Charger from the 8th Fast and Furious movie.

No fuel lines under the hood of this Camaro, just power lines.

These few cars were but just a taste of what the SEMA Show had in store, as there are plenty of other wild custom rides littered all around during this great gathering of the automotive aftermarket industry. Like you, we'd love nothing more but to visit the show next year because photos simply don't do them justice.