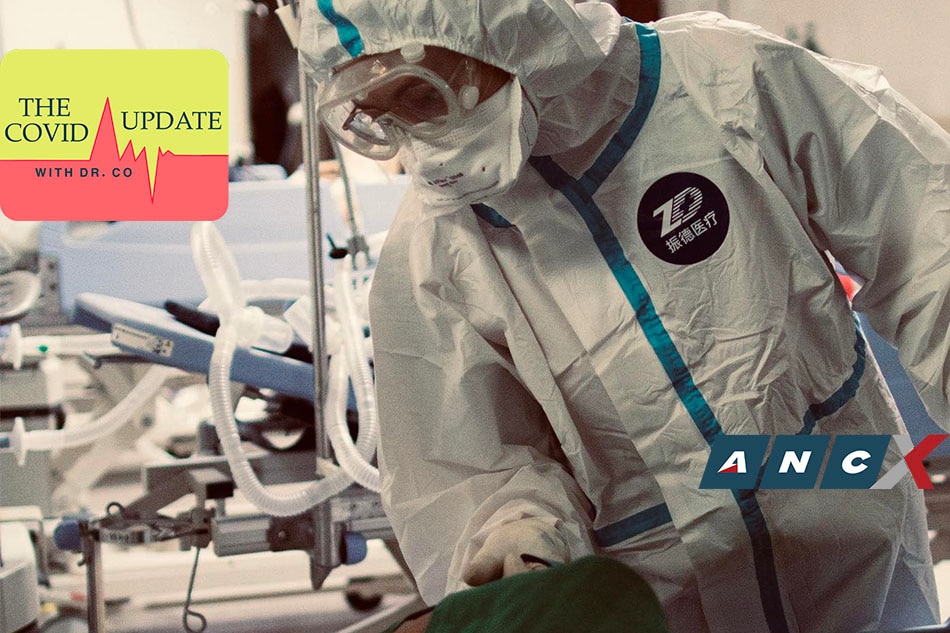 The fatality rate of the Philippines is now at 2.73 percent. REUTERS/Eloisa Lopez
Culture Spotlight

The data came extremely late. Yesterday the Department of Health (DoH) was reportedly in the process of cleaning up the information that it would release. The 4 o’clock habit had disappeared. They announced the news this morning.

There are various revisions. There are no more “fresh” and “late.” They just present it differently.

There were 2,124 positive cases from 67 out of 82 labs that reported yesterday (or 82 percent). This means that 15 laboratories still did not provide testing results—and that’s bad. Those will need to get accounted for eventually, and will either accumulate or become another backlog. (As I’ve always said, if the labs can’t submit the reports on time, they shouldn’t be doing the tests. No ifs or buts there. Late results are useless.)

Based on the announcement today, the five top provinces (and/or regions) were NCR (459), Cebu (273), and three provinces in Region IVA (134). The rest? They’re still the “others.” And that’s 1,258 cases or 59 percent that have no tagged location or belong the group of unknown or are from other regions in the country. Nevertheless, the “others” comprise the largest chunk of positive cases

While it seems that the patients are mostly mild or asymptomatic, this is not accurate information because 0.7 percent of 38,679 active cases means that 155 cases are severe and 116 cases are critical. Most likely, these severe and critical cases are within NCR and Cebu areas.

While there are significant recoveries (2,009), bringing up the recovery rate to 29 percent, there are significant deaths (162), bringing our fatality rate to 2.73 percent (from a previous 2.53 percent). This total number of deaths reported go as far back as May (yellow bars in the infographics), with most of them occurring June to July. These death were previously unreported and are hence considered newly reported deaths.

Most of the current deaths are from Region VII (see infographics where Region VII is represented in orange) compared to fatalities in NCR.

In terms of testing capacity, the number of samples tested is not anymore indicated. Instead, what is provided is the summary of individuals tested and the total number of testing laboratories (RT-PCR or Gene Expert) that are accredited so far.

Finally, there is the overall summary of the case fatality rate (comparing it to the world), testing capacity (comparing it to the suggested positivity rate of the World Health Organization), and finally, the R0 (or reproduction number) where we need to keep it below 1 and not use the global numbers and say that we’re faring better in spite of a general R0 of 1.23.

While the new infographics provide information on the current condition of the pandemic in the Philippines, it is not granular enough. I am not sure if they will continue to provide grittier information in the future, but I hope they do because policies depend on more specific information and not just a wide swipe at generalities.

The “others” remain to be a wonder as the data drop has not provided enough information in the past several days that we end up wondering, guessing, and trying to digest the various types of information the Health Agency provides us.

The week in review

To say that this was one of the worst weeks we’ve have is an understatement. With the dizzying reports coming in from the Health Agency, here’s how we fared and how we’ve done so far in this pandemic.

But so that everyone has an idea on what happened, here’s a summary of that week.

The graph below shows the seven-day rolling average for deaths among COVID-19 cases since five daily new deaths were first reported.

Over the last week, the numbers have taken a steeper upward trajectory as we pass the 2,000 mark on some of the days. Notice in the chart, the positive rate of our cases based on testing data. In the beginning of the pandemic, our positive rate was between 10 to 20 percent (red line). With more testing done almost 75 days ago, the positive rate fell between 3 to 10 percent. (Based on yesterday’s data, we are at 7.6 percent cumulative average.)

Aggressive testing over the past week is responsible for the increase in number of cases. Sadly, the fact that the source of transmission is now community transmission makes contact tracing more challenging.

There was a point in time when the Philippines began to “bend” the curve. This was sustained a few weeks after the Enhanced Community Quarantine (ECQ) was gradually phased to less stricter standards because of the economic effect in the country. Obviously, one can see the correlation between a more lax lockdown and the increase in cases, especially in highly urbanized and congested areas like NCR, Region VII, and Region IVA. The three aforementioned regions alone are responsible for 70 percent of the total COVID-19 cases in the country with NCR alone contributing to 43 percent or close to half the total cases.

There are close to 13 million confirmed cases of coronavirus (SARS-CoV-2) with close to 220,000 new confirmed cases yesterday. We register a new record high for new coronavirus cases as of July 11, 2020. Total number of deaths reported on the same date was 4,903. The seven-day average for new cases is up at 205,220 cases/day and deaths at approximately 4,880/day.

The global case fatality rate is lower at 4.42 percent and recovery rate lower at 58.2 percent due to record high number of cases over the past week. Recovery rates are not very reliable indicators because they are subjective to the country’s definition of how and when they consider patients “recovered.”

The case fatality rate in the US is now at 4.09 percent with 3,355,781 cases as of this report. The US still has the second highest number of deaths globally with 732 fatalities overnight.

Brazil stays in second spot with more than 1.8 million cases and continues to report the highest death cases in the world with 968 deaths yesterday. At the current growth rate in new cases in Brazil, they are bound to reach the two Million mark in five days.

South Africa reported 13,497 new cases overnight to replace Iran in 10th place. It is the first African nation to be in the top ten.

With the more than 2,000 cases reported today and the 162 deaths, the Philippines overtakes Oman and is a little over 19,000 cases shy of closing in to Indonesia in the overall tally of cases worldwide.