Gabby Lopez to Congress: ‘I am first and foremost a Filipino. I will live, I will die in the Philippines’ 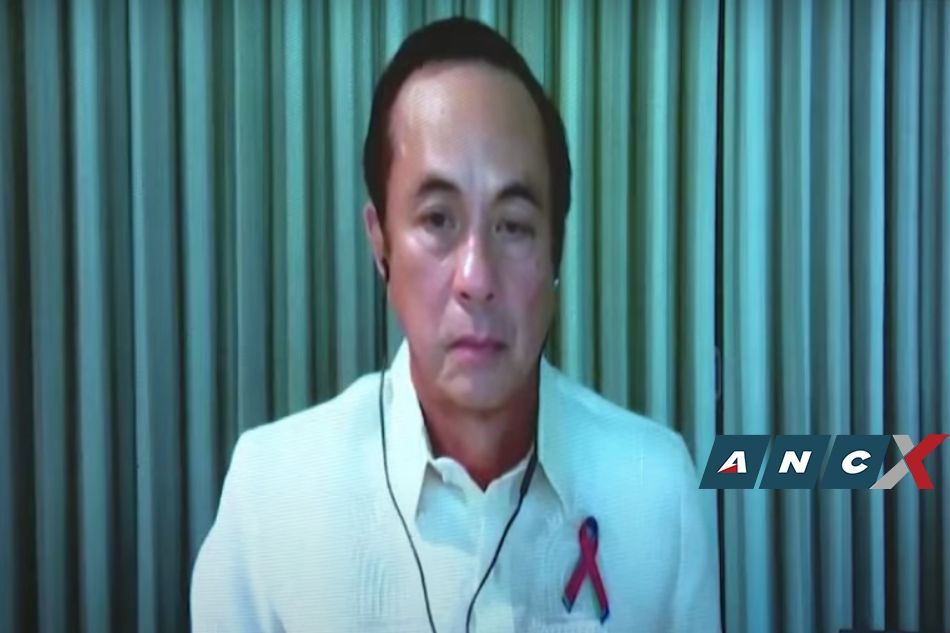 Gabby Lopez to Congress: ‘I am first and foremost a Filipino. I will live, I will die in the Philippines’

“I have been committed to the people of this country,” the ABS-CBN Corp. Chairman Emeritus told Congress today on the issue of his citizenship. By RHIA GRANA
ANCX | Jun 03 2020
facebook twitter

Several issues were scheduled to be tackled this morning at the third congressional hearing on the renewal of the ABS-CBN legislative franchise. House Committee on Good Government and Public Accountability, Rep. Jonathan Sy-Alvarado enumerated them as follows: “Whether or not the acquisition of ABS-CBN by the Lopez family after the EDSA Revolution was pursuant to the constitution. Whether or not ABS-CBN application violated the 50-year constitutional limitation for a franchise.” And then finally, “Whether or not ABS-CBN violated the 100% Filipino ownership management of mass media, which is divided into two”—the citizenship of Mr. Eugenio “Gabby” Lopez III and the possible foreign ownership of the network in the form of PDRs (Philippine Depository Receipts).

But it was decided the proceedings jump straight to the subject of Gabby Lopez’s citizenship. The ABS-CBN Corp. Chairman Emeritus, invited for questioning, was making a rare public appearance. It was agreed by the Committee that the question of citizenship will be tackled first, since foreign ownership of mass media is the first prohibition in the constitution, said Rep. Alvarado.

Lopez attended the hearing via Zoom wearing a barong with the ABS-CBN insignia of red, green, and blue ribbon pinned on his chest. He appeared composed and answered the questions politely. Did he ever take the US pledge of allegiance after the flag ceremony when he was a student? Lopez said he had his primary and secondary education in the Philippines, and was never required to do it in college and when he took up his Masters in the US. Why did he need to apply for recognition of Filipino citizenship? Lopez said that although he was born to Filipino parents, he was born in the US so he did not have a Filipino birth certificate—he took it upon himself to file for the petition at the Bureau of Immigration and the Department of Justice.

When Rep. Claudine Diana Bautista of Dumper PTDA Partylist inquired if Lopez continued to use his US passport after securing his Philippine passport in 2001, Lopez’s counsel Atty. Mario Bautista answered in the affirmative but cited Supreme Court cases stating that the use of an alien or foreign passport does not signify that an individual is not Filipino.

After a while, Rep. Boying Remulla inquired about Lopez’s citizenship. “Is he 100 percent Filipino or 100% American, or 50% Filipino and 50% American?” Atty. Bautista’s answer: “He is po a dual citizen. Dual citizen po si Mr. Gabby Lopez.” But he made it clear that because both of Lopez’s parents are Filipino, he is —according to the 1935 Constitution—a natural born Filipino.

Pressing on the issue of allegiance in connection with Lopez’s dual citizenship, Rep. Mike Defensor cited Article 4 Section 5 of the 1987 Constitution, with emphasis on “dual allegiance of citizens” being “inimical to the national interest and shall be dealt with by law.”

“Kung ipinanganak ka sa Tsina, half-Chinese, half Filipino, now we have the situation of the West Philippine Sea, can you imagine the situation of an owner of a broadcasting station in the Philippines, who is half Filipino and half Chinese?” Defensor said, steering the discussion toward the issue of protecting public interest. He said an owner of a mass media company has to be required full Filipino citizenship.

In a message that would become the highlight of the whole proceeding, Lopez replied to this statement: “I think Cong. Defensor’s words are very well taken. I stand by my record over the last 35 years. I have been committed to the people of this country. It is a trust that had been passed on to me by my father, and by his father before him. Gina Lopez is not an outlier in our family. She is part and parcel of the way our family thinks. We are, in fact, totally dedicated in the service of the Filipino. It is a trust that had been given to me and in fact I always tell our employees ‘dito sa ABS-CBN po, it is not just a job, it is a calling.’ So please, if you are going to look beyond the technicality and talk about allegiance, look at my record over the last 35 years po.”

When prodded by Defensor if he had never considered renouncing his American citizenship and obtain full Filipino citizenship, he answered: “Yes, I have considered it. But the way I see it, I am first and foremost a Filipino. I will live, I will die in the Philippines. That is certainly the family’s position and we are seven generations of Lopezes in the Philippines. Frankly, the issue of being a dual citizen is not even something that I think about. I know in my heart that I’m a Filipino. All my actions in the last 35 years I’ve been associated with ABS-CBN has been in the service of the Filipino. You are right, it is something I should consider but it was never something that I felt was an issue in terms of any of my actions. If it came down to conflict of interest, I will give up my US citizenship in a minute.”

The hearing lasted almost three hours and was only able to cover the issue of Lopez’s citizenship.