On becoming the old guy at the wedding 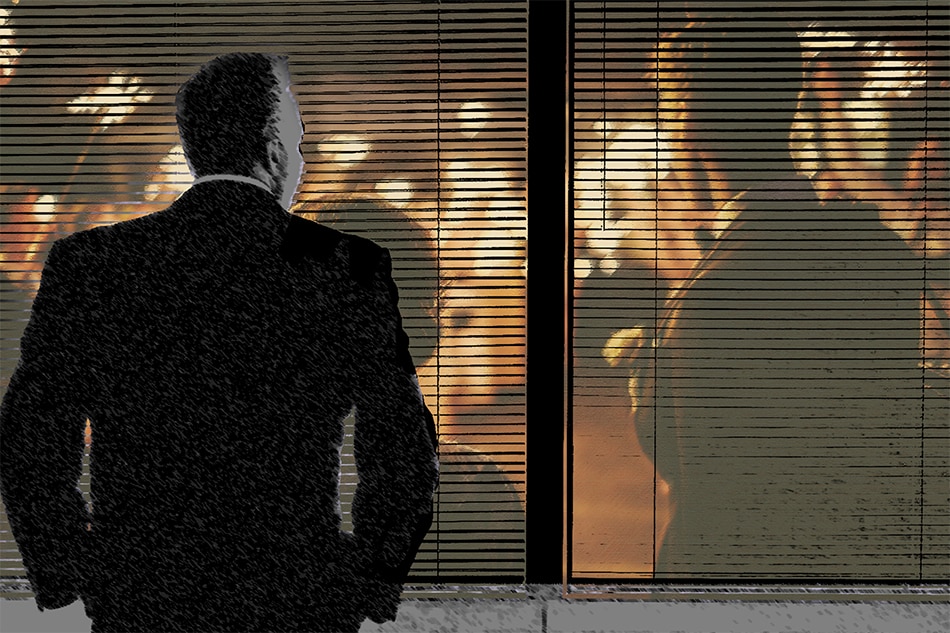 On becoming the old guy at the wedding

As we left the reception party, the couple’s friends cranked up the music, loosened their ties, and broke out the booze. And that’s when it hit me.
Ricky Carandang | Feb 27 2019
facebook twitter

Yesterday, I was a guest at the wedding of my partner’s son. He and his bride were in their late 20s and wanted a simple ceremony attended by family and close friends. It wasn’t going to be one of those big fat Filipino weddings with over 400 people, but an intimate affair with less than a hundred, all of whom were invited by the couple and not their parents.

This was a departure from custom, since weddings in the Philippines are typically staged by the couple’s parents to announce their social status, inviting every important person they’ve come into contact with so they can show them off to everyone they’ve known since birth.

At the reception, the speeches were touching and funny and corny, but all were heartfelt. We laughed, we cried, we wished them well.

And as we left, the couple’s friends cranked up the music, loosened their ties, broke out the booze, and partied all afternoon (it was a morning wedding).

That’s when it hit me: I have just entered that stage in my life that when I go to a wedding, people wait for me to leave before they party. I have become what I always referred to somewhat dismissively as “one of the old people.” And its sort of true. More than half of the guests were younger than me. The good natured heckling of the bride and groom wasn’t coming from me and my table, the way it always used to.

Most telling was that the people at my table were more inclined to drink refined, mood-mellowing, single malt scotch instead of the usual shot of life-giving, inhibition-banishing tequila.

Before last year, weddings I attended were mostly those of friends or cousins. We’d be slightly hung over from the previous night and looking forward to the speeches and toasts but we’d head to a nearby bar or wait for the older people to leave before the real partying began. We’d mourn the loss of our friend’s singlehood and celebrate our own by checking out the female guests and seeing who we could strike up a conversation with. The usual thing that guys in their twenties and thirties do without crossing the line into douchebaggery.

As the years and weddings went by, most of us tried to keep it up. But while many didn’t have to go home early, you could see how a few were starting to beg off from the hard partying—because their kids had a football game in the morning, or they had to have lunch the next day with their in- laws. Still, most of us could afford to set aside the everyday concerns of work, at least for a night or two. But adulting was slowly getting harder to avoid.

Today after this last wedding, I realized we have no choice but to surrender to time. I’m now in my fifth decade and am beginning to accept that middle age isn’t so bad. I’m not as strong or as fast as I used to be but I can still climb mountains. I can still go surfing and snowboarding. I can still party. But people defer to me more as if I’ve paid my dues and am now imbued with some amount of wisdom. I’m finally comfortable in my skin and more free to say and do what I want because I don’t need to impress anyone anymore. I’ve learned that listening to people is just as important as getting your point across. And I honestly don’t mind if I’m not at the after party anymore.

I will occasionally still rage against the dimming of the light, but now I accept that it will dim and eventually die and there’s nothing I can do about it. And I’m good with that. But I will, to my dying day, always drink tequila.