We saw the most beautiful film of 2018, and we just found the words to describe it 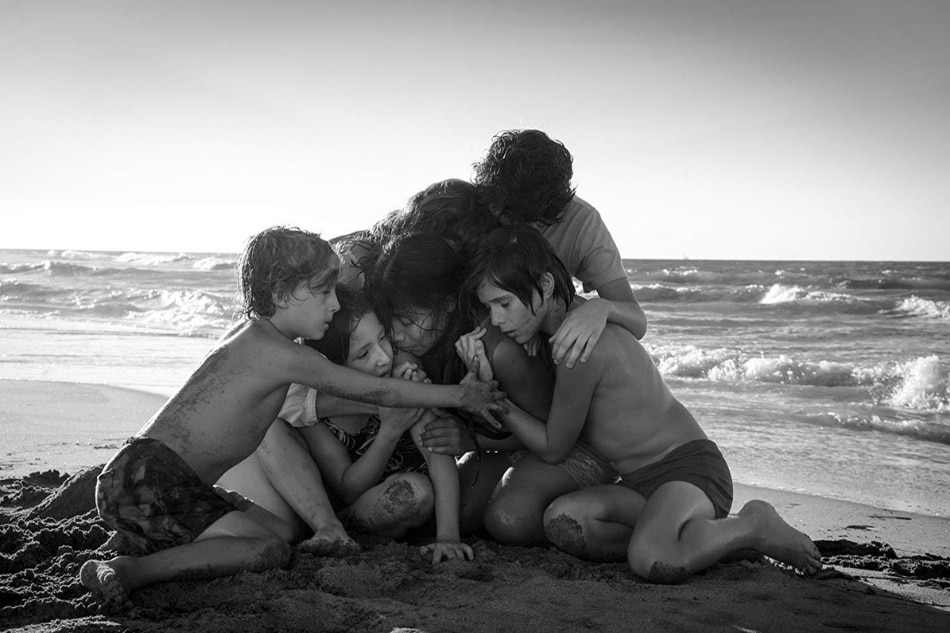 We saw the most beautiful film of 2018, and we just found the words to describe it

This Golden Lion winner streaming on Netflix this weekend is called Roma, is made by a Mexican, and is as Filipino as your yaya.
Andrew Paredes | Dec 14 2018
facebook twitter

The old-rich families who trace their bloodlines to a peninsulare origin story might cringe, but we actually have more in common with Mexico than Spain: folk Catholicism, the history of colonialism…even our looks converge. And when you stream Alfonso Cuarón’s transcendent, devastating Roma on Netflix sometime this weekend, you will see just how deep our similarities run. This autobiographical meditation on life in Mexico City in the early ‘70s is the Oscar-winning director’s tribute to the strong women who raised him, most especially to the nanny who put him to bed then poured his juice when he got up.

The stand-in for Cuarón’s second mother is Cleo (Yalitza Aparicio), delivering an understated, smashing performance in her debut role). She is one of two live-in maids for doctor Toño (Diego Cortina Autrey) and non-practicing biochemist Sofia (Marina de Tavira), their rambunctious brood of three sons and a daughter, and maternal grandmother (Verónica García). The camera follows her routine, plunking itself down in the middle of the house like an unobtrusive family member, watching as she gathers laundry, washes the dishes, and at the start of the film, cleans the family garage of dog poop (a humorous recurring motif). Roma doesn’t so much follow a plot as elide from memory to memory—one moment she’s excitedly running to a café with her fellow servant (Nancy García) to meet their dates on their day off, the next she’s settling down to watch TV with the family. Later on in the film, Cleo finds out that she’s been impregnated by her date, a martial-arts aficionado named Fermin (Jorge Antonio Guerrero), who first abandons her at a movie theater then vehemently rejects her claim, only to encounter her again in one of the film’s most harrowing and most ambitiously staged set pieces.

The poetry and profundity of Roma lie in its throwaway details—a middle son’s arm draped companionably around Cleo’s shoulders as she watches TV with them; the fastidious way the family patriarch steers his unwieldy Galaxy into the narrow family garage; his wife berating Cleo then commiserating with her. The film opens on one such casual but telling detail: As water rushes over the tiles of the garage, it reflects an airplane flying overhead. It’s a symbol of time and change overtaking us all.

But unlike Cuarón’s calling card to cinephiles everywhere, Y Tu Mama También, the family is not insulated from the changes happening around them, no matter how oblivious they are or wish they could be. Chaos crashes painfully into all their lives—a disintegrating marriage, an unwanted pregnancy, a forest fire. The upheaval is most visceral in the Corpus Christi massacre of 1971, where the camera first observes government-trained paramilitaries slaughtering student protestors from a department store window, until the violence bursts into close proximity, and Cleo is forced to confront an awful truth about her deadbeat lover. What makes Roma transcendent is how Cleo and the characters around her struggle against that chaos, meeting pain with love.

Cuarón shot Roma in black-and-white, making the film look like a callback to the neorealist influences of Fellini and De Sica. But in case you’re rolling your eyes at the namedropping of European filmmakers, rest assured that the black-and-white isn’t pretentious—it emphasizes the feeling of the entire film being a memory piece. And yet it is more than a nostalgic device; Cuarón’s frames are crisp with a remarkable depth of field. The effect is jaw-dropping—scene after beautifully shot scene unfurl in front of you, giving even the mundane act of consoling a dejected bunso heartbreaking grace.

If you’ve made it this far into the review, you might have noticed my deliberate use of a Tagalog word in the previous sentence. Roma may be a unanimous critical darling all over the world, but amazingly, it is also a deeply Filipino story. Martial Law babies, anyone who has ever employed a maid, anyone who has ever loved the stranger who raised them—everybody will see themselves in it. Roma will hit your heart in every way, in every direction. It demands to be seen. It demands to be felt. It is the best film of 2018.