Dear TV gods, we need 'The Buzz' back in our lives 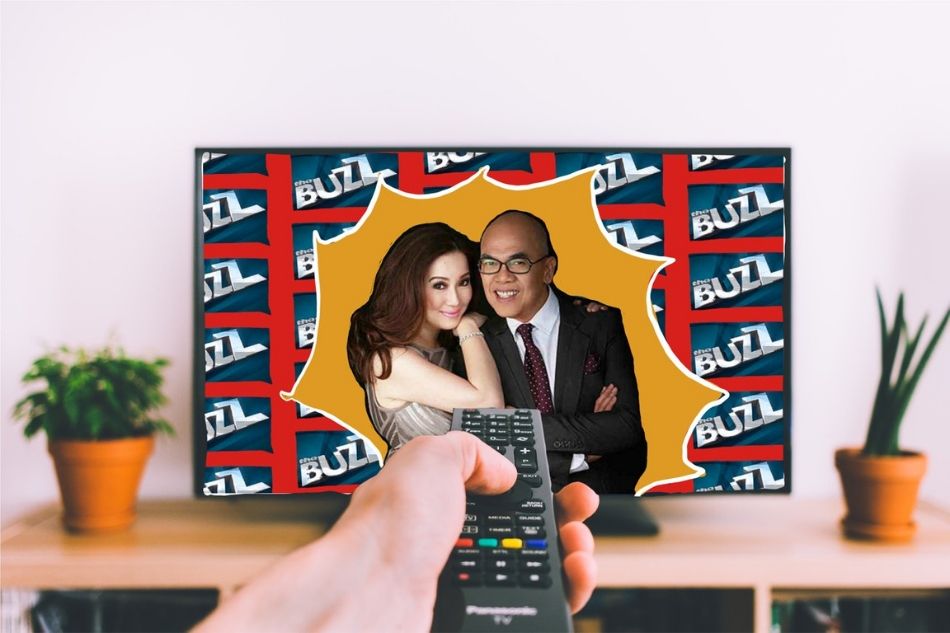 Dear TV gods, we need 'The Buzz' back in our lives

Because ever since it went off the air in 2015, Sundays have never been the same
Annie Deveraux | Aug 13 2019
facebook twitter

While on the third slide of Julia Barretto’s strongly worded dressing down of Bea Alonzo on Instagram last week, it suddenly dawned on us: Where is The Buzz when you need it most? And can we have it back on TV, stat?

Because you have to admit there’s never been anything like it. “The Number One Showbiz Authority,” it used to proudly claim—and it didn’t take that claim lightly. Everyone who was anyone talked to The Buzz. Whether you’re going into a relationship or getting out of one; whether you’re victim or abuser; legal wife or the mistress; sinner or saint. The show was both loud and glamorous, ever so masa but ever so glossy, watched by everyone—from the donya in Essensa to the dispatsadora in Echague.

When it bowed out of the face of television more than four years ago, our Sundays have never been the same. I mean, it used to be our church pre-game; and now we’re all, excuse the post-Buzz lingo, nganga. Or deep into cooking ginataan for merienda, for lack of a more amusing thing to do. We’ve even perfected making bilo-bilo from scratch.

Imagine if Kris and Boy were still at it, in the same studio, at exactly 4 o' clock Sunday afternoon, with Toni thrown in, or maybe even Charlene or Gretchen or Ruffa or, sige na nga, ‘Nay Cristy na rin? Then that IG slideshow would have had Julia’s voice. It would have been injected with so much production value, it would not only have the beleaguered star’s physical presence but Gerald’s, too, and possibly Bea’s, and at least two from the holy trinity of Barrettos: Clau and Gretch, or Clau and Marjorie. And the entire country will come to a halt—and have that shared experience of witnessing, in the same hour or so, the latest in entertainment news be told investigative-reportage style.

Next day, we will relive the experience by talking about it, by dissecting it, by arguing about this statement or that, in every pantry in the archipelago—just like old times. The Buzz brought us together as a nation like no SONA ever did.

We’re not in the sign-the-petition stage yet, but at least hear us out: here are the reasons why we believe we need to bring back The Buzz:

Because there’s nothing like Boy Abunda’s booming voice to wake us out of a Sunday afternoon stupor with not only his Eksklusibos! — but Eksplosibos! Remember when we looked forward to his weekly designer ensembles? Spiky boots, grommets, avant- garde tops, tiger-print on leopard. Name it, Boy didn’t fear it. His outfits were explosives themselves—and yet he was the calm, intent listener to the woes and joys of the person across him come Q and A time. And the voice of reason come P.O.V. time. (Only a real The Buzz fan would know how to spell this out: Points, Opinions and Violent Reactions, a segment where the hosts give their personal take on issues—which, at one point, inspired a Ruffa walkout.)

We miss how everyone is updated with all the show biz happenings come dinner time. These days we have to make the cumbersome effort of forwarding links.

We miss the Top 10 Show Biz Happenings of the Week. Sorry, Pep, we prefer our show biz news curated.

We also miss our scandals reported like it’s The Probe Team—exhaustive research, backed with all the pertinent interviews, done with concise storytelling. This profile alone of the Barretto sisters during one of their famous fights illustrates this point.

The Buzz is gossip in designer duds. Gretchen’s costume changes alone were worth the cover price—and pre-Instagram, the show gave La Greta a venue to happily flaunt her Blahniks and Bvlgaris. And Kris Aquino her Custo Barcelonas. Remember those? The show knew the power of clothes—or at least the artistas did: every time there was a big revelation, the revealer was always decked out in white.

Because, really, no matter what your opinion is of Kris Aquino, there’s nothing like watching her spew out her signature unguarded remarks on live TV. Also, whether you like her or not, Instagram is just too little a screen for her outsize personality, the world of unboxing too small time for her brand of unloading.

Because without The Buzz, we won’t get updated on who are Tinseltown’s latest starlets—who get their yearly 15 minutes of fame via The Buzz’s coverage of Boracay’s yearly Holy Week walwal.

Because in the age of social media where every Tom, Dick and Carmi  “share” their opinion like they truly know every back story to every piece of gossip, we miss watching and hearing real insiders comment on a world they know best.

Because yes, while there are many other things more important to think about in this world—the drug war, climate change, our families—many of us are not above prying into other people’s lives: into Julia’s and Gerald’s and John Lloyd’s and Ellen’s and that alleged TPO. That’s why it’s called a guilty pleasure. That’s why we need The Buzz—to put together all our pertinent entertainment news for the week in the neat little package of an hour so we can think about the more important things.